No more condensation in the kitchen

Milan, Eurocucina – FTK, Salone del Mobile 2016.
Faber presents Steam Off System, the innovative technology that eliminates the stagnation of steam, the detrimental problem of condensation on kitchen furniture. The first models fitted with this technology are Ilma and Luft, and they are making their world début at the Faber stand.

Steam Off System: the only technology on the market that eliminates the stagnation of steam 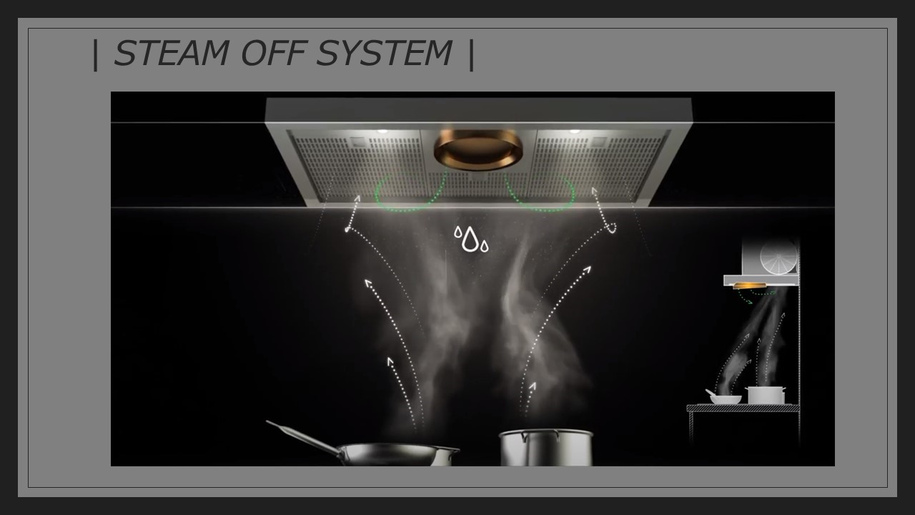 An exclusive Faber patent, the Steam Off System is designed to deliver real controlled vortices of air that carry fumes and steam upward to the extraction area of the hood. This process prevents steam from stagnating and eliminates the formation of condensation on both the surface of the hood and the wall unit doors. It also guarantees excellent results in terms of fume extraction, even at the lowest speeds.

Its dynamics is reminiscent of breathing. The Steam off System, in fact, allows the hood to suck up fumes and steam. Thanks to this system, we can say goodbye to the annoying problem of condensation and its deposit of moisture under and around the hood.

This technology is efficient throughout, as much for the more traditional models as for modern induction hobs, where the problem of condensation is more noticeable due to overheating of the plate.

Covered in stainless steel, Luft is the hood suited to the needs of those who intensely experience the kitchen environment as it provides ultimate comfort and practicality. 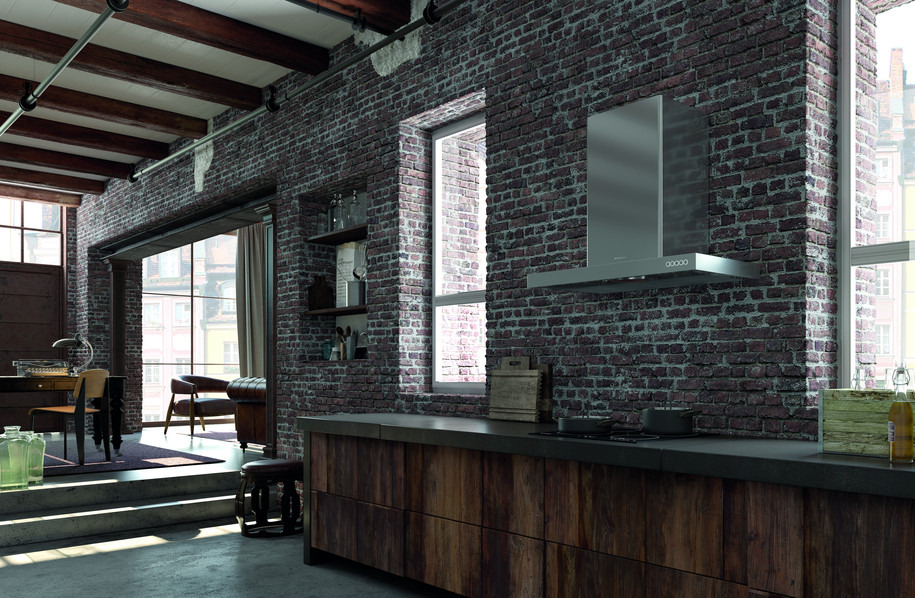 A wall model with thin lines, Luft attains the highest standards in terms of air treatment thanks to the innovative Steam Off System. The hood is quickly and conveniently controlled with the touch control, whereas its LED lights illuminate the cooking hob to ensure optimum light distribution.


Ilma, the built-in hood that protects the kitchen furniture

Ilma is the exclusive Faber built-in hood that takes care of the furniture housing it. 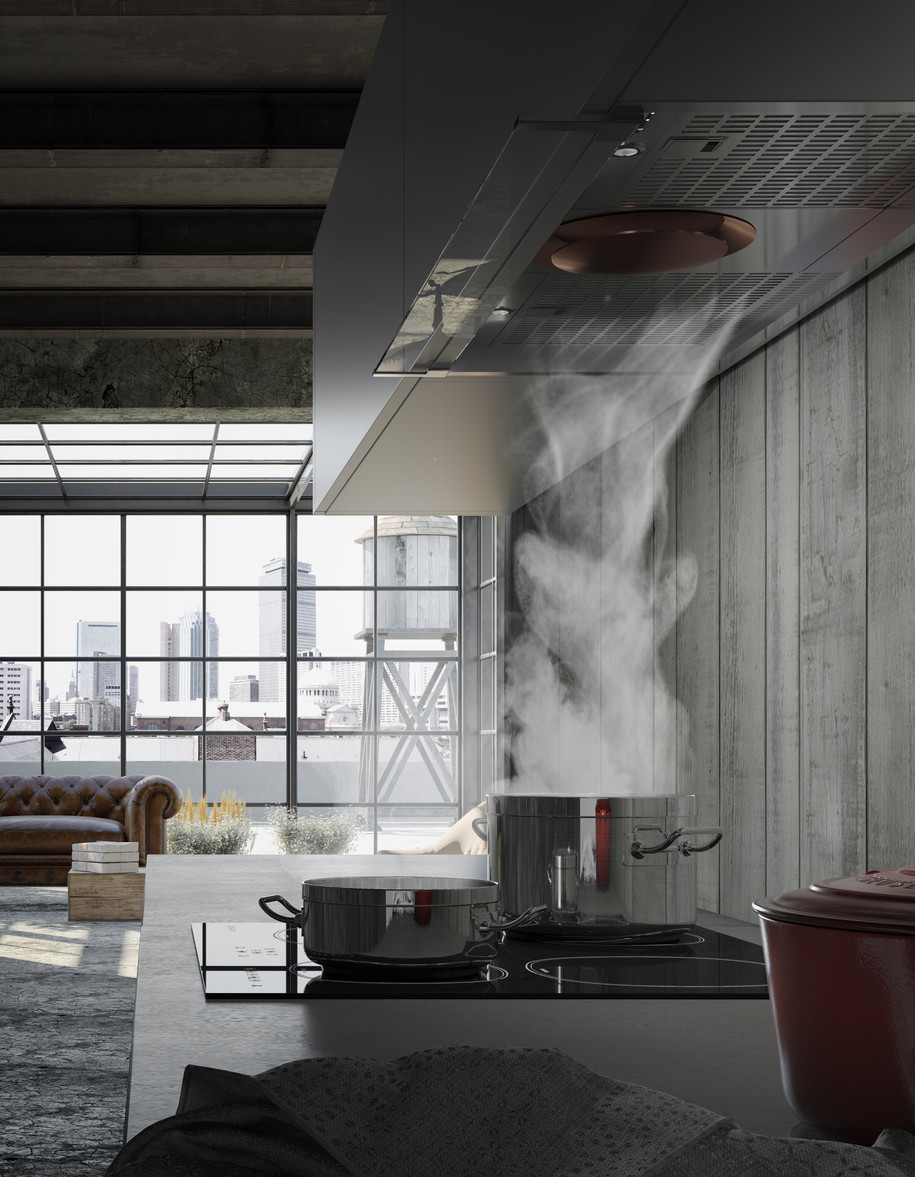 Made of stainless steel, this model comes with a handy glass flap to raise or lower, as the consumer requires. It controls the air direction and focusses it on the cooking hob, thus ensuring greater extraction of fumes and steam. Its practicality reaches very high standards thanks to Faber’s new Steam Off System technology, which channels the steam to prevent the annoying problem of condensation and to protect the wall unit containing the hood.

Technological benefits of Luft and Ilma:

Steam Off System: Faber totally eliminates the condensation effect under and around the hood. Controlled air jets released in a helical shape and with variable geometry create two vortices that control the intake of smoke and steam.

Remote control option: on request, Faber hoods with electronic controls can be used via remote control, which is especially useful for people with reduced mobility.

With the Faber Zero Drip Plus hood, condensation is no longer a problem

Two models with vertical development equipped with heating elements to eliminate the annoying problem of humidity released during cooking. 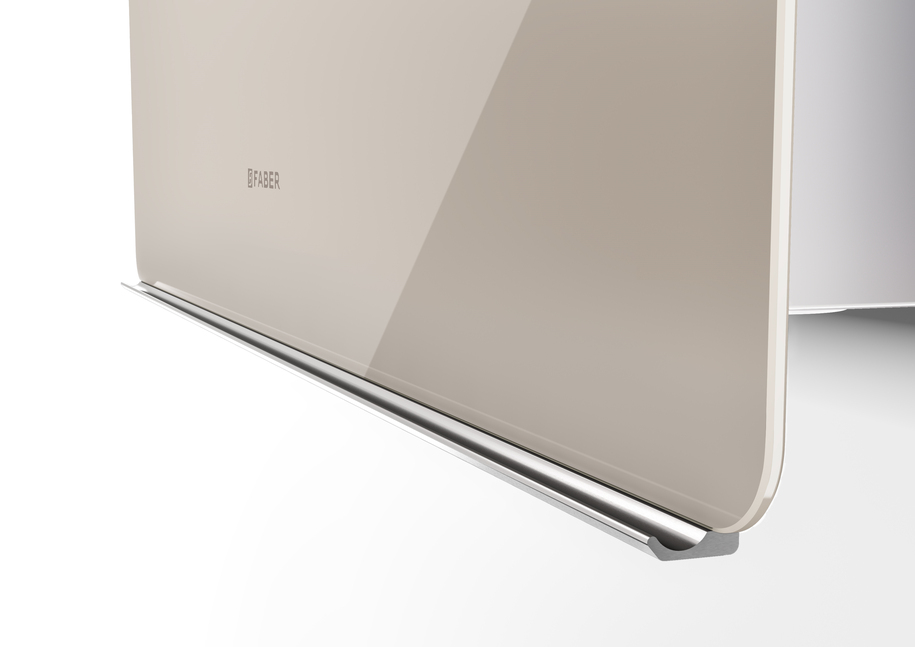 Minimal lines enriched by the contrast between the matte surface of the front panel and the glossy touch controls.

The new Zero Drip Plus range by Faber, the world leader in the production of cooker hoods, protects wall units from humidity and avoids annoying drips falling onto the hob. Invisible heating elements on the front panel evaporate the condensation instantly. Simply press the button with the drop symbol to see it clear as fast as it forms. 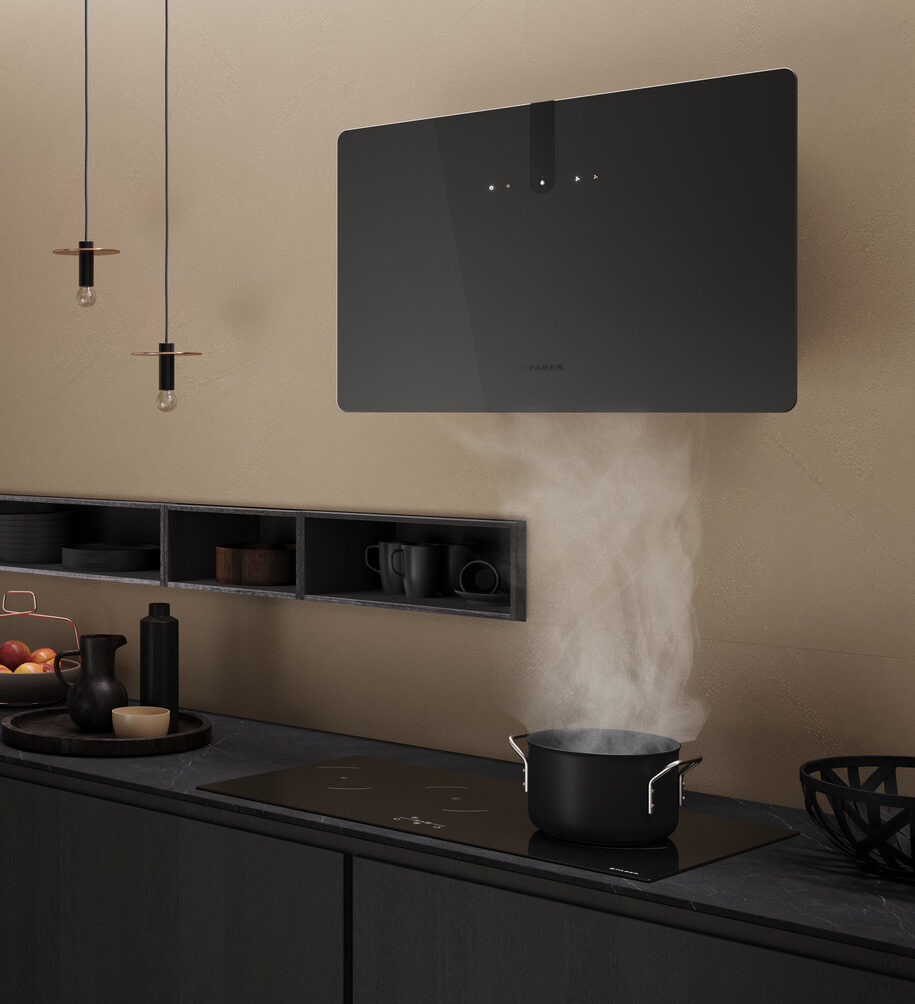 It is a highly effective solution to solve the annoying issue caused by the big thermal difference between the hot part near the pot and the cold part above. Condensation can cause malfunctions of the appliances as well as the swelling of the furniture units and their gradual deterioration. 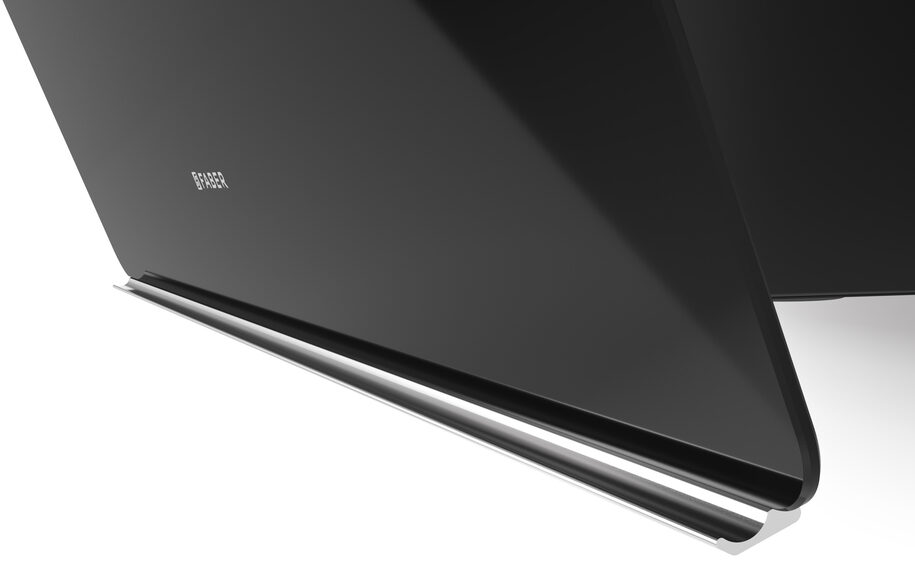 LED lights are fitted on the base of the hood to fully illuminate the surface underneath. The Nautilus motor in the Glam Fit Zero Drip Plus vertical flat model makes the product very slim without sacrificing extraction performance.

The Zero Drip Plus line complements the range of Faber anti-condensation hoods joining the distinctive models equipped with exclusive Steam Off System technology based on the emission of controlled air vortices. With this new solution, Faber offers condensate containment features for vertical hoods as well. 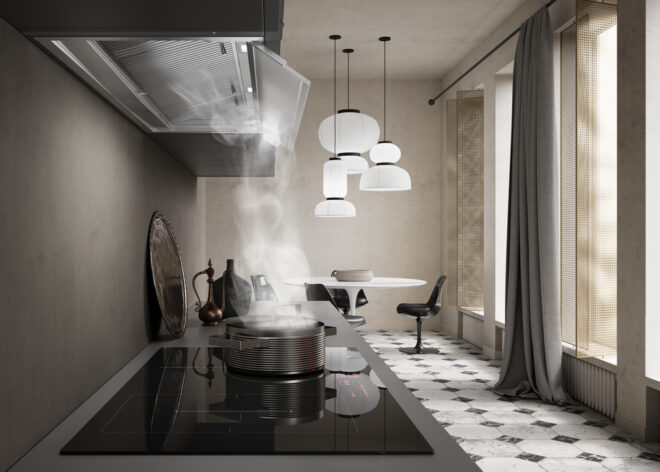 Established in 1955 as a company specializing in the processing of plastic materials and synthetic resins, from 1958 Faber focused on the production of extractor hoods for use in the kitchen, manufacturing the first model in Plexiglas and creating what is commonly referred to as the “Fabriano hood district”. The strong passion and determination to achieve its goals have ensured the expansion of this local business on a European and then a global scale, and the continuing acquisition of multiple production sites. Now present in 4 continents, with production plants in 8 different countries including Italy, Sweden, France, Argentina, Turkey, India, Russia and Mexico, with the addition of a sales department in USA, Faber is in fact among the top three world manufacturers of cooker hoods. In Italy, where one in every two hoods is Faber, the Group is number one in its field, while at an international level it is present with its own brand as well as with local leading brands.

The ongoing internationalization process to open up to new challenges has today led Faber to be part of the Franke Group, the major Swiss multinational, leader in the Kitchen System.

In 2016 Faber undertook a rebranding process and presented its new payoff “Air Matters”, with which it underlines what has always been its mission: to produce household appliances capable of transforming the air in the kitchen into comfort, and thus give the kitchen a new lease of life.

by VALIA KAVALLAArchisearchhttps://www.archisearch.gr/wp-content/uploads/the-new-raw-second-nature-furniture-15-370x600.jpg
ARCHITECTURE 25MAY 2022

by ELENI TSIRINTANIArchisearchhttps://www.archisearch.gr/wp-content/uploads/1_MAP-370x700.jpg
DESIGN 24MAY 2022

by VALIA KAVALLAArchisearchhttps://www.archisearch.gr/wp-content/uploads/11b_The-New-Raw-%C2%A9Michele-Margot-370x700.jpeg
SHARE THIS PAGE
WITH YOUR FRIENDS