Passion is at the heart of everything the man behind minotticucine does. Albero Minotti will join us in the event for the 6 years of Archisearch. Let’s get to know him. 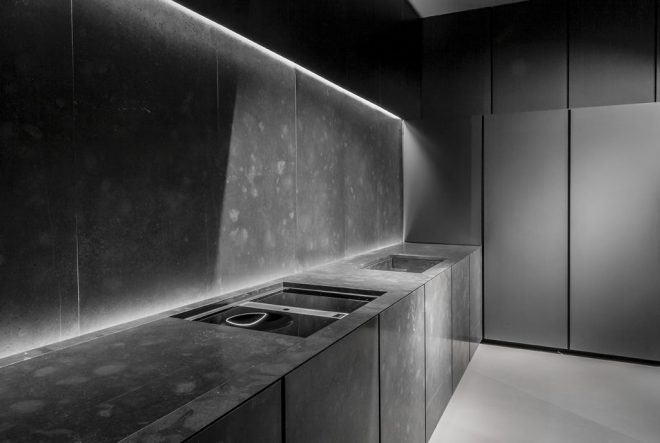 For Italian kitchen designer Alberto Minotti, there’s nothing more important than having passion for what you do. As the second generation designer of minotticucine, Alberto first saw this passion, drive and determination in his father, who founded the company in 1949.

For the first 20 years of minotticucine’s existence, the company manufactured doors, windows and furniture – but in the 60’s, under Adriano Minotti’s leadership, started pivoting toward in the kitchen design market. It wasn’t until the early 90’s that Adriano passed the torch to his son, Alberto – who’s been leading minotticucine ever since.

Alberto Minotti saw a new opportunity for the company in 1999. He overhauled the style and market position of the brand completely, and identified a new design path he defined as “Mediterranean minimalism” and “essentialism”. This new company vision was largely characterised by the use of one particular natural material – stone. 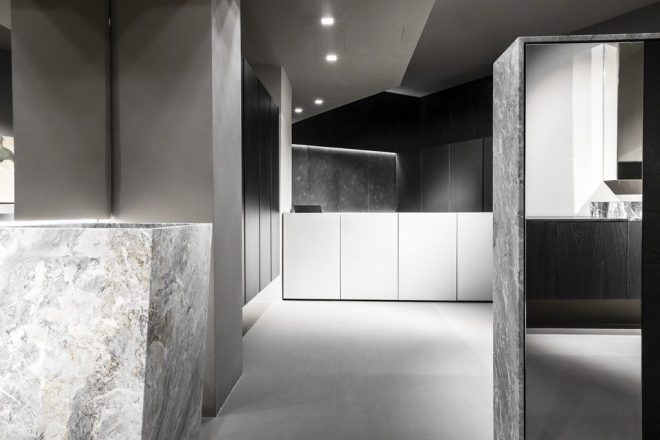 Alberto’s love for stone in his kitchen designs is greatly inspired the church of San Giorgio, not far from minotticucine’s headquarters in the province of Verona. The walls and floors of this sacred building are made of huge locally-sourced Lessinia white stone slabs. The majesty San Giorgio has inspired Alberto to design his kitchens using similar thick stone volumes and a minimal aesthetic.

Alberto is constantly pushing the boundaries of what’s possible – using huge slabs of stone and applying them both horizontally and vertically to give his designs a unique, uniform appearance. Always focused on the essentials of his expression, Alberto leaves no space for the superfluous. It’s stone minimalism at its best. 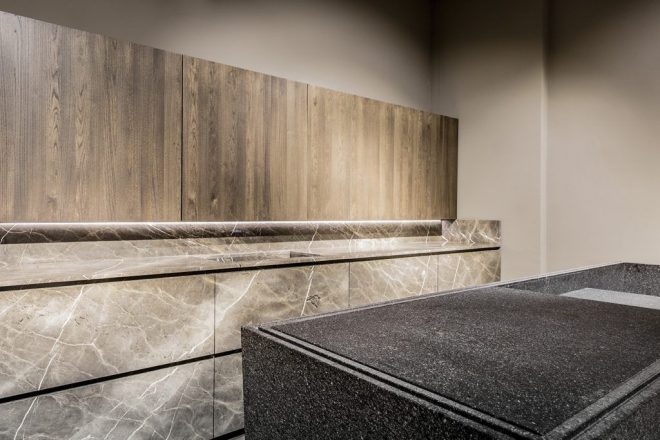 Today, minotticucine is part of the Asso Group and still making waves as a revolutionary modern kitchen manufacturer thanks to Alberto’s philosophy of “visual silence”, the “objectivity of beauty” and “fashion beyond fashion”. In the end, it’s the same thing that fuels him today that did when he took over the company from his father:

“There’s only one characteristic we have to have: Passion. To have the passion, to have a dream, and the power inside to reach that dream.”

by VALIA KAVALLAArchisearchhttps://www.archisearch.gr/wp-content/uploads/Adytum_Pattern_T.Pakioufakis_3-370x700.jpg
SHARE THIS PAGE
WITH YOUR FRIENDS