I AGREE
Archisearch Array
The next edition of Athens Biennale will be symbolically entitled “OMONOIA” (Concord). It will launch its activities in October 2015 and in contrast to the typical model of a Biennale, will run through 2017.
The Athens Biennale, constantly intuitive towards the institution of biennales, revises its identity by extending its duration to two years. Bridging the past to the present and the future, the fifth edition of the Biennale (2015) merges with the sixth (2017). The Athens Biennale 2015 – 2017, a daring and experimental endeavor launches its activities in June 2015 and peaks in June 2017 with the opening of documenta 14.
In view of the critical historical juncture, the Athens Biennale 2015 – 2017 focuses on burning issues such as the emergence of alternative economies, the performative in the political and the establishment of institutions that redefine the systems structures and its pre-existing models, while highlighting the current views of contemporary art.
The Athens Biennale 2015 – 2017 builds on the successful fourth edition of (AGORA) 2013 forming a curatorial team consisting of social philosophers, political thinkers, art theorists, curators and artists. The Athens Biennale 2015 – 2017 arises as a reaction to the current political and social conditions and a need to activate the public through art and contemporary theoretical viewpoints.
The Athens Biennale`s 2015 – 2017 : “OMONOIA” launches a two-year period of activities that will run from June 2015 through the summer of 2017, in various venues across the Athens center, and, more specifically, at Omonoia square.
The aim of this two-year period and the collaboration with the Municipality of Athens is the discovery of a permanent location for the organization`s parternships, from which point the activities of Athens Biennale 2015 – 2017 will take place. The creation of a cultural centre in a period of crisis and cultural reconstruction led the Athens Biennale 2015 – 2017 to Omonoia square and the selection of the former hotel Bageion as the symbolic starting point for the unfolding of the artistic program.
The four-storey listed building of the former hotel Bageion, an excellent example of the Athenian urban architecture, dates back to the late of the 19th century. Ernst Ziller built the hotel between 1890-1894 after the donation of Ioannis Bagas, The Bageion located in Omonoia square, the oldest square in Athens, which until 1930 was the center of secular life and commercial point of the city. In the basement of the hotel was housed a traditional cafe with habitués from all social strata of life, who found there freedom from the conservatism of the time. In the early 1920s the Bageion becomes a spiritual refuge for the young writers of the time (Mitsos Papanikolaou, Napoleon Lapathiotis, Tellos Agras, Minos Zotos, Nick Saravas) and becomes one of the most important places where the new generation of the Greek Literature was formed later.
Bageion: the historic building in Omonoia square hosts the Athens Biennale with large-scale installations
The opening of the Athens Biennale 2015 -2017 begins with the installation of two large-scale works at the hotel Bageion. In the former ballroom the work Rhinoceros, 1997 ,by Nikos Kessanlis is displayed and in the facade of the building the sign Άντερ Κονστράξιον  (ie. Under Construction), 2015, by the Underconstruction Group.
The Rhinoceros was first reconstructed almost twenty years after its last presentation. The work of historical artist Nikos Kessanlis (1930-2004) is in dialogue with the under construction site of Bageion and the connotations that it carries on the current socio-political condition. It is part of a series of visual creations which Kessanlis experimenting with the structure of the image, by freeing it in the space and overthrowing the painterly qualities and origins. At the Rhinoceros is displayed the iconic engraving by Albrecht Dürer – the representation of a rhinoceros that the engraver had not actually ever seen.
This radical gesture of Kessanlis suggests a revision of the traditional means of artistic creation but also refers to the ability of art to conjure up and gives new meaning of its contemporary reality. On another level, the Rhinoceros is talking with Omonoia  through the counterpoint to the Tail, 2003, the large-scale installation of Kessanlis in the underground station beneath the square. The chaotic pace of the station contrasts with the icy melancholy of Bageion, but Kessanlis works at both treaties and beyond.
In the façade of the building the Underconstruction Group (Alexandros Laios, Maro Fasouli, Dimitris Foutris) suspends the wooden sign Άντερ Κονστράξιον (ie. Under Construction). Underconstruction Group was formed in September 2008 having as principal axis of research the notion of rebuilding the structures that frame the institutions inside which the Group acts. The team’s Construction projects are created and located among conversion, reconstruction of concepts and solidified systems of thought and behavior.
This sentence condenses the under construction current social condition and literally under construction operation of the former hotel as a symbol-monument and the attempt of the Athens Biennale enliven and reactivate the space by creating a core of actions and reactions.
Cover photo credits: Underconstruction Group, Άντερ Κονστράξιον, (ie. Under Construction), 2015, sign made of wood, dimensions variable Artists & Members Iasonas Kontovrakis, Xanthi Kostorrizou, Alexandros Laios, Spiros Nakas, Krysanthi Papaxenou, Georgia Tourmouzi, Panos Famelis, Maro Fasouli, Kostas Christopoulos Courtesy Underconstruction Group (Alexandros Laios, Maro Fasouli, Dimitris Foutris) Project assistant for the implementation of the work commissioned by Athens Biennale Gogo Voudouri © Marilena Batali 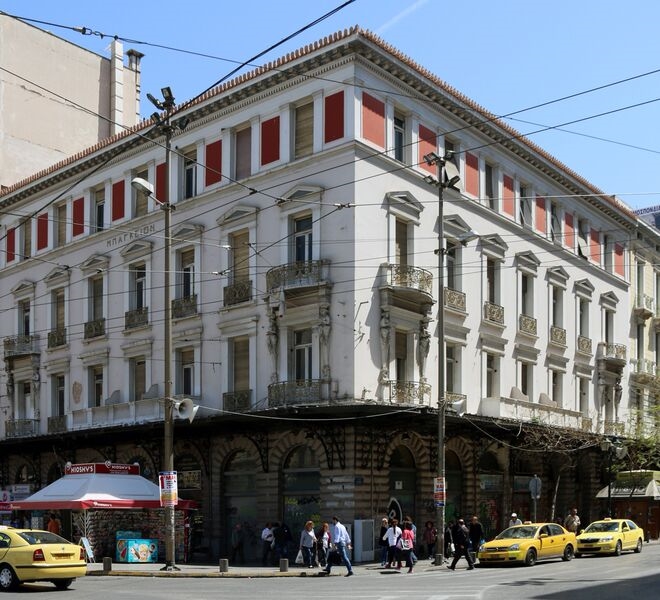 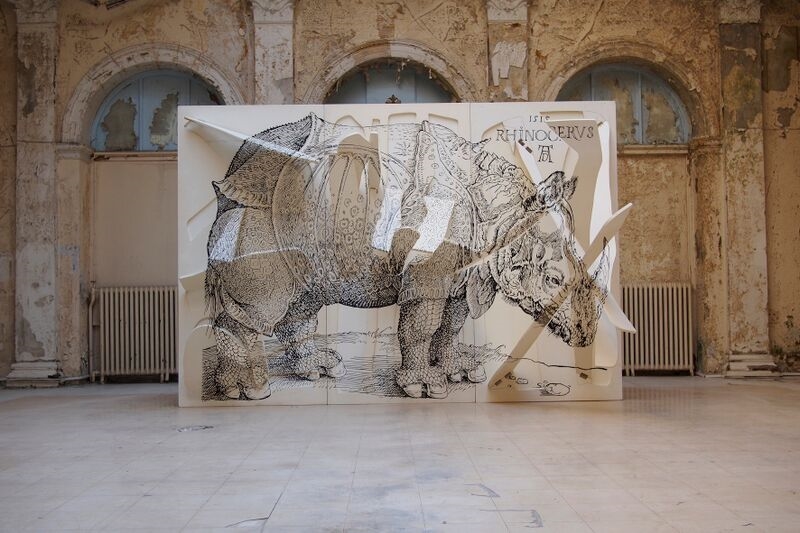 at INDUSTRIAL BUILDING OF DEXAMENES°° Archisearchhttps://www.archisearch.gr/wp-content/uploads/SumerSunOnPaper_01_Michailidou-370x700.jpg
SHARE THIS PAGE
WITH YOUR FRIENDS