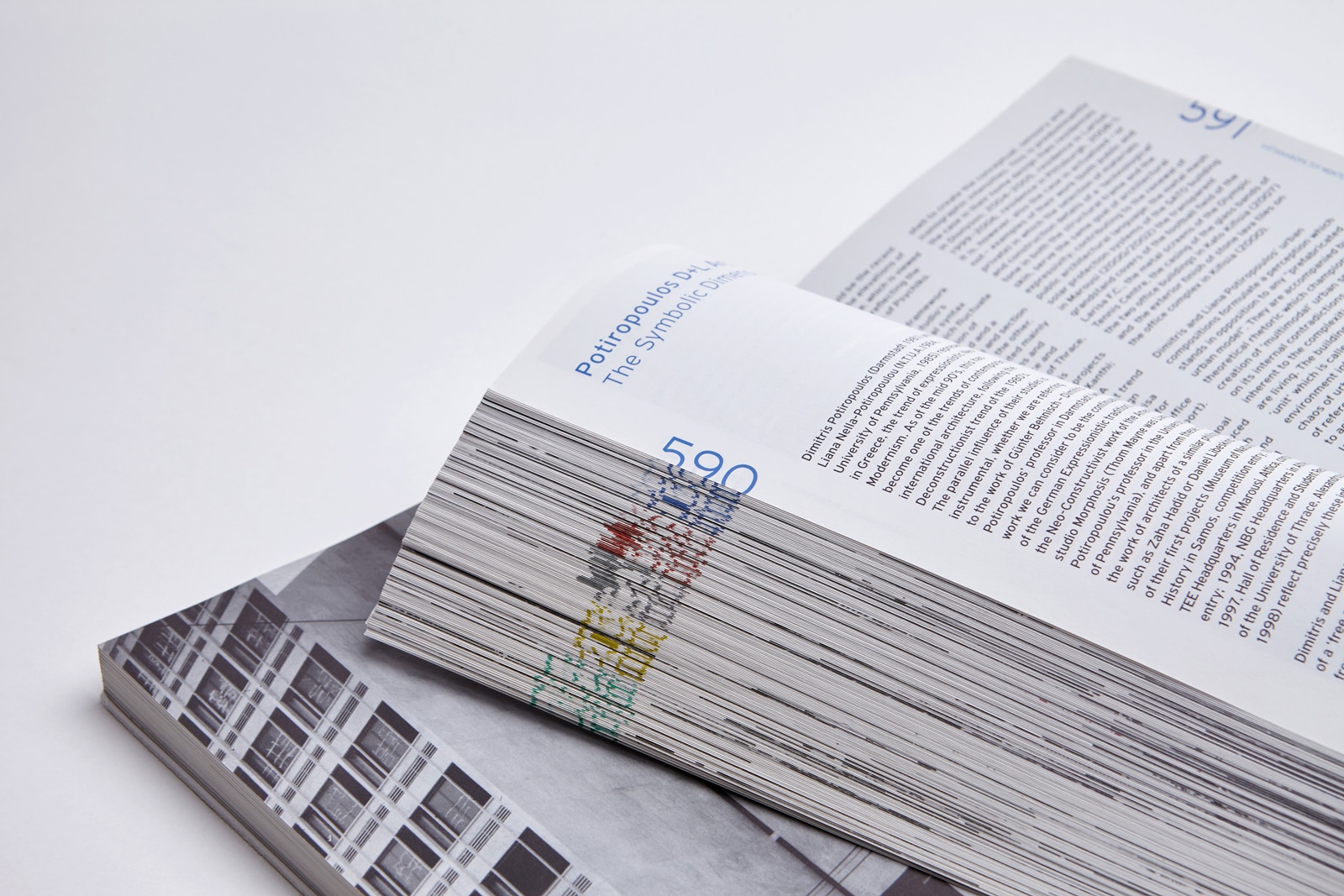 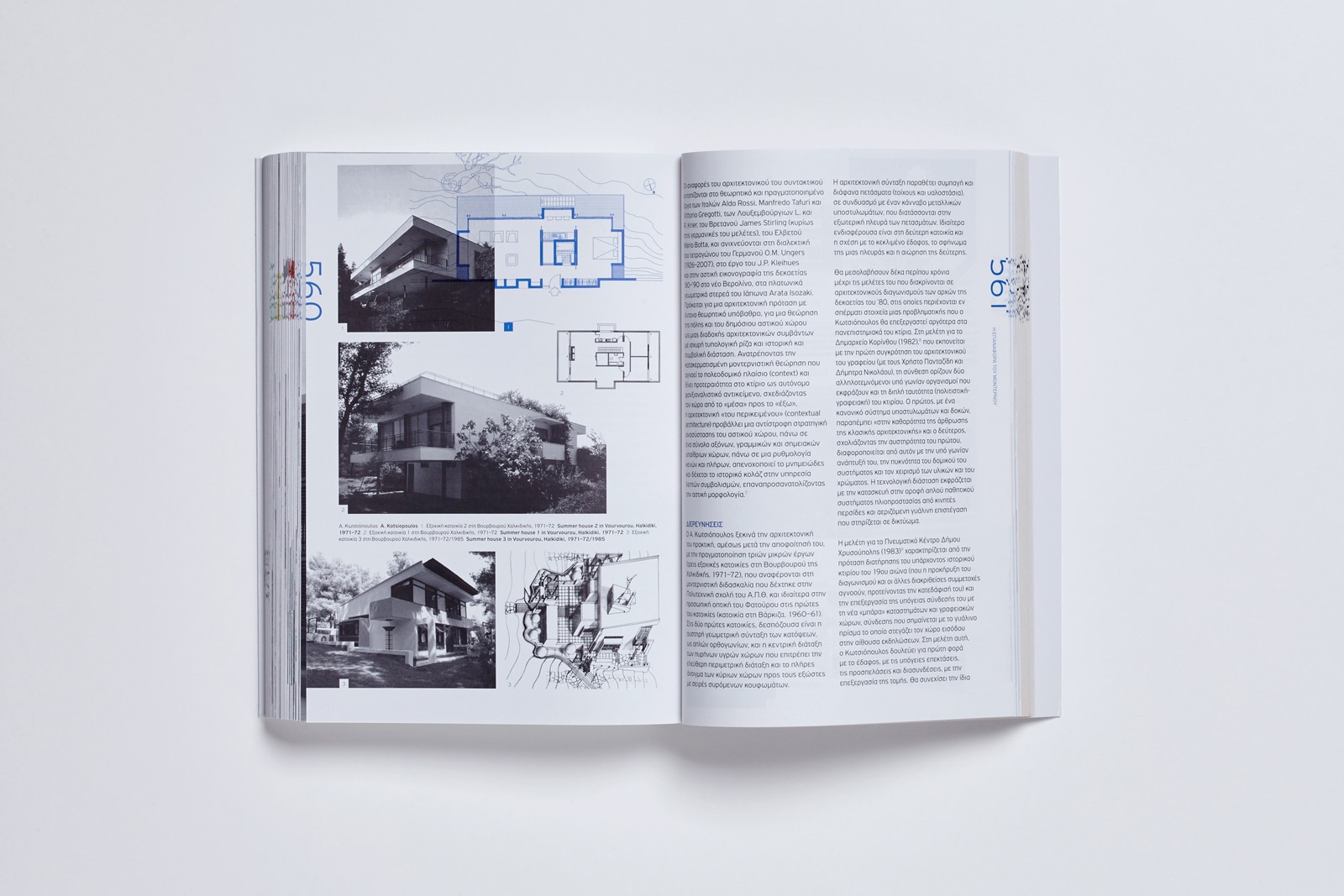 Overview
The study of Panayotis Tsakopoulos is a historical and ctitical reflection based on the research of the work of 18 architects and architectural studios that were active in Greece during the second half of the 20th century and belong to a diverse scope of generations and architectural trends. Their selection on two fundamental criteria, that either one or the other, or at times both characterise their development. The former criterion is their unconventional stigma in Greek postwar architecture; the latter their limited prominence in critical historiography.
The contribution of this study in the documentation of Greek architecture of the 20th century is particularly important. The monographs of the architects that are included in the second part of the study, constitute, in most cases, the first compositional critical reflection on their work, based partly on unpublished material from their archives, on texts, drawings and photographs that have been accorded to the author and are published in this volume for the first time, as well as personal interviews. 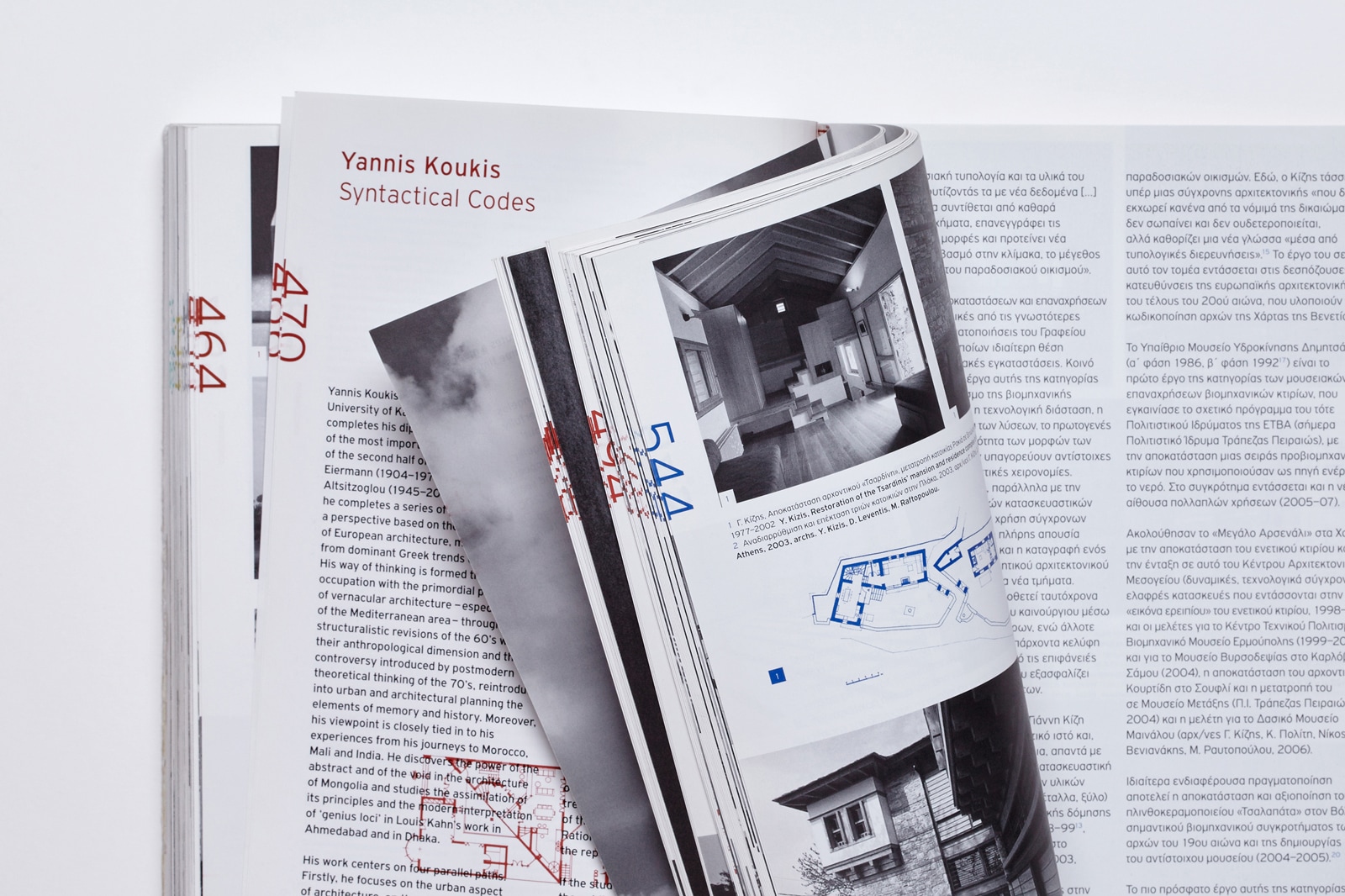 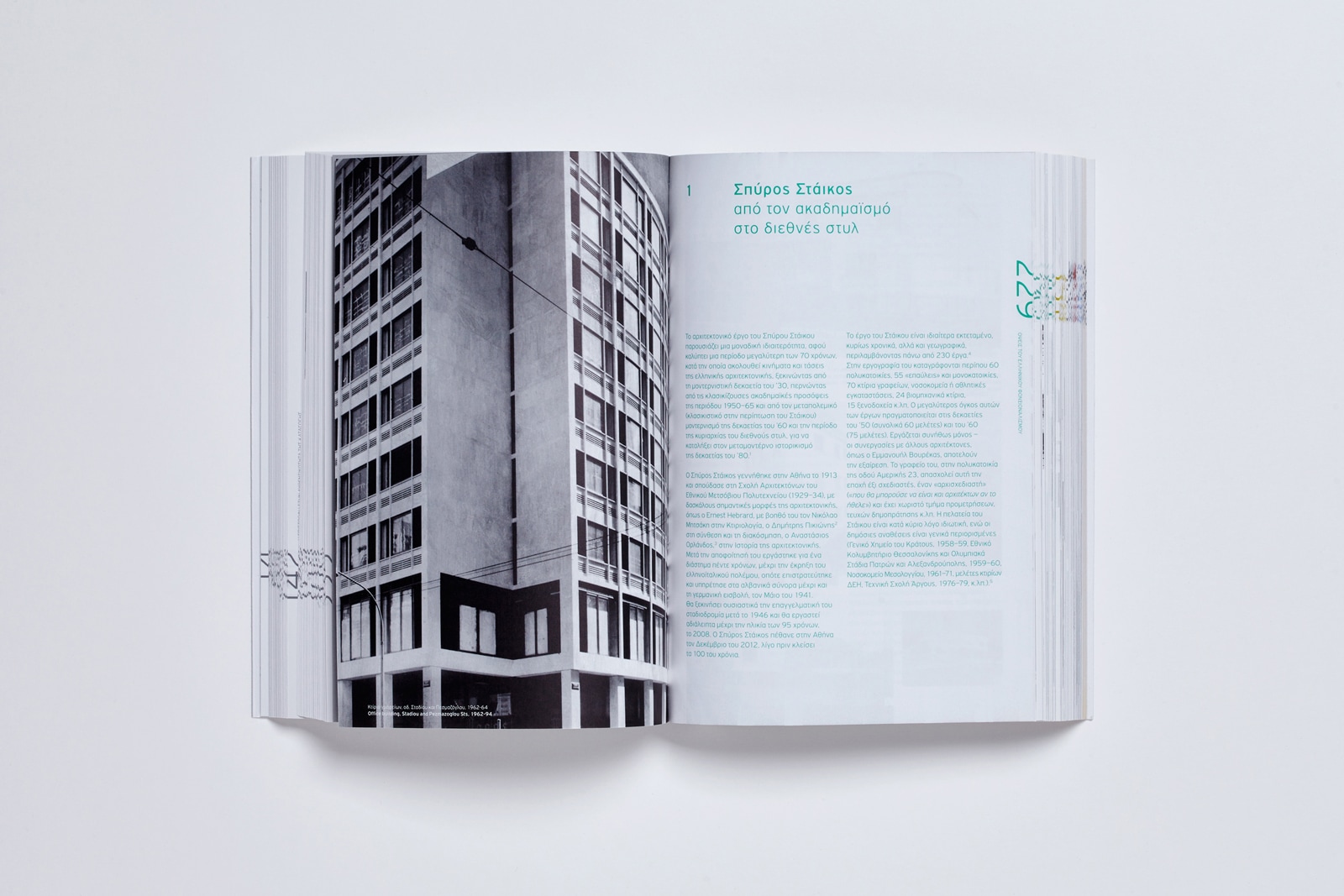 About the design
A thick book with soft cover, which brings a contrasting feel between a bold statement and something ephemeral. Because of the content’s density and its division into broad yet interlinking circular fields, the page numbering appears at the edge of the pages, working as a coloured thread for navigation even when the book is closed. In the first part, images are inserted into the text flow, when in the monographs’ section, text and images are always separated in right and left page, in order to create constellations of the evolving architectural styles. To facilitate further research, at the end of the book comes a detailed appendix, printed in a more rough paper. 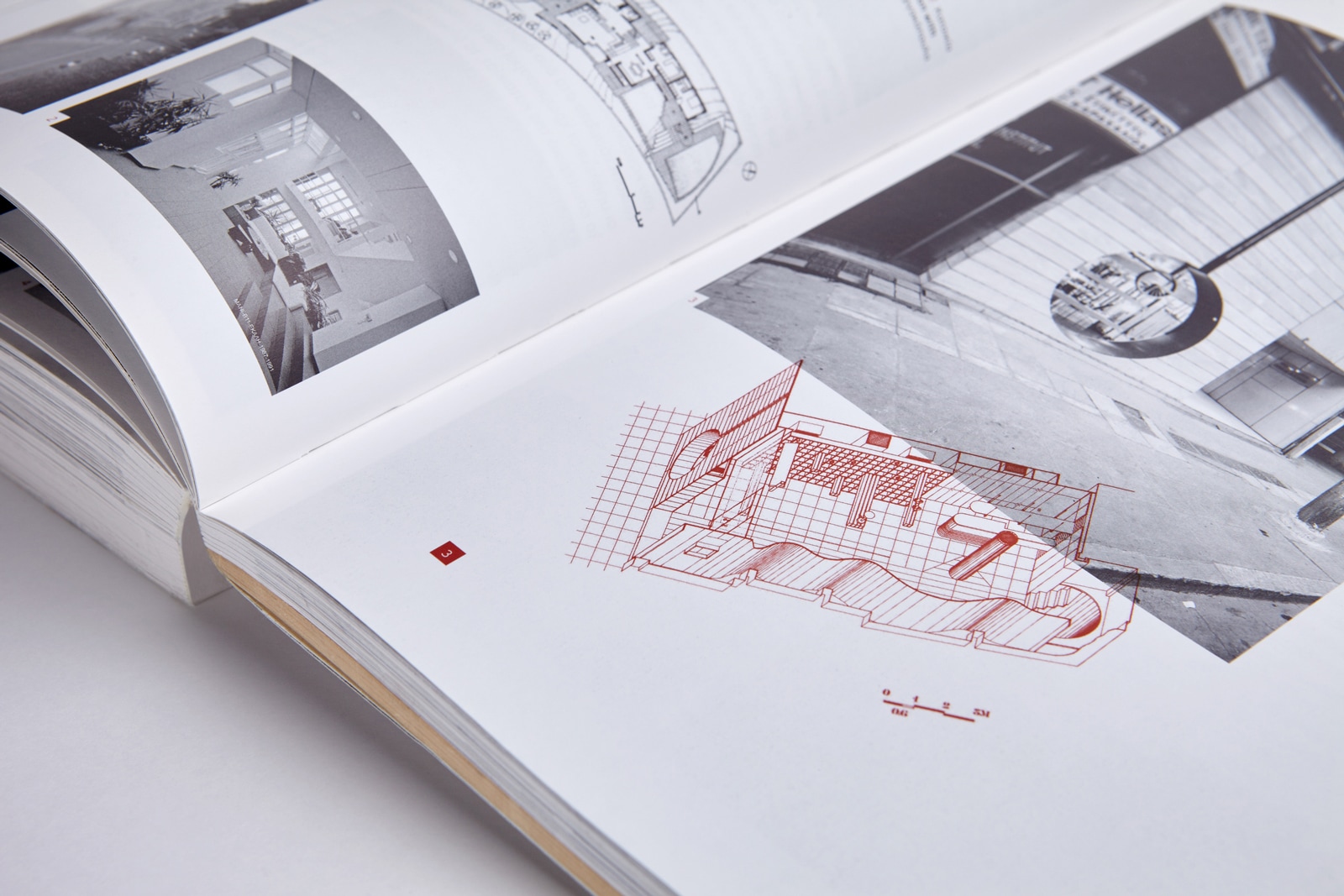 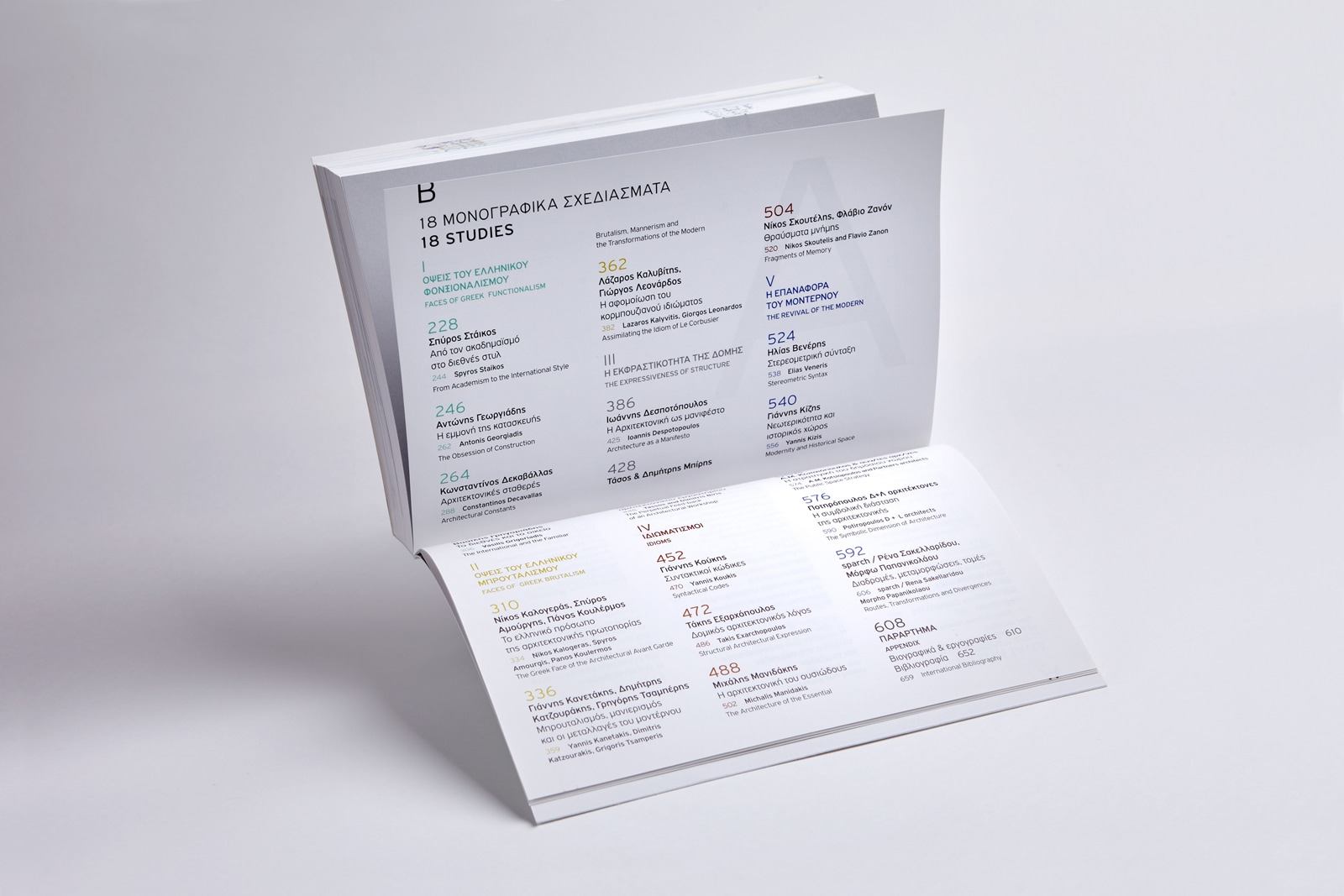 Aluminium in Architecture Awards 2022 | by Boussias

by ELPIDA ROIDOUArchisearchhttps://www.archisearch.gr/wp-content/uploads/MOMENTS_COVER-370x700.jpg
SHARE THIS PAGE
WITH YOUR FRIENDS