More recycling: Does recycling refer only to materials and physical matter? EcoRedux suggests that in addition to the recycling of materials, we recycle histories of the immediate past. In the history of ideas, discourses get recycled. Concepts emerge as allegedly new, though ideas undergo long journeys of migration from one epistemological field to another. Therefore, recycling is an ideational and philosophical system of viewing the world of ideas, information and matter as flow rather than as the accumulation of discrete objects. More than a material system, recycling signals the migration of life through the conversion of one thing to another.
No more parthenogenesis: The Greek word parthenogenesis means in English asexual stem cell production in plants. But in Greek it means virgin birth. The word originates from the myth of Athena being born out of the head of Zeus and implies a state of mental excess, where the mind momentarily generates pure ideas, unprecedented and unmixed with anything existing in the physical world. EcoRedux is conceptually founded on the opposite of this notion; it embodies a praxis of re-writting, which emerges as a germinal creative drive, through the desire for transformation of existing information, concepts and physical resources. If we assume that nothing emerges ‘out of zero’, EcoRedux aims to retain and recycle the energy induced in creative systems and exploit the accumulative effect of knowledge and materiality.
More open source: In other fields, this developmental model of conceptual and cultural recycling has yielded extraordinary results. Open-Source software and the provision of freely accessible operating systems, like Linux, exemplify the potential of accumulated and manipulated knowledge. Linux was developed from the process of addition and manipulation of source code, by millions of users dispersed around the world. A famous quote that Linus Torvalds circulated while writing Linux kernel is that “Good programmers know what to write. Great ones know what to rewrite and reuse.”
NO MORE SCHISMS: This is the title of my introduction to the EcoRedux AD issue and refers to an inherent schism within the identity of the architectural discipline. The architect’s schism is inspired by Bruno Latour’s double-headed man in his seminal book Science in Action, where a mind is divided between reason and scientific positivism on the one side and an insecure scientific curiosity on the other side; that is science while it is being formed. Bringing this schism to architectural territory, we may identify in the interior of architectural discourse, a position that rallies for logic specific to the core of the discipline: autonomy, formalism, tectonic language and syntax. In the exterior, we may identify a position that rallies for a cause connected with the outside world: social reform, environmental improvement and political effect. For decades, the architect has been double-faced, residing in the schism of this battle. Now, however, the role of the architect in a new sociopolitical period of environmental urgency and advanced computational tools can no longer inhabit the space of an alleged schism between social cause and sensational tectonic. Our current understanding of environment as a complex territory of ambient, physical and physiological interrelationships surfaces a new tectonic vision where project and context are operationally fused.
NO MORE BENIGN ENVIRONMENTALISM: In the 1960s, modern environmentalism displayed a sense of social activism fighting the forecasted of an environmental catastrophe. This line of social active thinking foreshadowed a new Modernist ethos, though devoid of a tectonic expression and a set of form-giving strategies. What happens now though, in the environmental battlefield of a world that has suffered severe loss of resources? As a symptom of a new reality inundated with environmental catastrophes, sudden climatic changes, garbage-packed metropolises and para-economies of electronic waste, environmental consciousness re-emerges as an inevitable cultural armature for architects and designers. Though, at present, on a planet that has no more square inches of untouched environments, the new wave of ecological architecture cannot be solely directed to the ethics of the world’s salvation and the rhetoric of confinement. It rather upraises as a psycho-spatial or mental position, fuelling a reality of change, motion and action.
NO MORE TECHNO-RATIONALISM: One objective of the EcoRedux project is to question mainstream current perceptions of sustainability and the LEED program, as a technical classification tool that empowers capitalist production, creating a new revenue source veiled by the ethics of environmentalism. In contrast to holistic future predictions to save the world, EcoRedux may point to an unorthodox field of adhoc ecology, for specific needs, places and purposes. This position differs from utopia in that it does not explicitly seek to be right; it recognizes pollution and waste as generative potential for design. In this sense, projects that may appear at first sight as science-fictional are not part of a foreign sphere, unassociated with the real, but an extrusion of our own realms and operations.
MORE OPPORTUNISM: In Jean Pierre Jeunet’s 2009 film “MicMacs,” the movie characters appropriate discarded objects, social discards like themselves, and imbue new life to the space they reclaimed. They make small strange inventions and weapons plus an underground vaulted structure out of junk. They work directly on the objects themselves, with no drawings and representations, and create an afterlife out of the byproducts of social structures. Micmas display a practice of material opportunism that becomes a requisite part of our discipline. Besides the value of a material as a finished catalogued object, taxonomised as ‘eco-friendly’, other parameters play a vital part in the sustainability debate, such as the lifecycle of a material, the process of its production, and the reuse of building components after a designated time. Besides a simple choice to select certain design schemes and materials, the ecological debate is about systems thinking and cycles of production.

EcoRedux was also a series of exhibitions curated and designed by Lydia Kallipoliti at the Byzantine Museum of Athens, Greece (2008), Columbia University in New York (2009), the Cooper Union in New York (2010) and the Design Museum of Barcelona, Disseny Hub (2011). The traveling exhibition received reviews from a series of publications including Domus magazine, Cyan magazine and Slam Lab magazine.

Foremost, EcoRedux is an online non-profit educational resource for ecological experiments in the 1960s and 1970s and their potential creative reuse in contemporary design culture. The research for this website is a byproduct of my PhD thesis at Princeton and started from the idea of opening up archival boxes, which for the architectural historian are in most cases secretively locked and guarded in a drawer. EcoRedux is a public online archive and an open-source database, with a double function: first to explore the history of the period in assembling a genealogical archive and second to reuse the archive as a generative device for design. Given, the open source nature of the project, architects and designers are able to actively participate in the expansion of the website by submitting for upload their own interpretations of ecological experiments that are documented in the archive. EcoRedux is an expanding, growing resource: a wikipedia for designers to expand their knowledge and trigger new ecological projects. 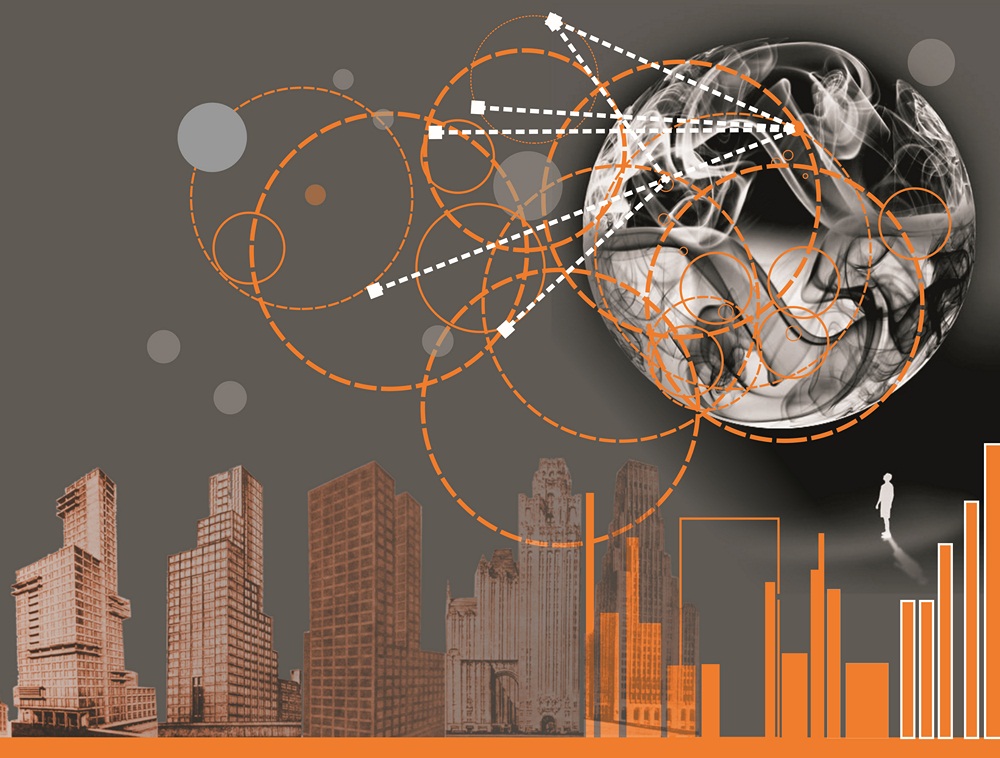 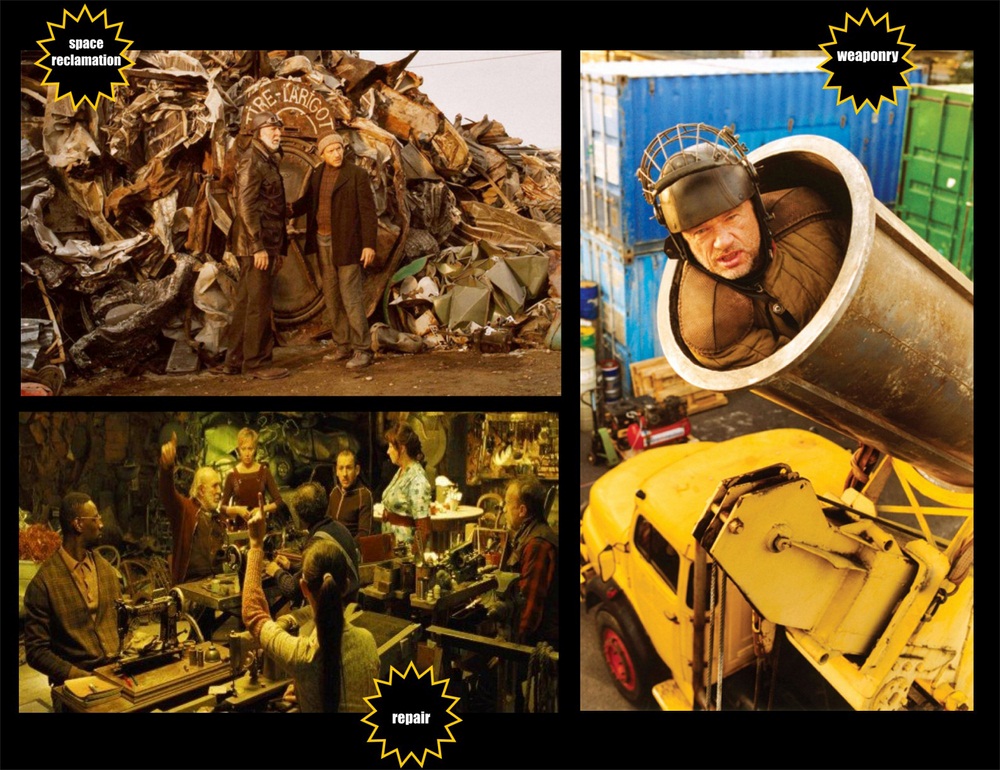 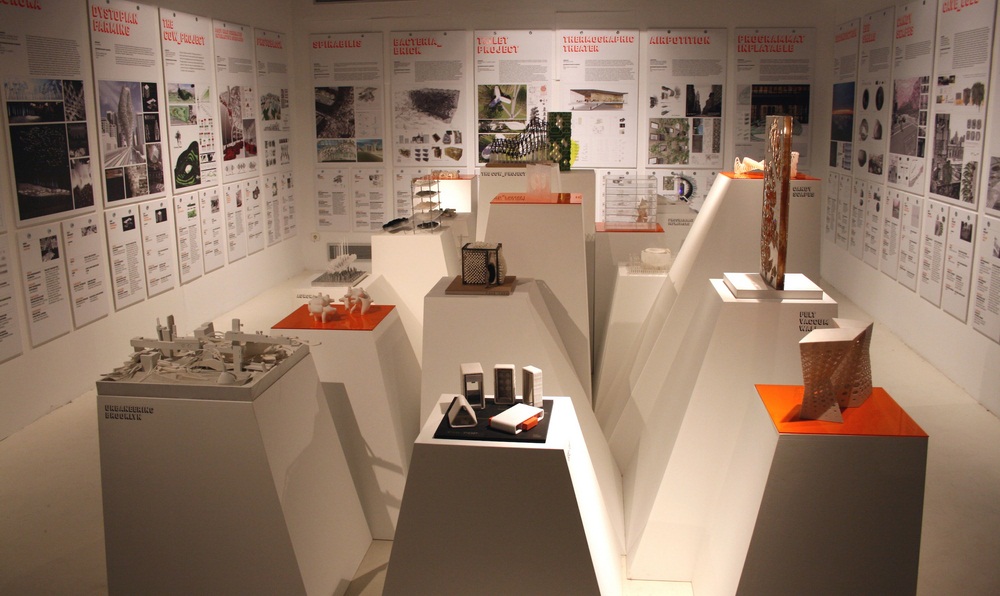 RETHINKING MODERNITY: BETWEEN THE LOCAL AND THE INTERNATIONAL | ANTIGONI KATSAKOU

by TINA MARINAKIArchisearchhttps://www.archisearch.gr/wp-content/uploads/NATIONAL-EMERGENCY-LIBRARY-370x700.jpg
SHARE THIS PAGE
WITH YOUR FRIENDS