I AGREE
Archisearch Array
About the team
Hook & Eye is an ensemble company of theater-makers, actors, dancers, musicians and artists based in Brooklyn, NY. We build totally new theatrical pieces full of joyful athleticism, soul, and song. We teach play-writing at New York`s Professional Performing Arts School, and offer 100% free PlayLabs where new work is brought forward, built and developed.
GOD IS A VERB is an engaging and urgent portrait of a world – and a man – on the brink. In 1969, an eccentric professor gathers a team of offbeat academics to play a game with one goal: make the world work for all humanity. What unfolds tears spacetime as we are whisked from a beatnik cafe to a treetop congressional hearing and back by way of a university telephone. As the clock ticks, the lines blur between the game and the real world and we wonder if we`ve detached from reality altogether.
The Background
Our director Chad Lindsey had been flirting with the idea of a Bucky play for a few months, but our interest was really sparked with a document that one of our writers ran across—the World Game Report, an account of an ambitious, utopian thought experiment undertaken in Manhattan in June and July of 1969. In the summer of `69, Bucky gathered a group of New York`s brightest minds from dozens of disciplines—mathematics, architecture, biology—with a single goal: disproving the widely accepted notion that the resources of our world, even if properly allocated through global cooperation, are too scarce to match the rate of population growth.
The Process
Having completed a six-week research workshop in the fall of 2014, we enjoyed an extensive and fun-filled development stage this year. This January we held a three-day workshop at Adelphi University and began to build the piece on our feet with our ensemble, composer, designers, and playwright. We arrived at a first draft in April. Then we will spent the next five months tearing it apart. Two major workshops completed, one in Manhattan, one at Adelphi University, we also had smaller script doctoring meetings, informal character workshops, music creation workshops, and creative meetings with our set, costume, projection and lighting pros. Finally we have reached REHEARSALS. The month of October will be spent in the room putting the finishing touches on, and bringing the play to life!
The Run
GOD IS A VERB will run from NOVEMBER 4th to 21st at the Actor’s Fund Art Center Theater in Brooklyn, NY. Sixteen performances total –  including several matinees.
THE TEAM:
ENSEMBLE: Cynthia Babak,  Roger Casey,  Jamie Effros,  Hannah Hartmann, Carrie Heitman,  Elizabeth London,  Sade Namei,  Jacob Trussell,  Renee Wilson
CREATIVES: Writer: Gavin Broady, Director: Chad Lindsey, Stage Manager: Leah McVeigh, Composer: Diarmid Flatley, Lighting Design: Christopher Weston,  Costume Design: Krista Intranuovo, Set Design: Chad Lindsey, Set Consult: Ryan Howell, Projection Design: Weston Wetzel, Press Rep: Emily Owens PR
Text provided by Hook & Eye 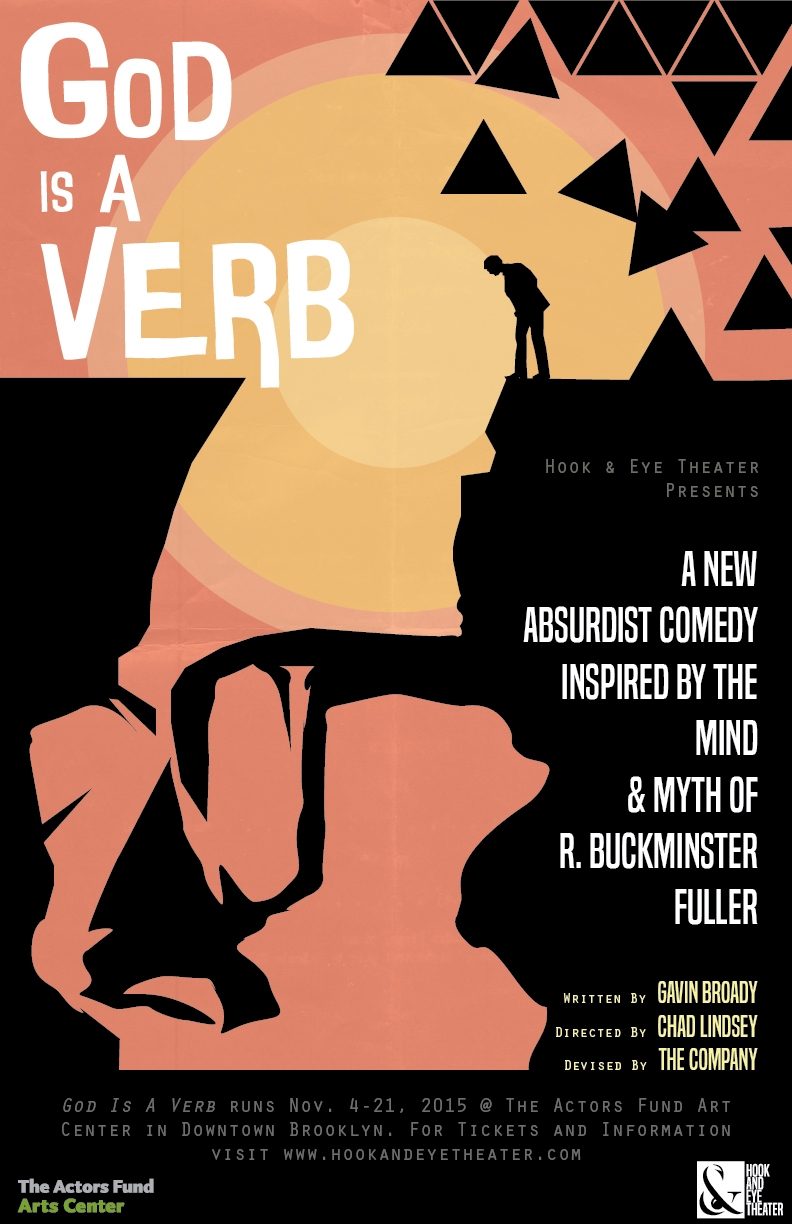 by MELINA ARVANITI-POLLATOUArchisearchhttps://www.archisearch.gr/wp-content/uploads/SumerSunOnPaper_01_Michailidou-370x700.jpg
SHARE THIS PAGE
WITH YOUR FRIENDS