I AGREE
Archisearch Array
Sustainable concepts:
Orientation and compactness
The orientation and position of the house/studio have been studied in order to take the greatest advantage of the site’s available resources and climatic conditions, reducing its environmental impact, energetic consumption and improving its interior comfort.
The house has a rectangular plan. Its longer side is oriented south, and has the biggest openings to capture radiation during winter months while protected from the sun during summer.
The other 3 elevations are rather opaque, with few openings on the northern façade, which will create natural cross ventilation during summer.The compact rectangular volume is only perforated at the terrace and porch, which allow for those two spaces to be covered and protected by the roof overhang. The compactness contributes to the energy reduction demands.
Sun protection and natural cross ventilation:
The south elevation possesses the biggest and best-protected openings against summer sunrays. The studio opening is protected by 2mts of roof overhang that prevent direct radiation during the hottest season. The big opening at the living room is designed in line with the outer wall; therefore, a 1mt deep sunshade overhang designed in wood is placed above it, to protect it from direct sunlight during summer. The overhangs’ design and placement, allow the winter sunrays to enter the interior spaces helping the heating of the same.
The temperature and pressure differences between south and north facades, produce a gentle cross ventilation through the openings at both these elevations. The openings,  bigger at the southern façade, favour the thermal control of the interior spaces. Especially during the summer months, the natural cross ventilation will benefit the cooling of the main spaces.
The building technology and architectural elements used, as well as the general orientation and natural cross ventilation, result in fresh, dim and breathable interiors during the summer months.
Lifted to reduce its print.
The house is placed on a south oriented steep slope. Existing is an older structure of concrete pilotis and steel beams that will be used as building foundations. The construction will therefore be lifted above the natural terrain, minimizing its environmental impact. The timber technology chosen, has allowed the precise design and measurement of each and every element.  All materials are locally available and found within the nearby area, which has decreased transportation costs and will allow for an easier reuse in the future. These design moves have optimized resources and reduced waste, CO2 emissions and the overall environmental impact. The type of materials used is of low carbon emission, with low grey energy production and greenhouse effect.
Rain water harvesting and irrigation tank.
7 water tanks have been placed underneath the house. These can hold up to 10 cubic meters of water collected from roofs and exterior pavements. The water will later be used for irrigation of the lawns and the garden.
Ecologic kitchen garden.
A kitchen garden has been designed to allow greater self-sufficiency of the house inhabitants. Taking advantage of the site and its natural environment, a garden has been planned in a flat extension attached to the house, where organic and healthy vegetables will be planted. Nearby, a small bees house has been built for the daily production of honey.
Seizing solar energy
Solar Panels have been placed on the roof to produce ACS for the bathroom, reducing energy consumption from the grid. Eventually the studio will be used as a house producing ACS on a daily basis.
Facts & Credits:
Dom Arquitectura – www.dom-arquitectura.com
Architect: Pablo Serrano Elorduy
Interior designer: Blanca Elorduy
Collaborators: Sebastia (Fustes)
Area: 76 m2
Images: Jordi Anguera – www.jordiangueraphoto.com 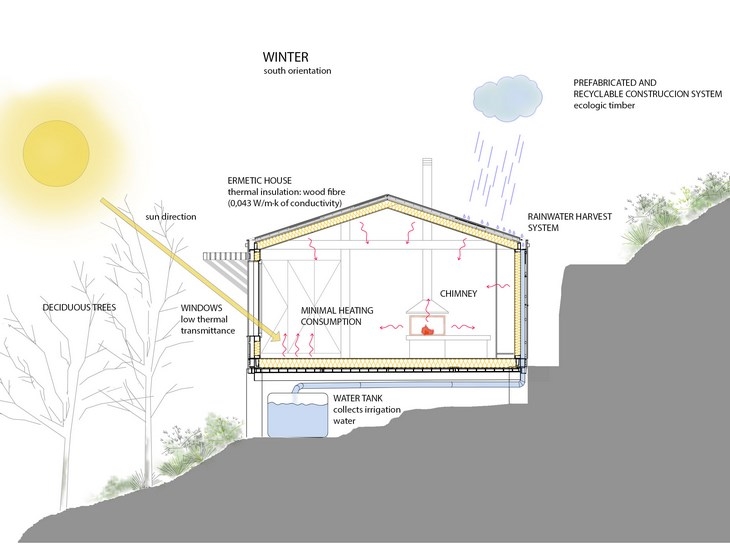 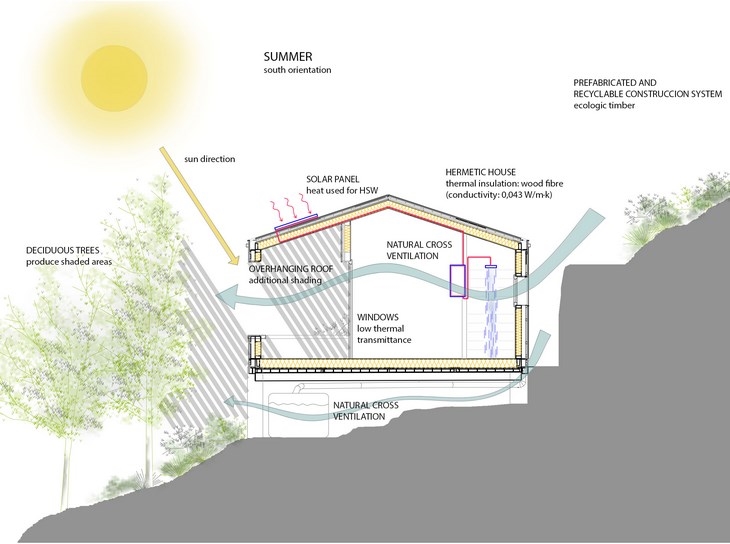 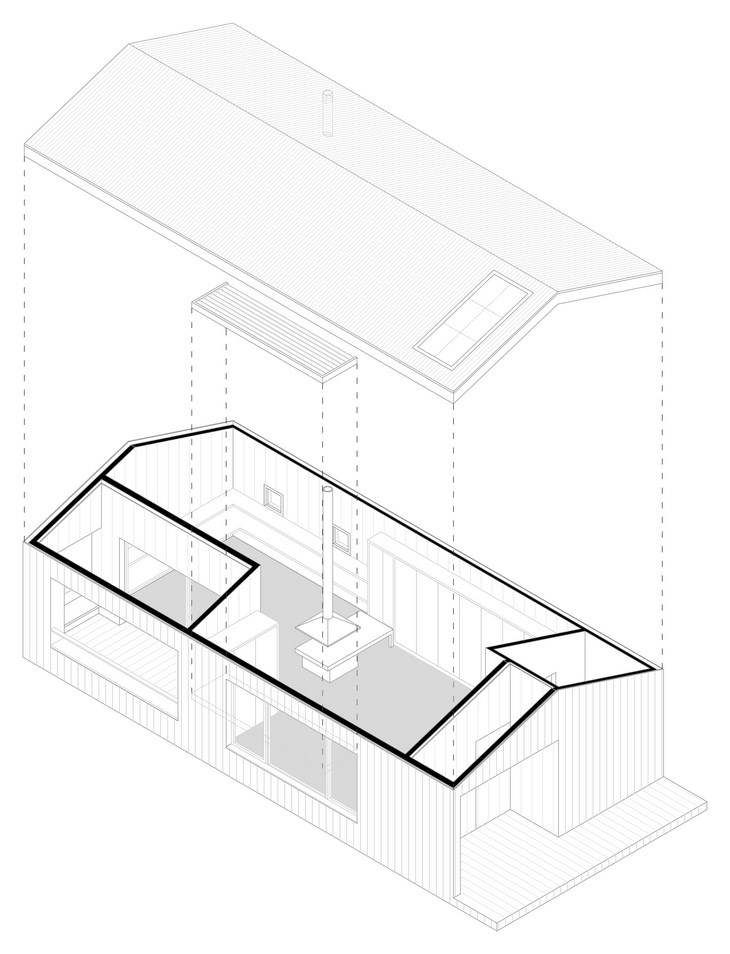 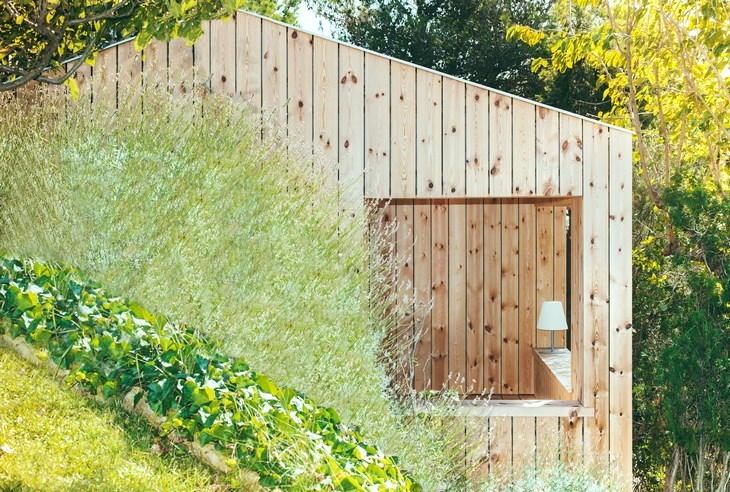 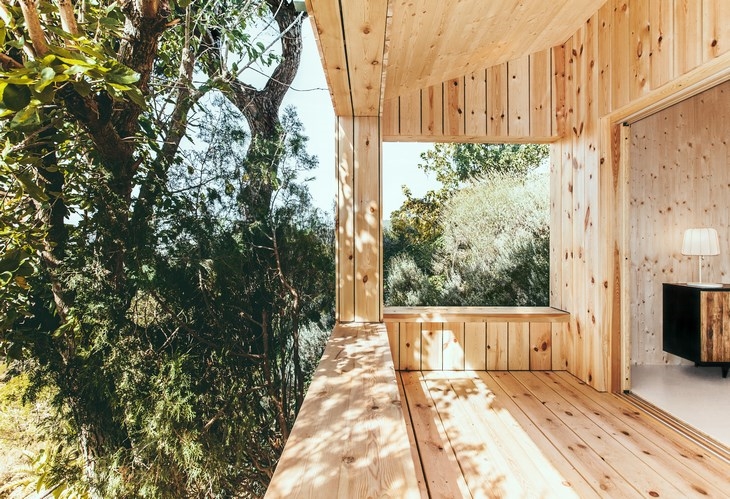 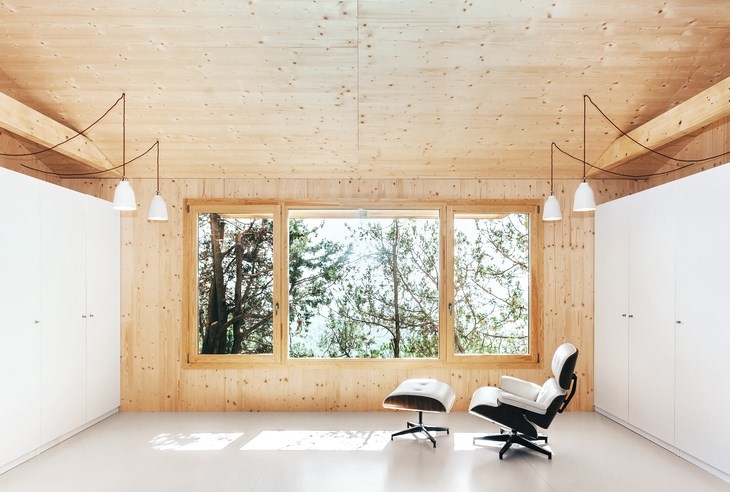 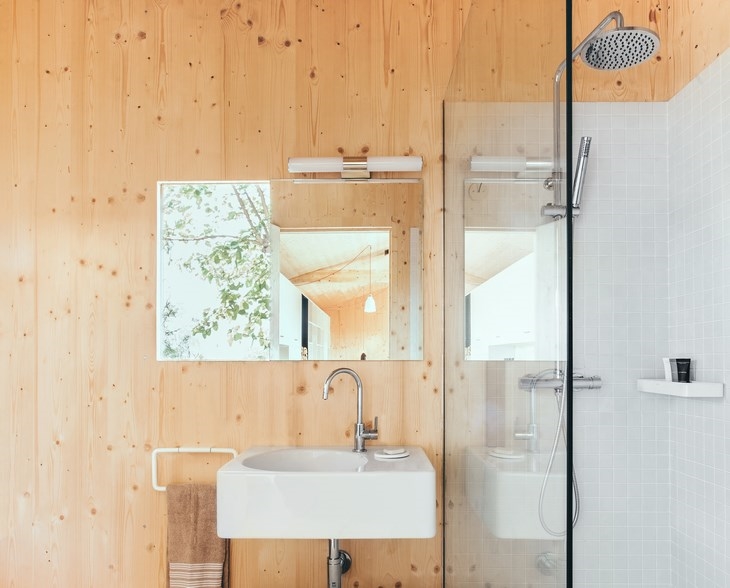 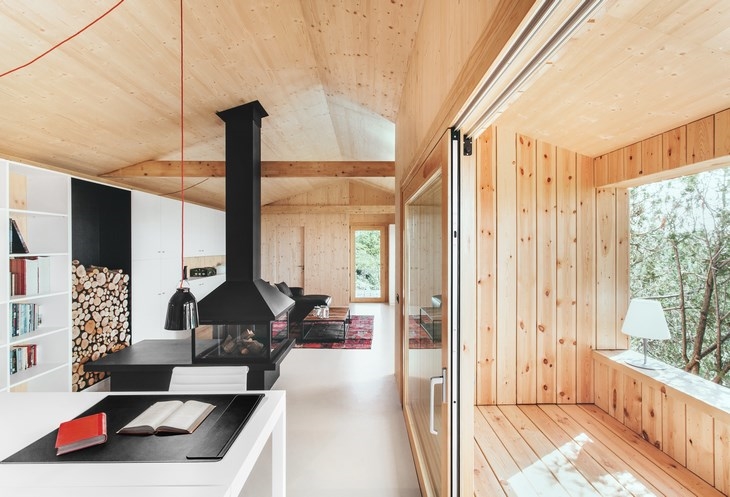 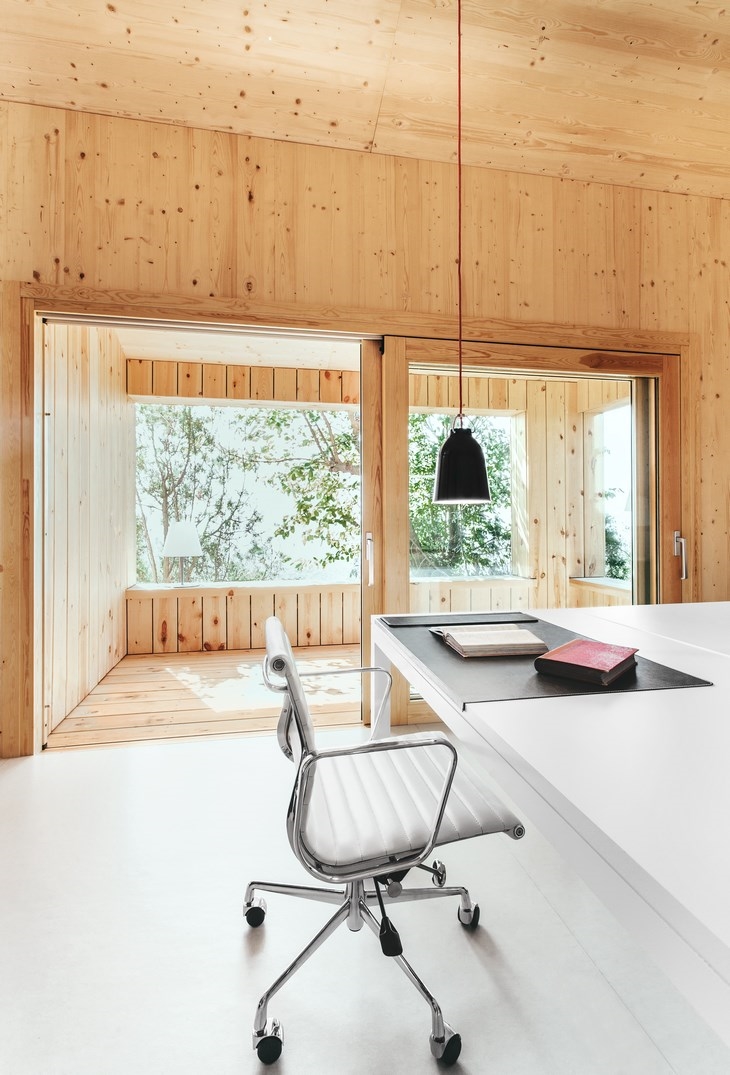 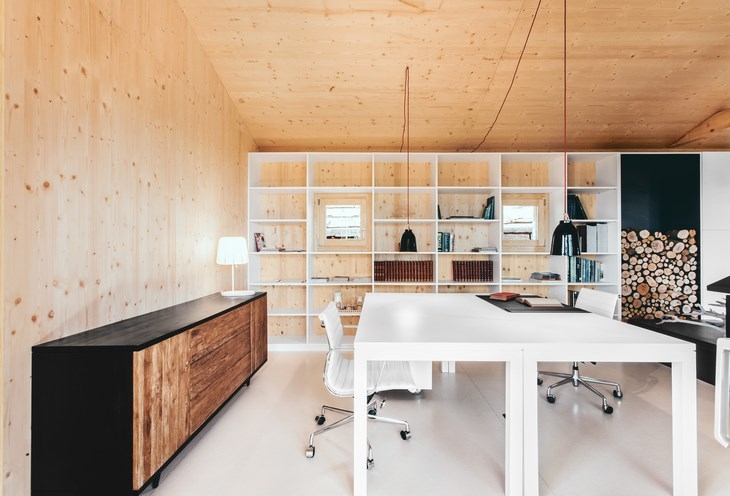 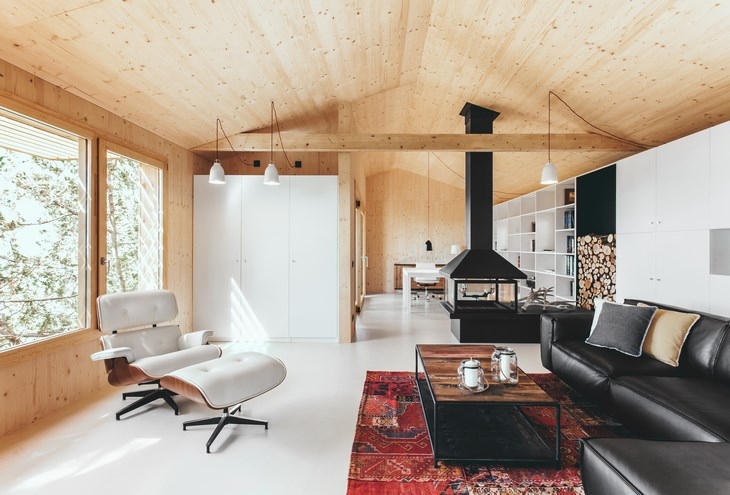 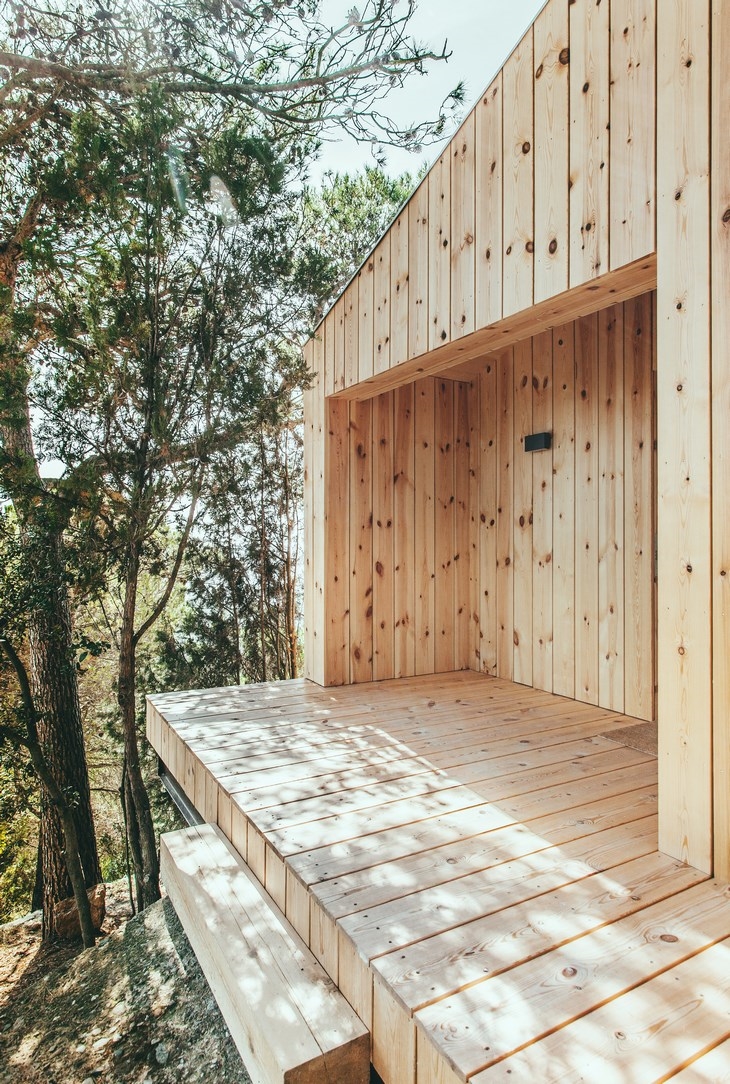 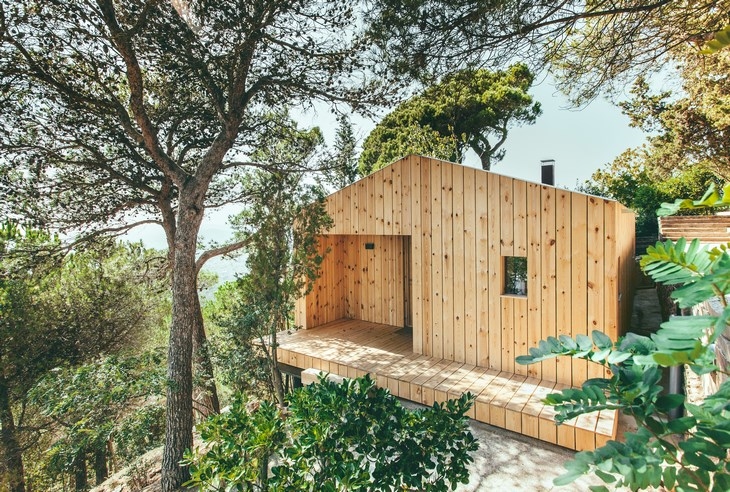 The stress center in Thessaloniki | by Skarlakidis Architecture Studio

by MELINA ARVANITI-POLLATOUArchisearchhttps://www.archisearch.gr/wp-content/uploads/1J7A8818-HDR-370x700.jpg
SHARE THIS PAGE
WITH YOUR FRIENDS