When a bunker from World War II sits on site, it comes with its’ own rule book – the Trilateral Wadden Sea World Heritage Partnership Center in Wilhelmshaven is next in line in the Wadden Sea trilogy, and instead of revoking a historical past, the building by Dorte Mandrup decidedly incorporates and rejuvenates this wartime relic.

The area surrounding the building site presents the perfect setting for a naval harbour. Even Napoleon had his eyes set on the bay and around 1850, the development of the harbour for naval use really picked up, causing the urbanization of the site. Today, there are only a few remains of the naval quarters with just a single, unmovable bunker appearing as a gigantic rock on the seabed. 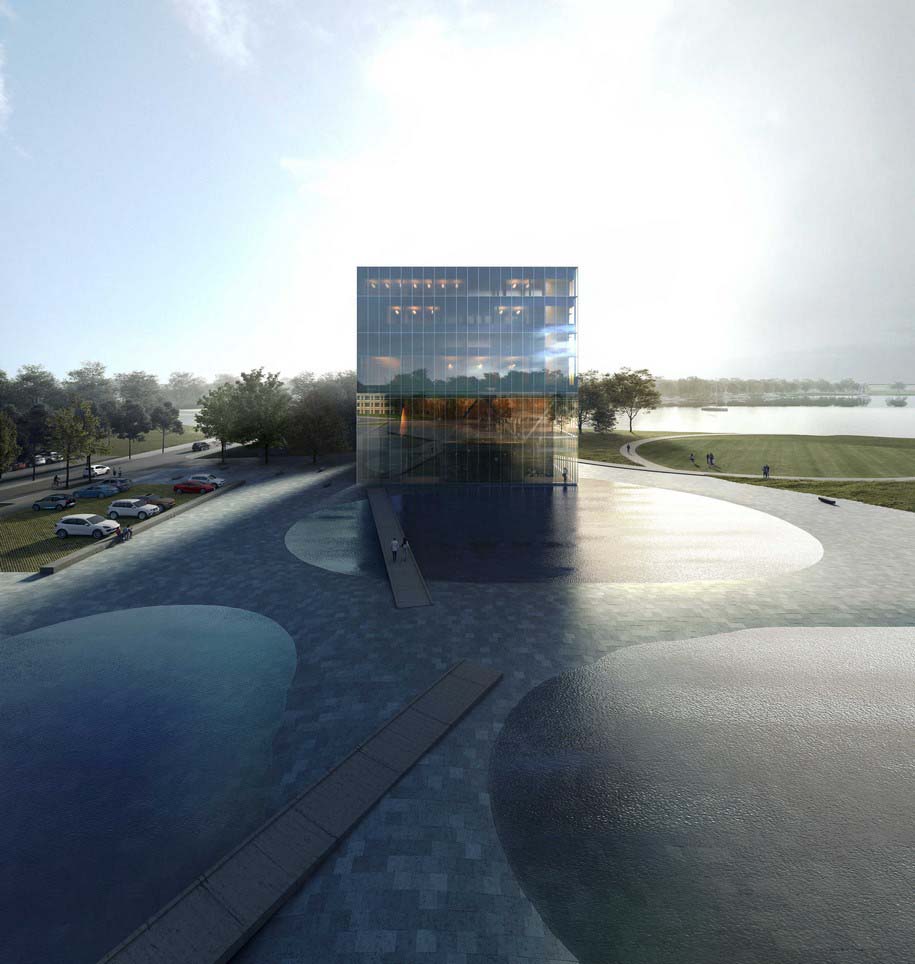 “After studying the context of the site, we decided to integrate the heavy bunker into the new building. It is a natural anchoring point on the otherwise open field, which also allows us to use as little land and resources as possible. This practical and aesthetic application, gives way for the bunker to act as the building foundation for what at night becomes a shimmering and open lighthouse for the area,” says Dorte Mandrup.

Sitting cantilevered atop an existing bunker using it as a robust foundation, the new building will preserve one of the few remains of the site’s naval military history. The centre will be a hub for the managerial organisations of the Wadden Sea, a UNESCO protected area spanning the coastline of Ribe in Denmark all the way through Germany, to Den Helder in the Netherlands. 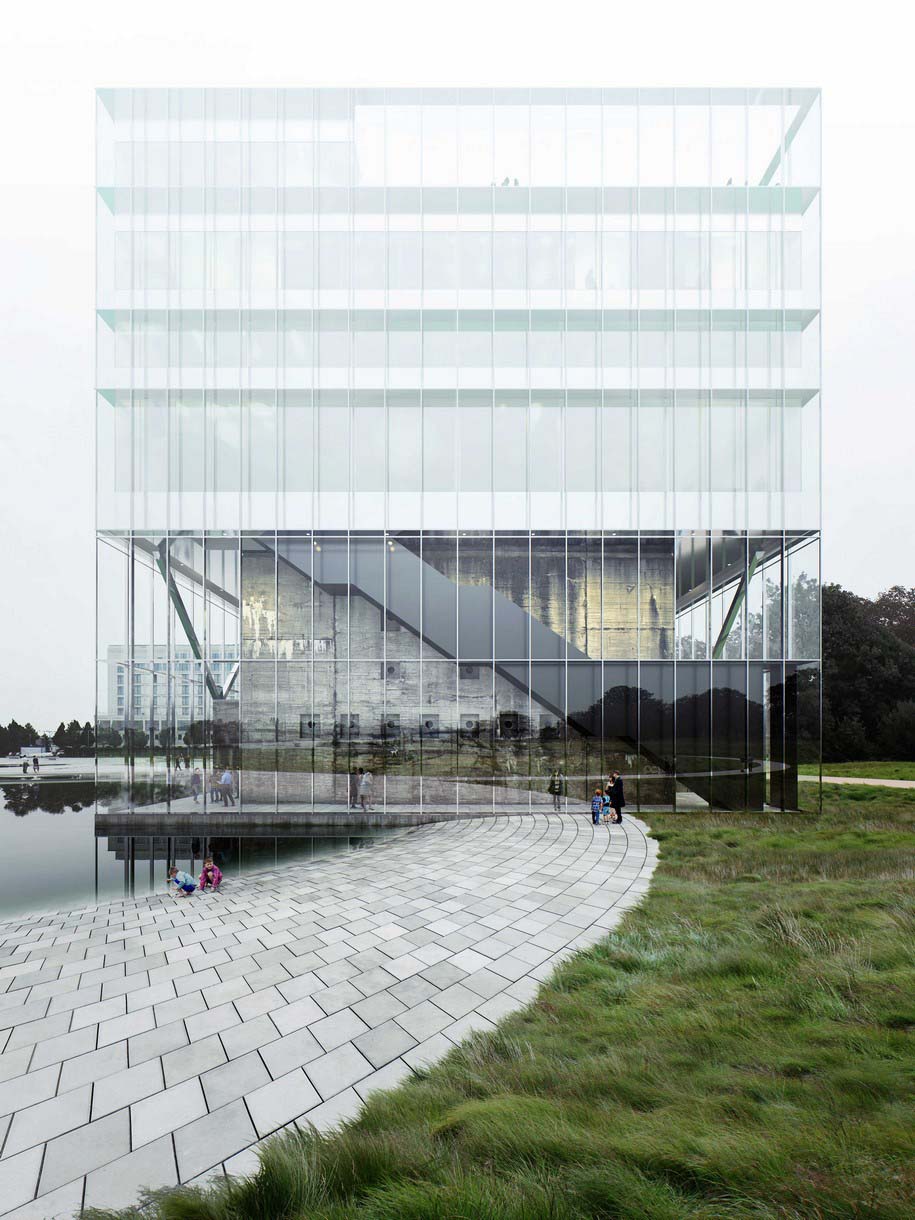 The primary construction is a steel frame which will surround and heighten the existing structure. The bunker will be used for exhibition space and its’ roof reinvented as an internal courtyard, ensuring daylight throughout the building. Meeting and conference facilities surround the courtyard on the first floor, followed by a multifunctional space and library on the second. The third and fourth floors constitute office space and meeting rooms for the Common Wadden Sea Secretariat and the mudflat national park protection organization, Nationalparkverwaltung Niedersächsisches Wattenmeer. The fourth floor will also include a wind protected terrace and viewing platform with public access, boasting scenic views of the Wadden Sea and surrounding landscape. 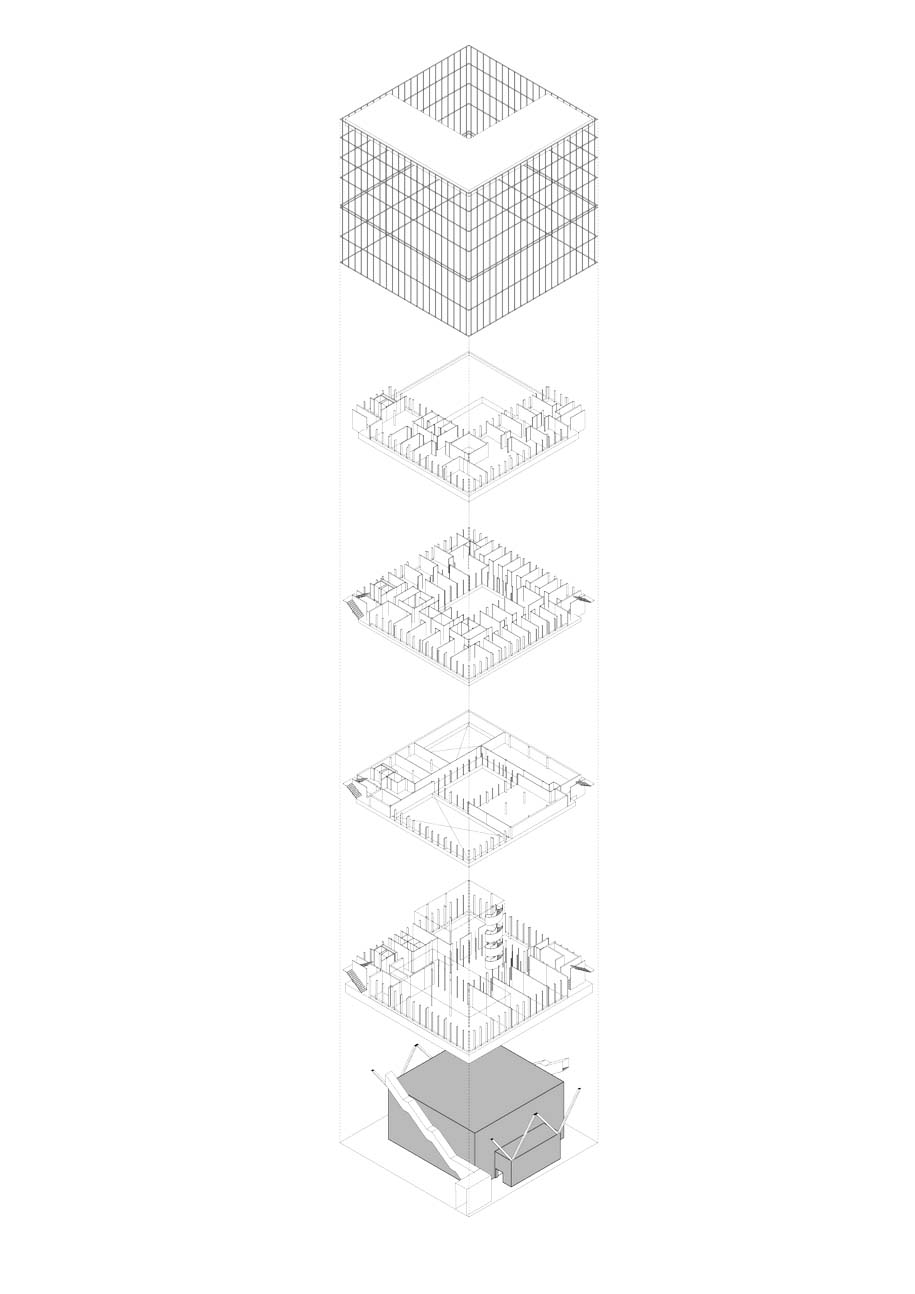 The entire project will be encased in a transparent glass layer, highlighting the historical importance of the site and demarking a transitional zone between inside and out. Together with this external glass, the bunker will regulate the temperature of the building – cooling it down in the summer and heating it during the winter months.

Externally the landscape architecture embraces the climate in Wilhelmshaven with a series of natural pools, which will fill and drain with rainfall accordingly. In periods of wet weather the height between the pools defines a path, and when dry, the space can be used for activities such as roller skating, skateboarding, cycling and social gatherings. During daytime, the building will resemble the reflective surface of the Wadden Sea, which in turn will be reflected in the surface of the rainwater pools. At nighttime it expresses itself as a lighthouse visible from far away, representing the trilateral global collaboration housed here, with the purpose of preserving and saving the valuable surrounding ecosystem. 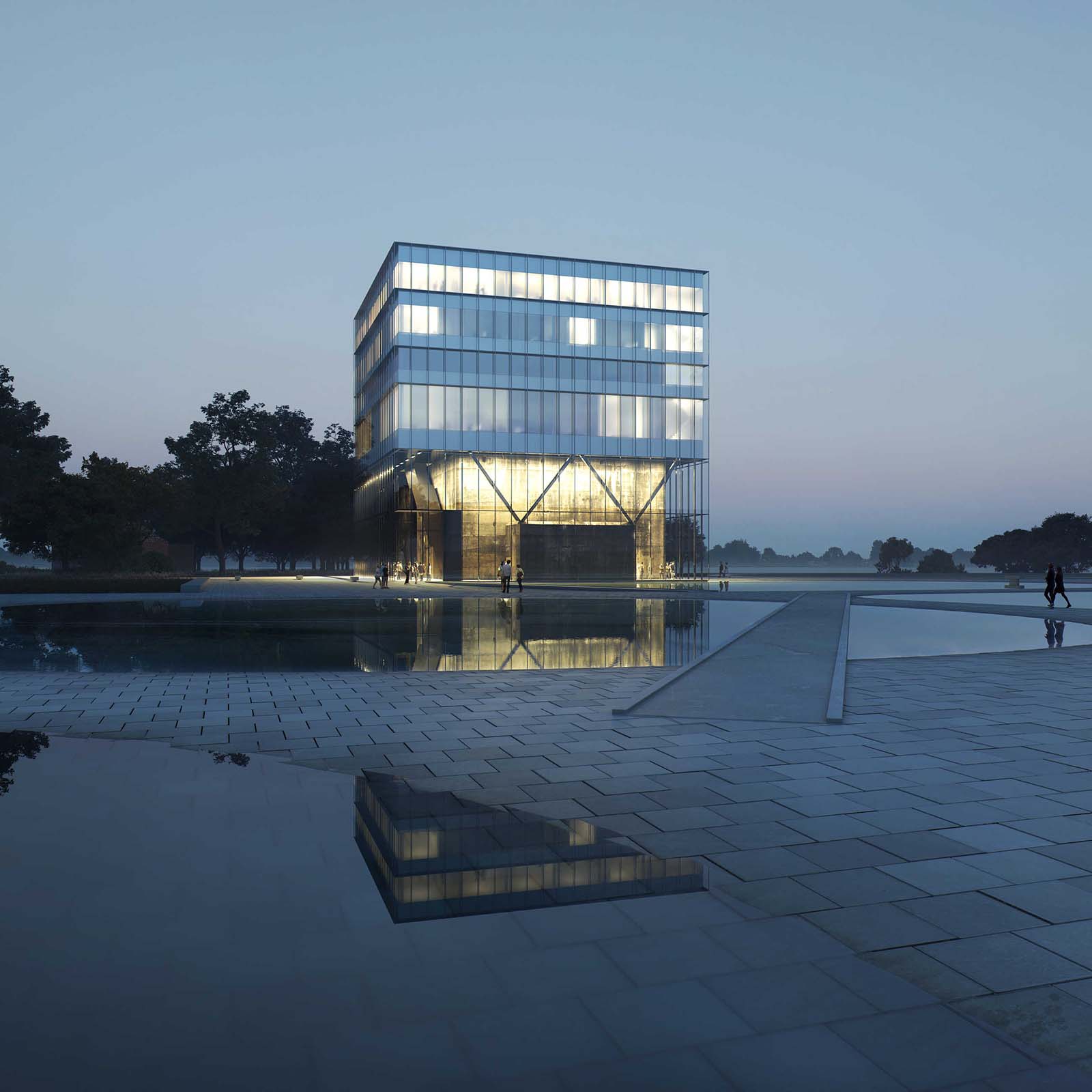