Simulacro is an ephemeral installation that aims to stimulate senses and spirits within the everyday and the mundane. 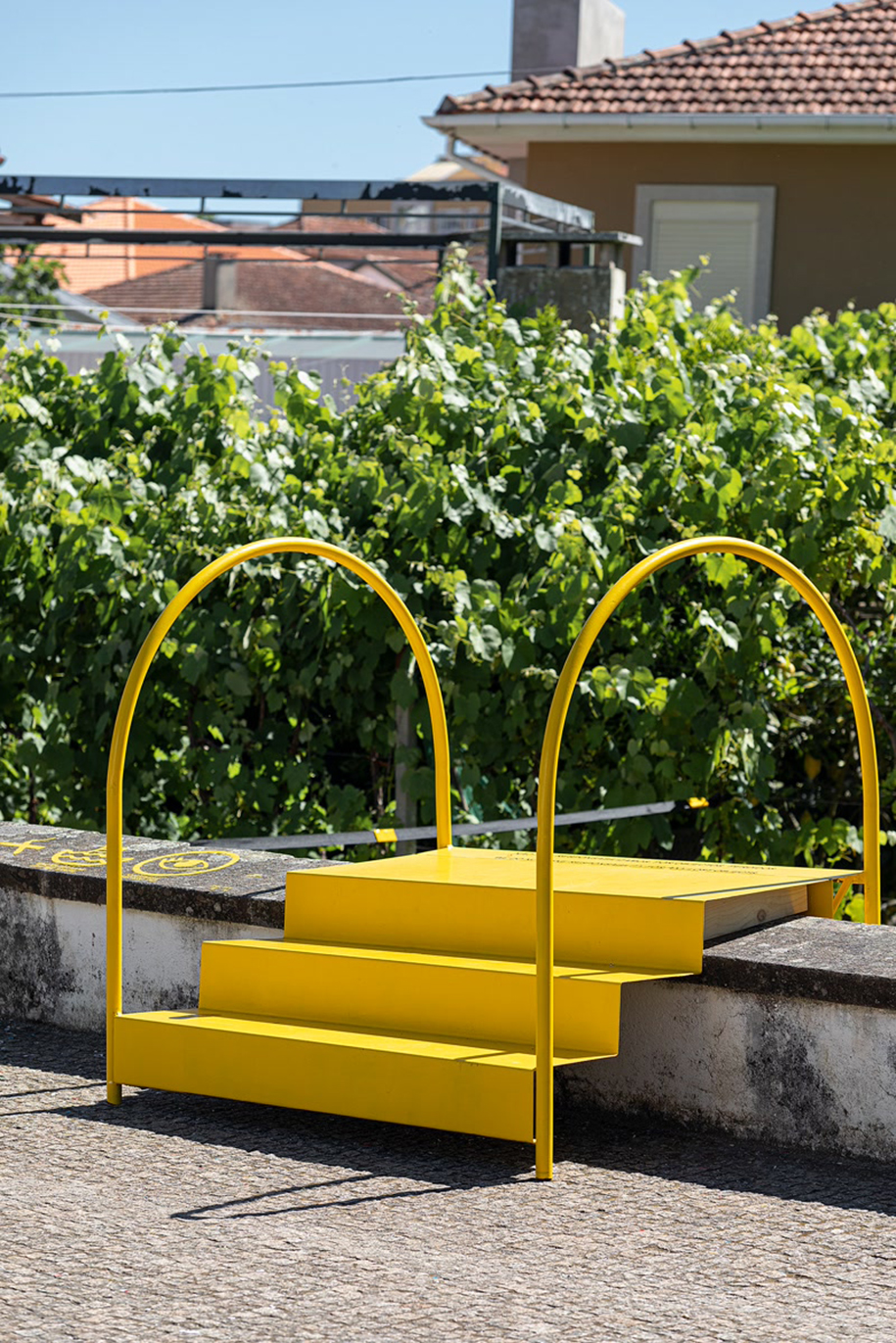 When we observe closely, we allow ourselves to understand what surrounds us, to imagine about this reality, to form an opinion, to reflect.

This intervention converts non-place into a circumstance that catalyses imagination. Here resources converge, capable of creating space and time for contemplation , observation and reflection on reality.

Why do not we stop more often? 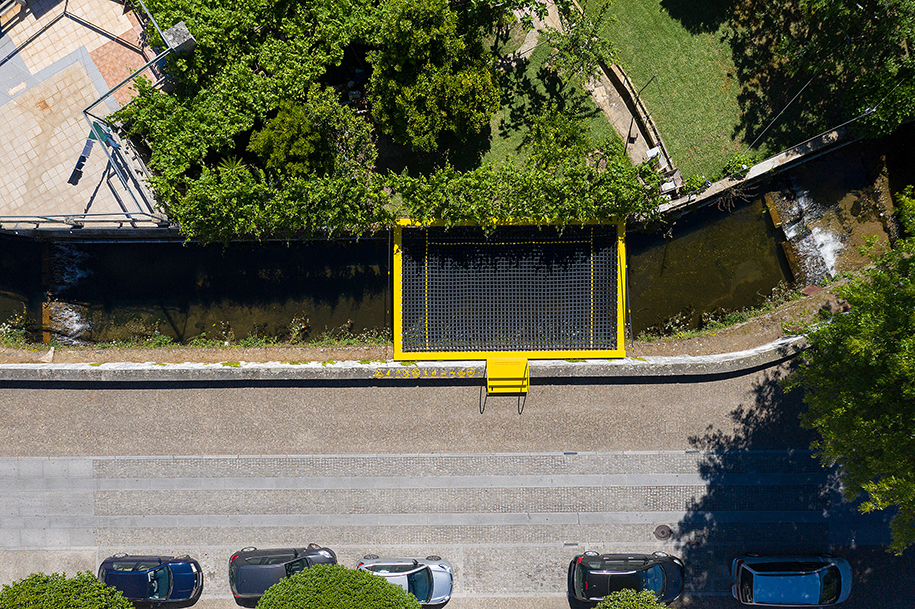 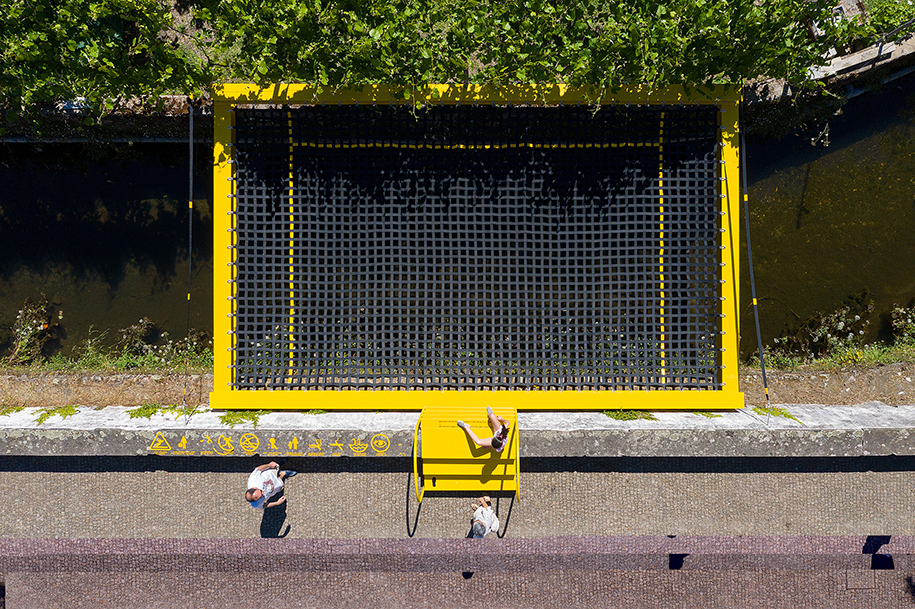 Simulacro aims to awaken the senses and the imagination of the passerby to the heart of the city of Santa Maria da Feira, where the Caster River runs every day. Like him, we walk past the city without observing it. This is an unconscious act common to all of us that manage ourselves by a schedule, activity, commitment, or purpose. 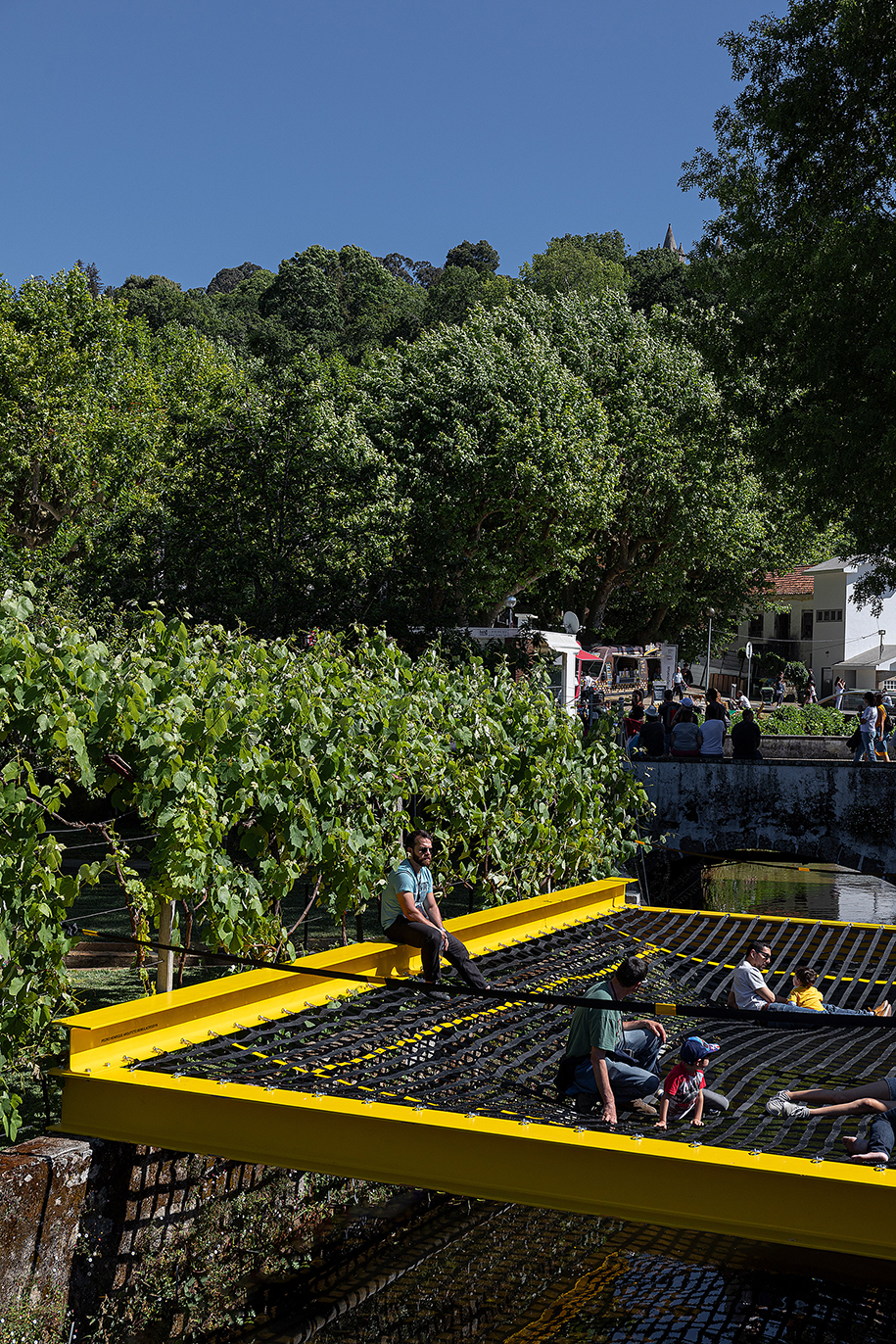 During the design process we rediscover the course of this river that unravels the core of one of the oldest blocks of the city. This core reveals what we dare to call non-place, because it is not the result of a plan of its own but rather the result of everything that happens around it. This non-place has both remnant and potentiality and therefore we intend to temporarily transform it into a (ephemeral) space, giving it conditions to create permanence.

Therefore, the first goal of this intervention is to transform non-place into an ephemeral space of being.

To do so, we put an accessible safety net over the river. Once in the net, the public is hovering over the river – a natural reflector that generates innumerable points of view. Each of them can be a different trigger of thoughts and therefore of criticism and reflection. 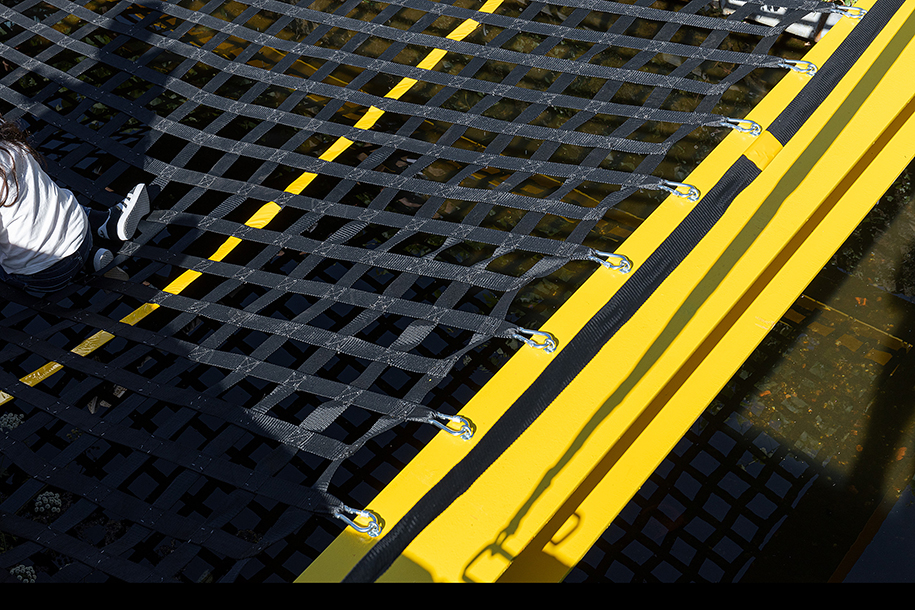 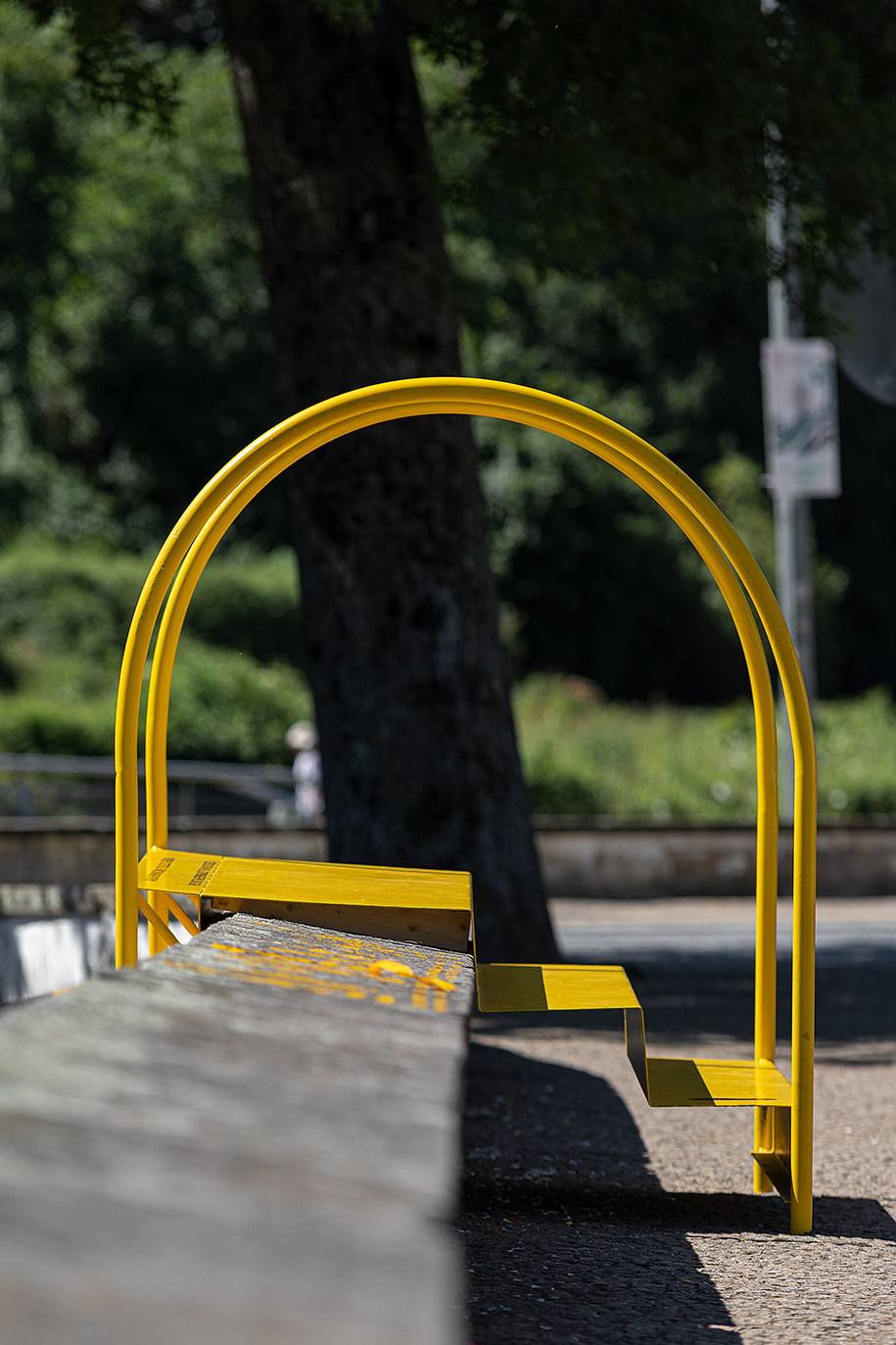 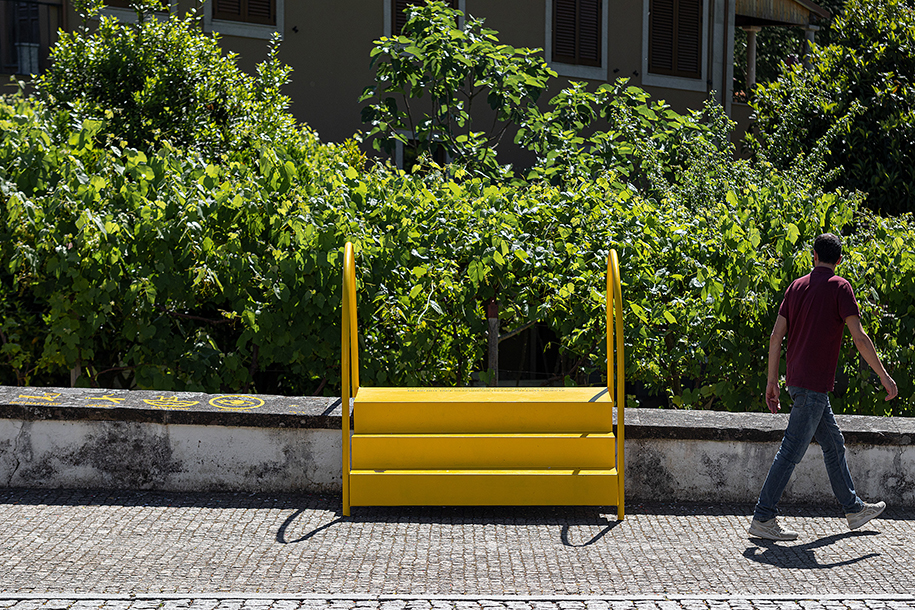 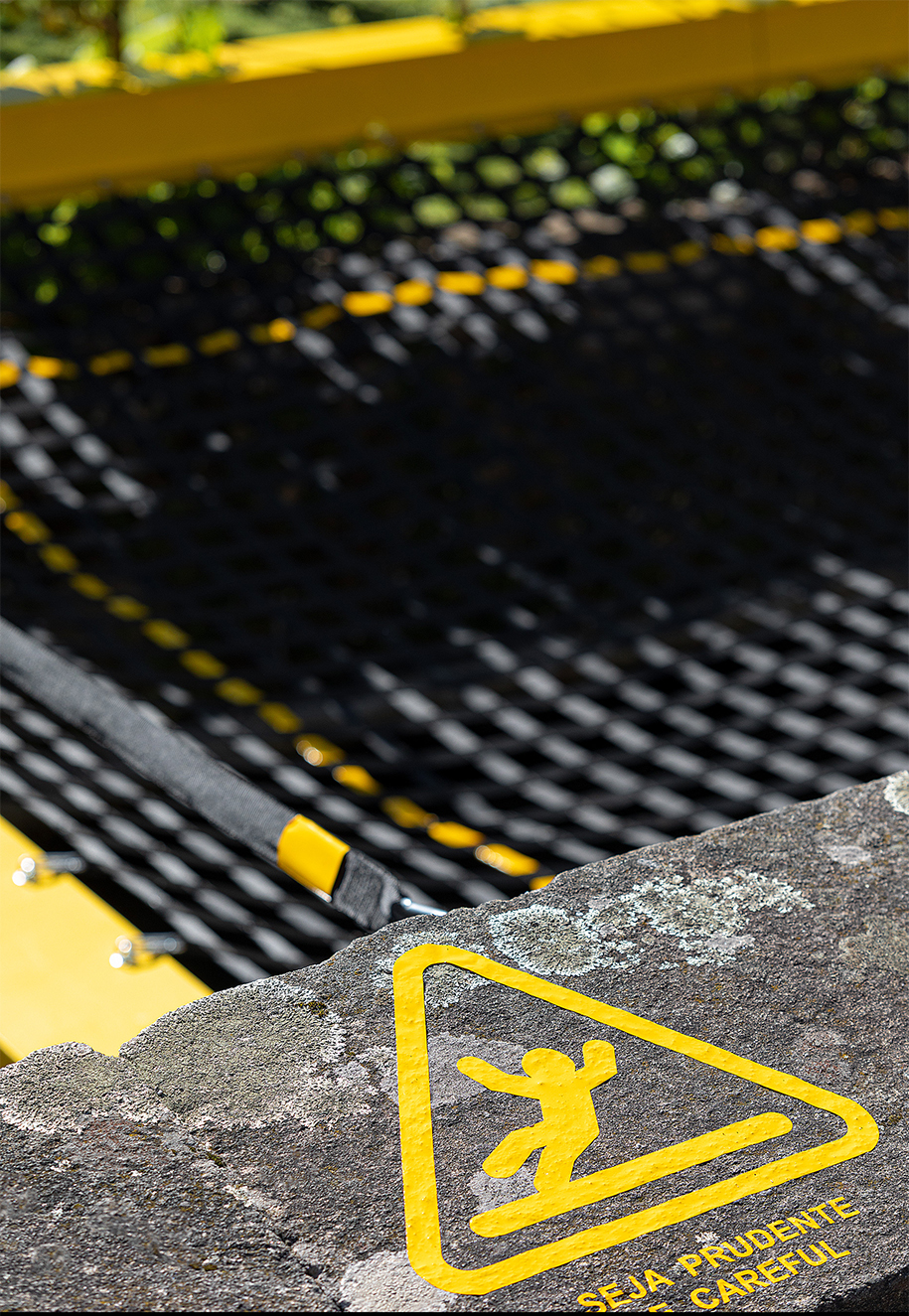 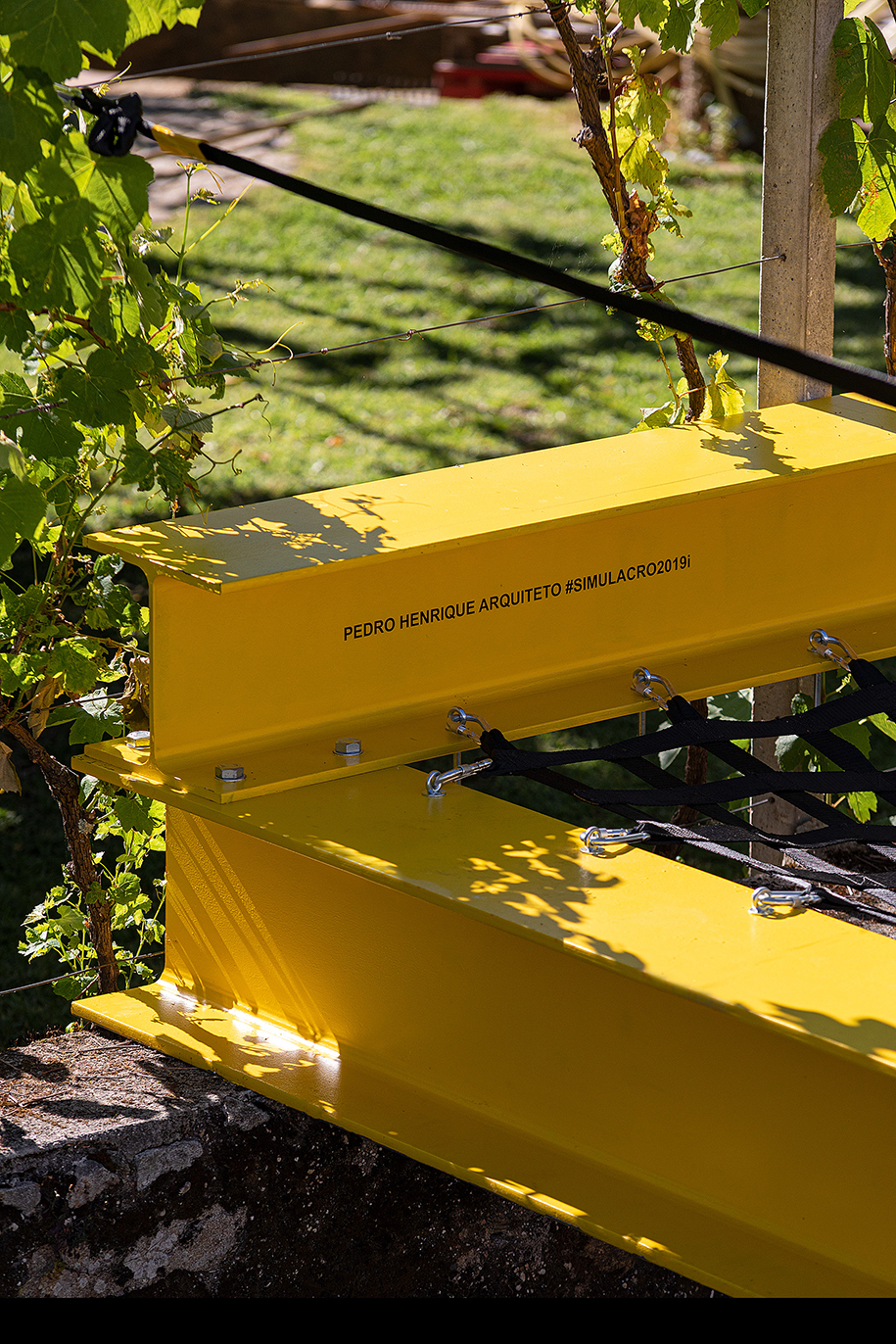 Simulacro (it could be reality) starts from the vision of a group of architects who, through the discipline of architecture  intend to transform non-place into an ephemeral space and foster reflection and criticism about the public’s claim of public space. 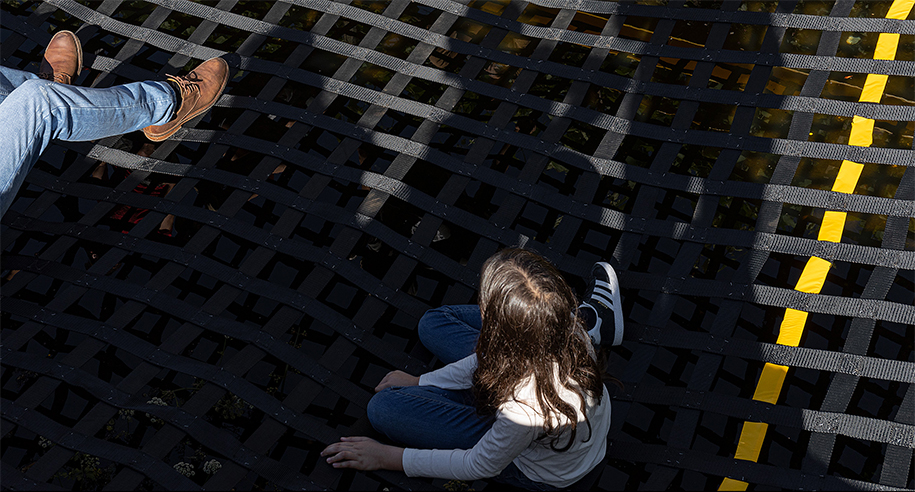 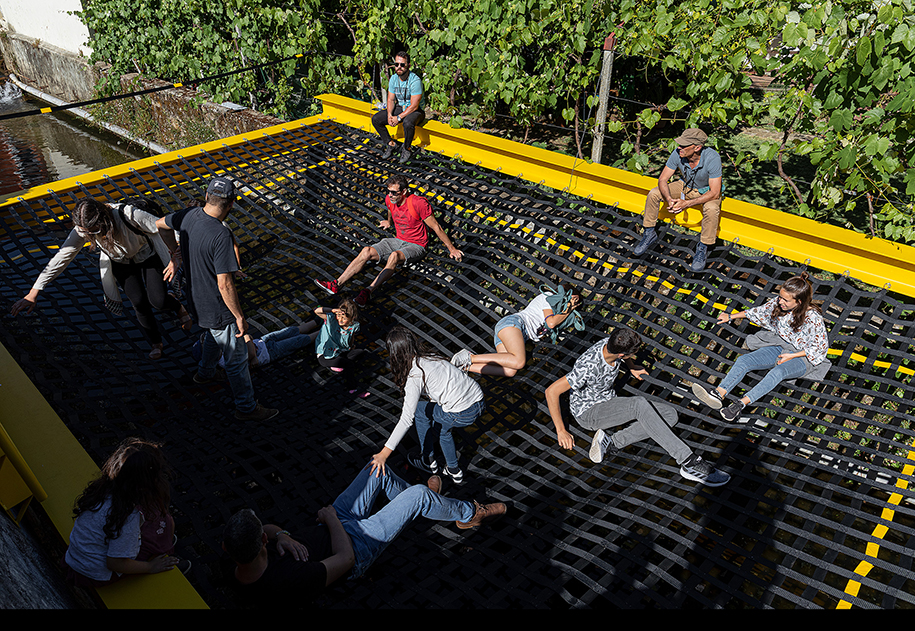 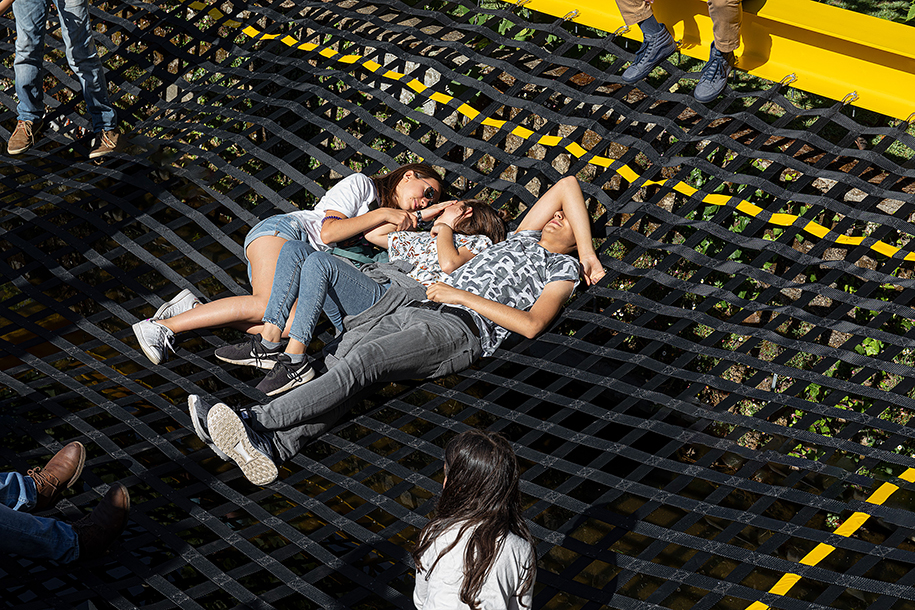