In present day city of Athens there is a critical lack of open green and recreational spaces. In a city, which
has such an advantageous location and mild climate it almost impossible to find that little patch of green
where a contemporary urban dweller can relax and enjoy his time off. Today the city is characterized by
locals and visitors alike as being an endless concrete jungle which spreads and fills every little corner in the

Attica basin.
However most of the building stock is low rise and with flat roofs, which are mostly cramped with unsightly
antennas and sun collectors for heating domestic water. On the other hand these flat roofs represent a
wonderful opportunity. If an adequate percentage of these roofs would be planted and utilized as a
recreational space this could make a significant difference to the bio climate of the city and the way the city

is perceived by its inhabitants.
The roof on top of a small four storey housing block in the area of Melissa was a typical example of the
above mentioned. However it offers almost 360 degree views of the entire city. This was one of the main
reasons why a young couple decided to buy the top flat in the building as it came with an exclusive right to
use the roof as a private terrace. The brief called for a revamp into intimate area for the couple and a place
where they can hang out with their friends, organize parties etc. All of this had to be achieved on a tight
budget.

The main idea was to minimize the variety of materials and consequently minimize the variety of trades used
in the construction process. Boards of Iroko hardwood were used as the main building material, which cover
most of the surfaces. Surface of the floor folds and wraps the wall, the wall becomes a table or a bench, a
bench becomes a bed or a planter etc. The standard dimensions of the boards, which are 12cm wide and
2cm thick, were used as the main building module. Everything was built within this module to minimize the
off-cuts. Unsightly chimneys were for fire-protection reasons wrapped with metal sections of the same
dimensions. All furniture is built-in except two benches on wheels, which can be freely moved. All planting is
indigenous and sourced locally from the Attica area.

Maybe this conversion has planted a little seed in the area and possibly more utilized and planted roofs will
slowly appear. Hopefully some of them would be public. 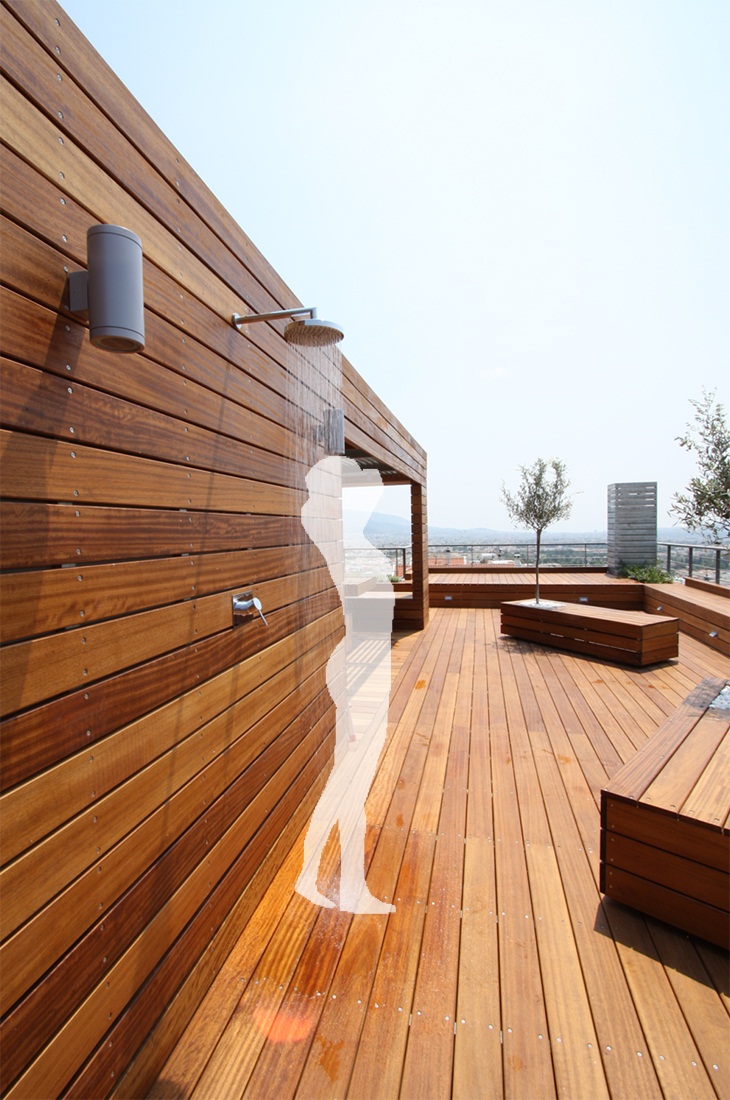 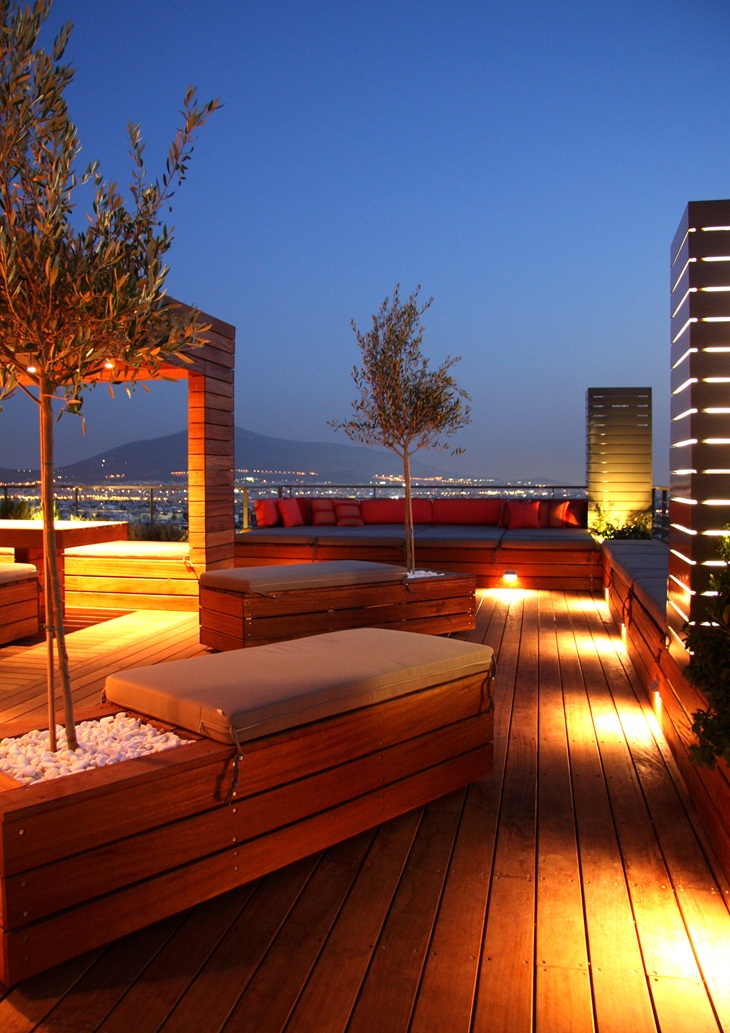 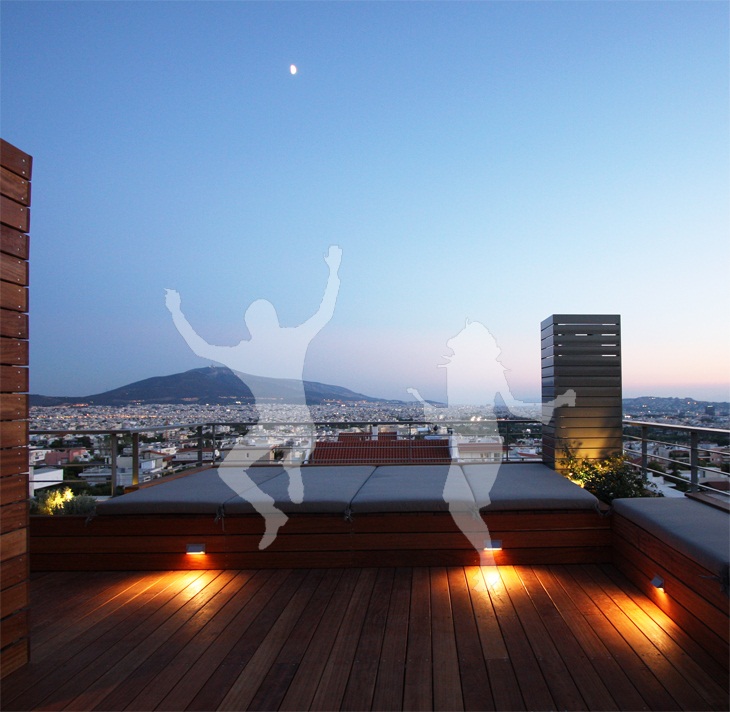