text provided by the architects – The Mercat de Sant Antoni building, designed by the architect Antoni Robira I Trias and the engineer José M. Cornet i Mas in 1882, is one of the most iconic buildings in Barcelonás Eixample district. It occupies an entire block and is shaped like a Greek cross, its geometry and dimension typicle of Eixample alignments. The central octagon, crowned with a large dome, is typical of the crossing of the Plan Cerdà. 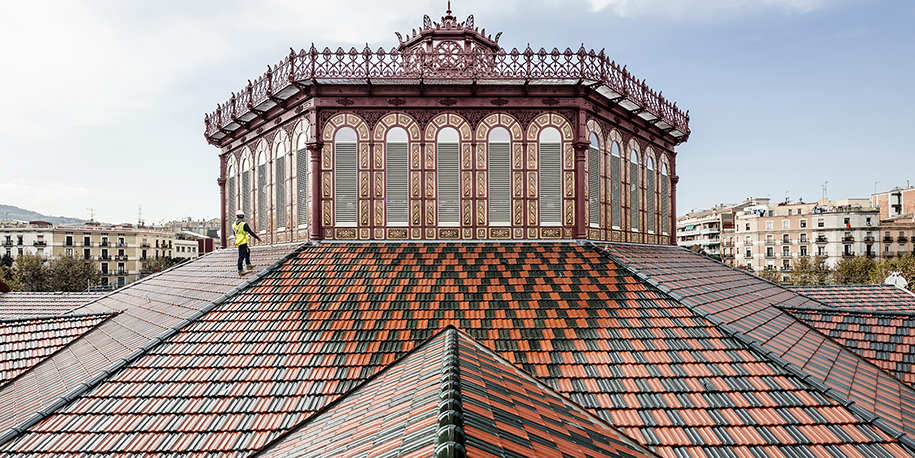 The market’s strategic position with respect to Ciutat Vella and the ring formed by the Ronda has placed it at the centre of a busy shopping hub that transcends the boundaries of the building itself and spills over onto the surrounding neighbourhood. 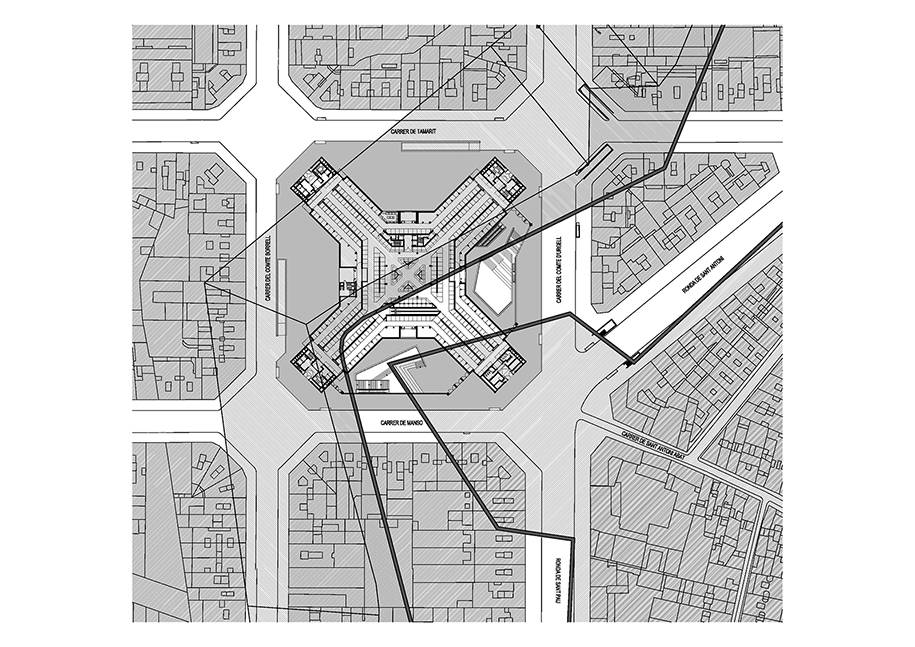 Over the years, concentrating trade into this one district has led to the emergence of different constructions around the market to house temporary street market stalls. These -seasonal and Sunday – markets are without a doubt worth preserving and promoting, given that they not only complement the services of the market in selling fresh produce, but they also manage to turn the entire complex into one of Barcelona’s most iconic landmarks. 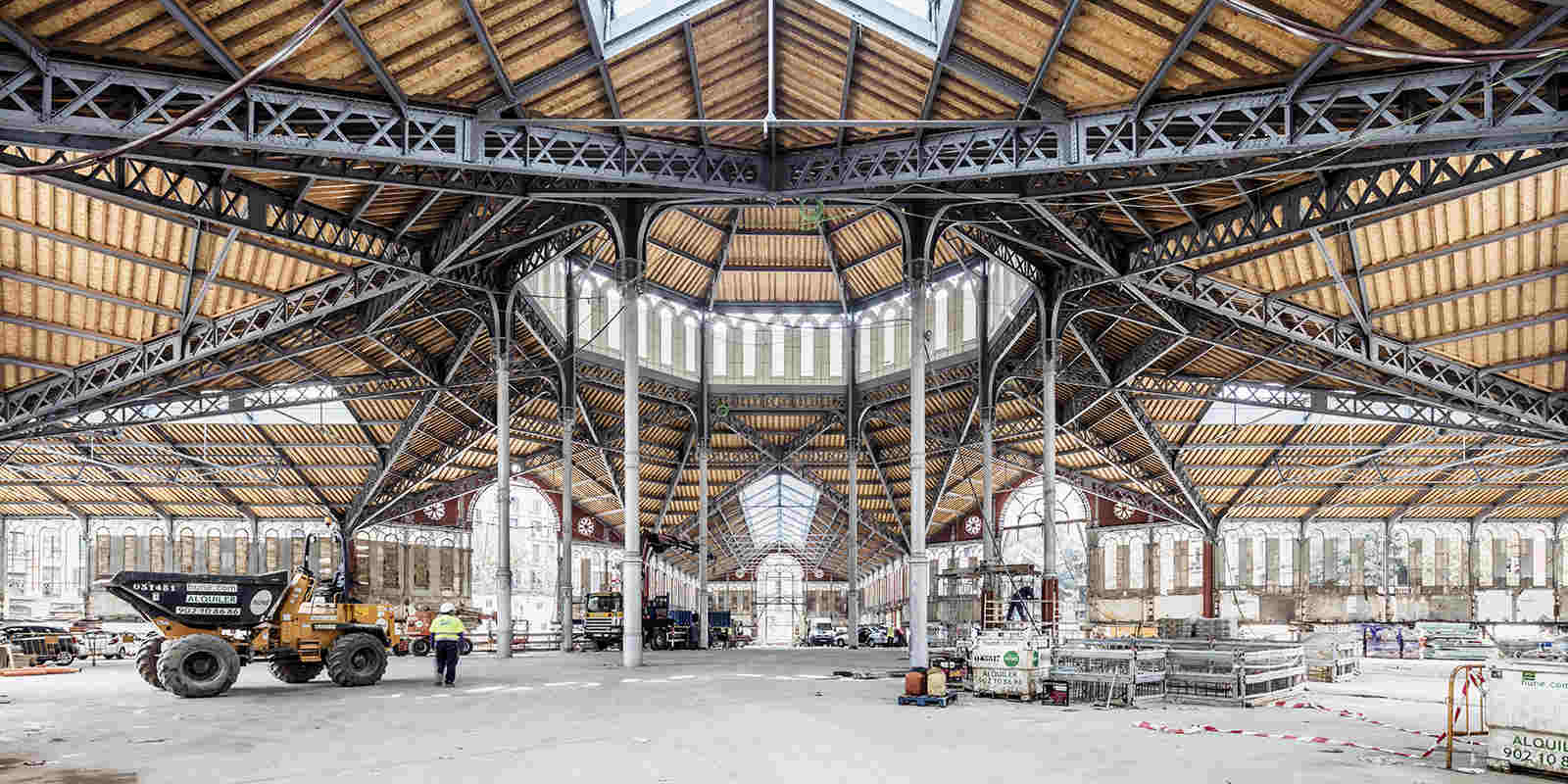 The new layout has reduced the number of stalls and streamlined the space (passages with a width of 3 metres and stalls with a depth of 2.5 metres), allowing the surplus space in the wings to be available for other uses after enlarging the central aisle. The small new constructions that will replace the storerooms currently attached to the perimetric wall of the building will allow the creation of a passage. 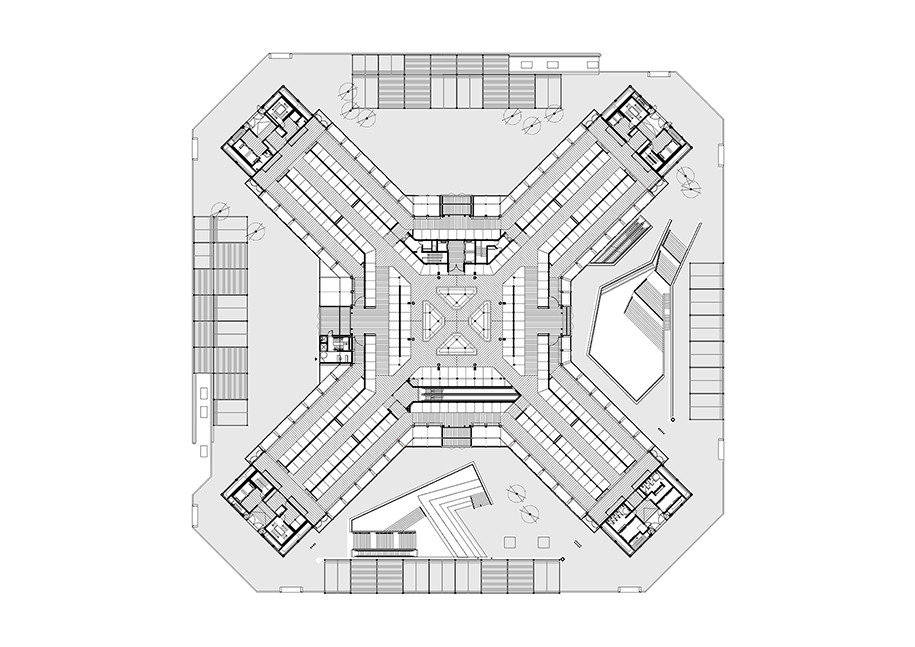 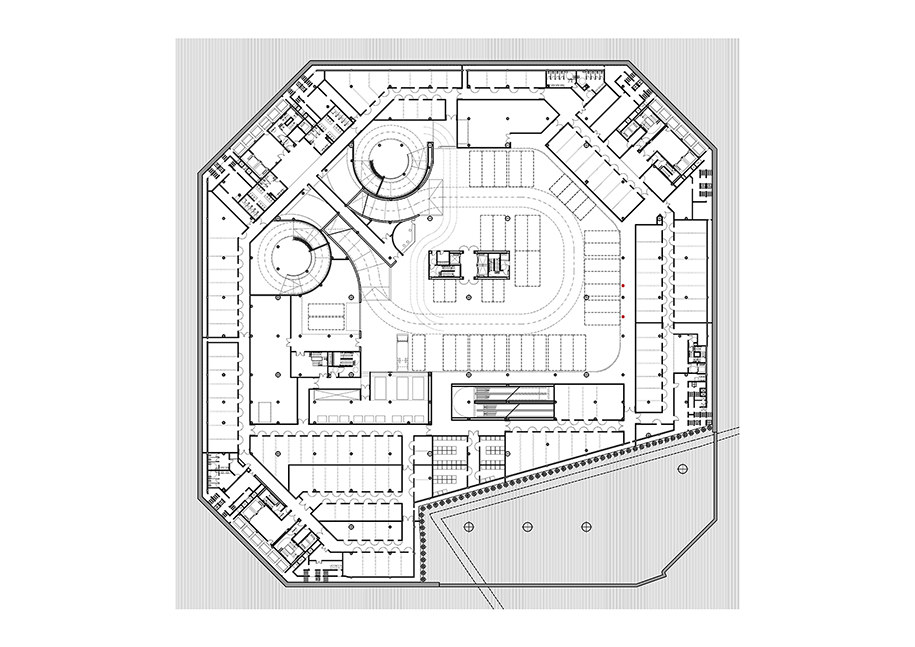 The new recovered glazed ceramic tiled roof and the central dome in terracotta blend with the rest of the market’s structural and construction elements. The height of the basement was extended to increase the height of the loading and unloading area, and one of the basements is now devoted entirely to new commercial uses. The other basements are of a single height in the central (loading and unloading) area and there are two mezzanine floors for storage and parking. 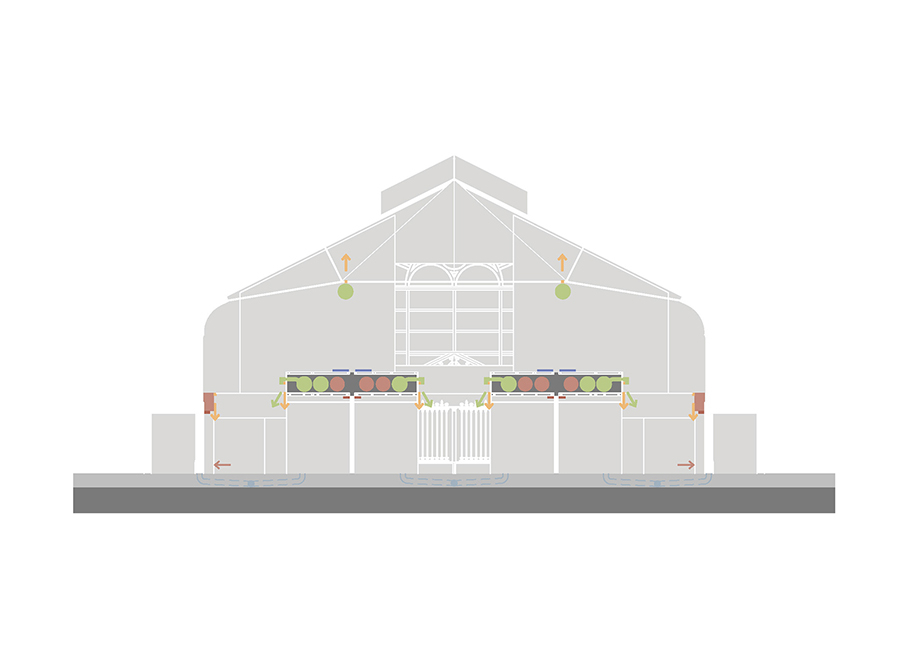 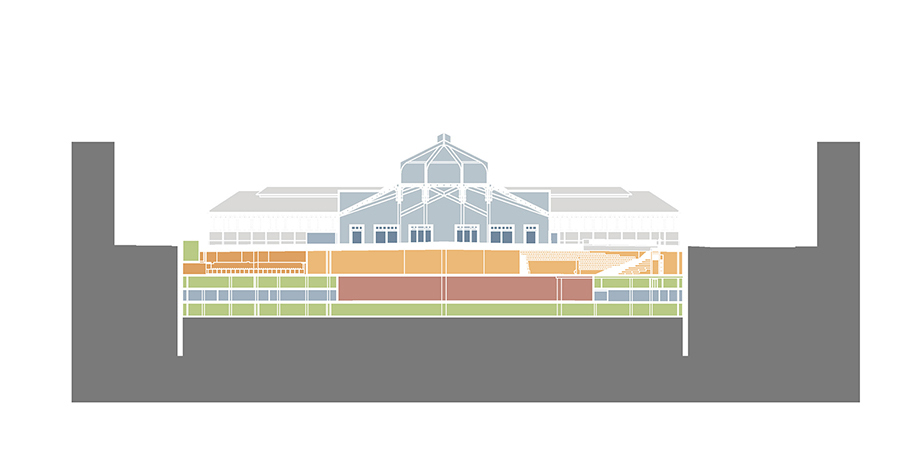 The old bastion was preserved in its entirety, as was most of the counterscarp, so that the trench wall of the market could be understood and enjoyed by the future generations. 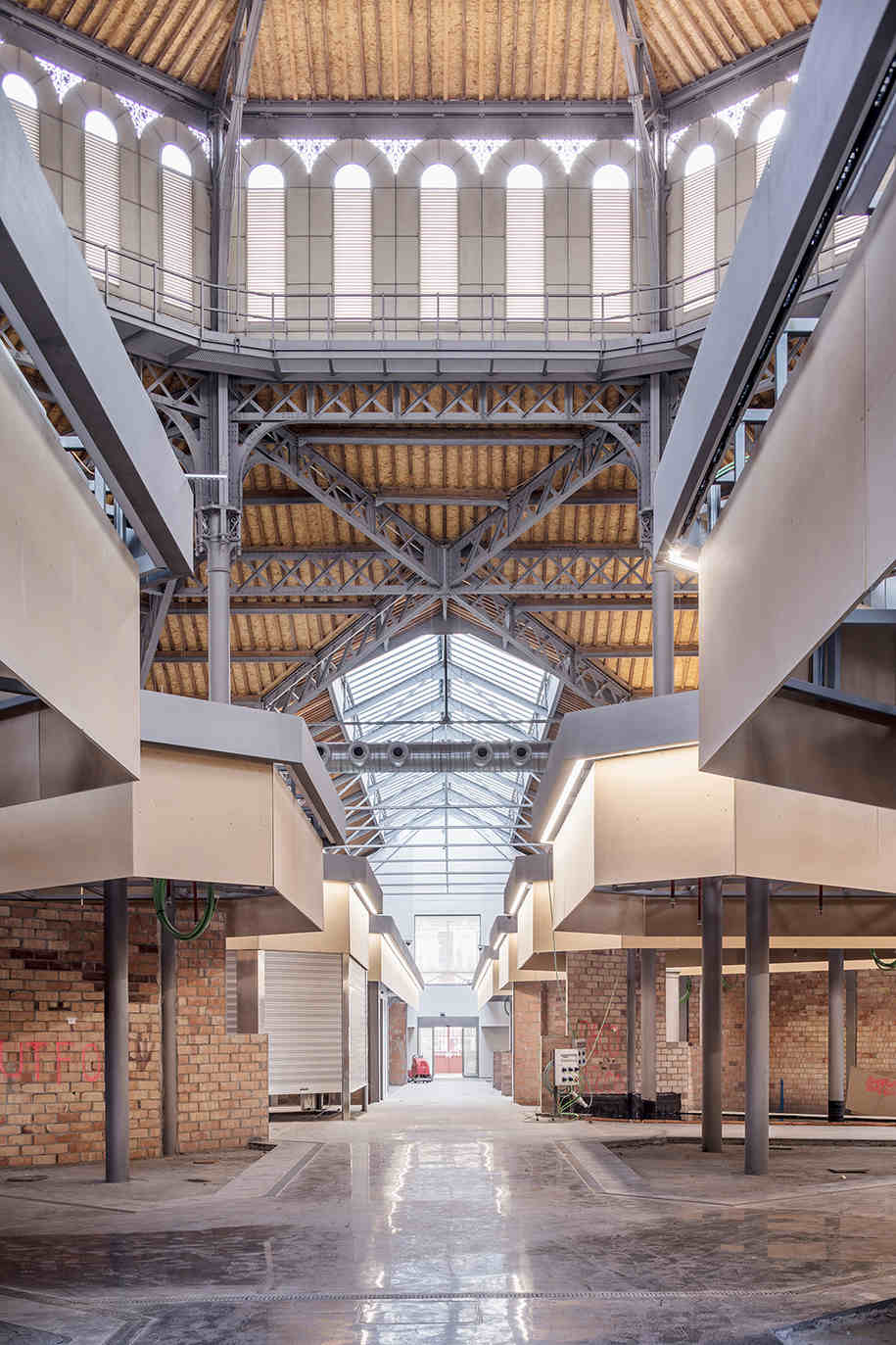 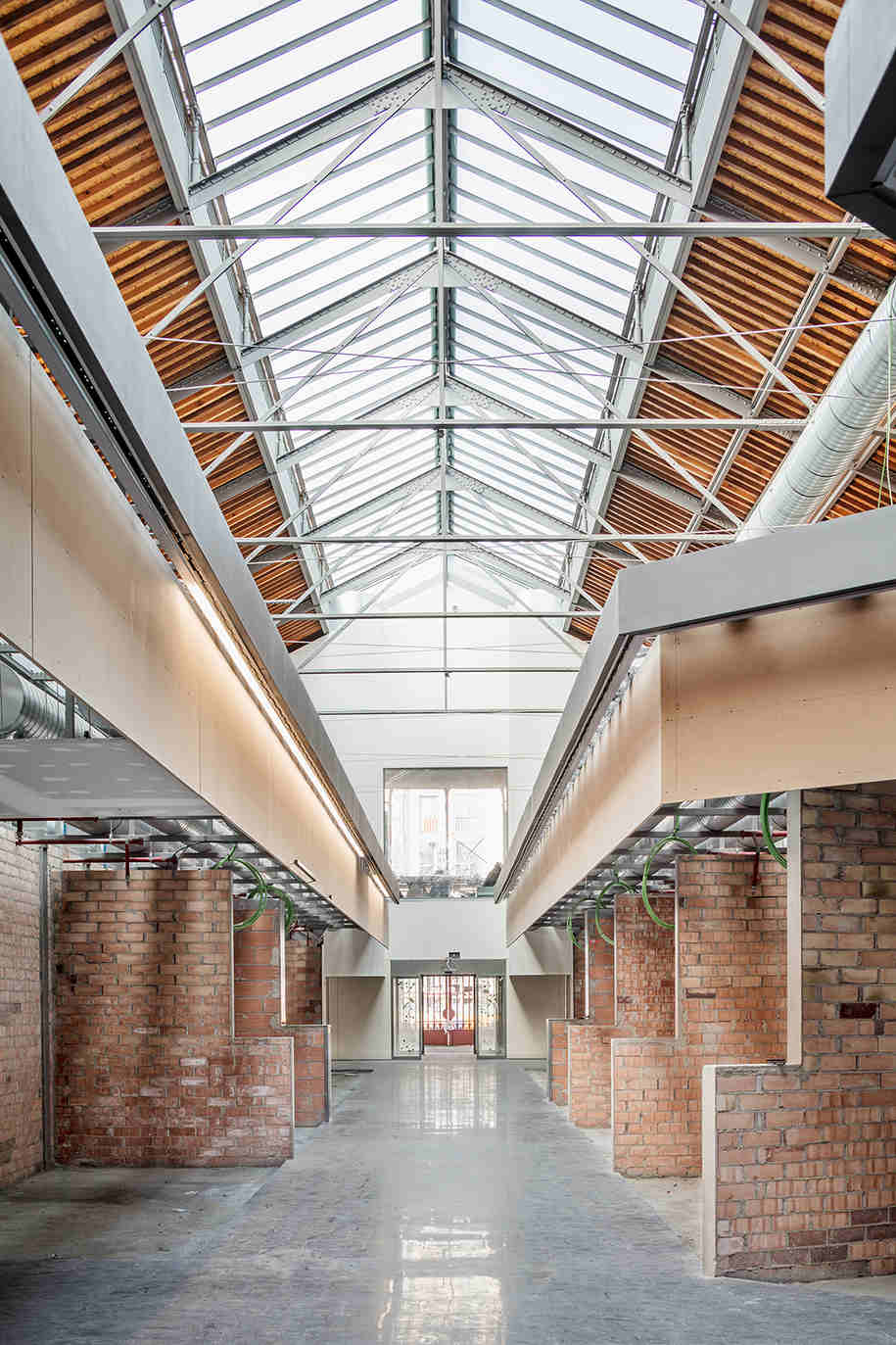 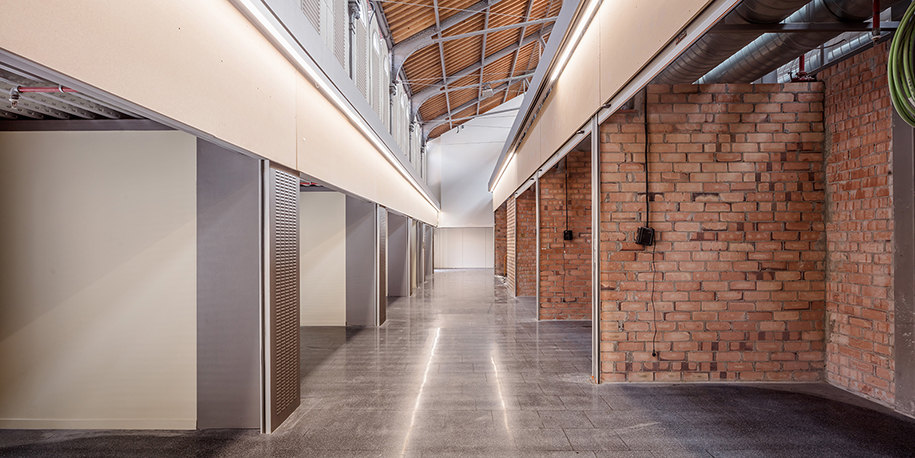 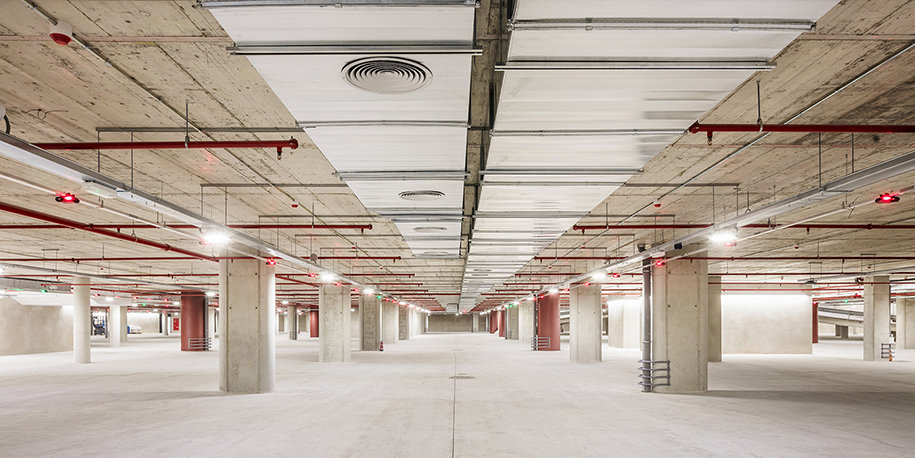 Architect. Design Professor at Barcelona School of Architecture (ETSAB). Master of Science in Building Design at Columbia University in New York in 1985.

Doctor by Universitat Politècnica de Catalunya (UPC) in 1994. Professor in charge of the Design Course “Housing and City” since 2000 and full professor since 2016. He is the author of several monographs on housing published by ETSAB. He has collaborated with diverse national and international magazines with essays and articles of his work realized in collaboration with Carme Ribas between 1985 and 2017.