I AGREE
Archisearch Array
Text from the office
Kaufhaus des Westens (KaDeWe) belongs to a consolidated tradition of historical European urban department stores such as Galleries Lafayette in Paris, Selfridges in London or laRinascente in Milan. Historically Department Stores have been one of the pillars of early modern retail, acting as an incubator for sophisticated crafts, social exchange and challenging experimentation in services.
Since its opening in 1907, KaDeWe has always been at the forefront of products’ selections while also setting new standards for patron services. Its unique size – the biggest department store in continental Europe – makes it akin to a city: a three dimensional network of paths, squares, neighbourhoods, activities and views unfolding through its large extensions and providing opportunities for commercial social and cultural encounters. Its evolution reflects Germany’s modern history: from its origins in the early 20th century, through WWII destructions and the subsequent rebirth in the 1950’s when it became a symbol of the country’s post war reconstruction and economic success.
Late 20th century modifications, accelerating global economic shifts and the challenges brought by the digital revolution have turned KaDeWe’s current set up into an obsolete model. There is now a need to investigate an alternative to the established retail model – a model able to redefine the relationship of the department store both with its patrons and with its physical and urban environments.
Our proposal for the transformation of KaDeWe is tactical.
Rather than treating the existing building as a singular mass, the project aims to break it into four quadrants, each one with different architectural and commercial qualities, targeted at different audiences: classic, experimental, young, generic, etc…; four department stores under one single roof, fragmenting the original mass into smaller, easily accessible and navigable components – similar to distinct urban sectors embedded into a unifying city fabric.
Each quadrant addresses a different street entrance and is organized around its core void acting both as a main central atrium and a primary vertical distribution space. Through a process closer to the one of curating rather than designing, each void is developed specifically to offer four kinds of distinct spatial experiences and four efficient models of organization. Throughout the nine levels of the building the voids transform in size and extension, avoiding any repetition and making every floor unique: they disappear on the ground floor, morph through the commercial areas, and – in one case only – reach the new rooftop.
A cross-shaped organizational system reinforces the presence of quadrants on each commercial floor, regulating the use of the spaces, the general circulation system, the transition between one quadrant and the other, the relationship between brands and curated spaces, while at the same time allowing the injection of unexpected programs, etc…It operates as infrastructure allowing for multiple conditions and uses.
The existing vaulted rooftop restaurant is replaced by a new architecture – a compact glass volume, extending organically from the profile of the existing building. It is directly connected to the interior spaces through the most adventurous of the voids – the circular and concentric. The journey through the void culminates with a final escalator ramp releasing the visitors towards an expansive view of Berlin. Two ad hoc elevators, visible on the façade and acting as attractors, connect the public streets to the new level. The particular configuration of the new rooftop leaves an open air courtyard between the new architectural insert and the rest of the building. The resulting irregularly shaped courtyard provides a space for outdoor programs and unveils simultaneously the most exciting and yet most secret spaces of KaDeWe: its food laboratories…
Facts & Credits:
Location: Berlin, Germany
Year: 2015 – Ongoing
Status: Design Development
Program: Retail
Partners: Ippolito Pestellini Laparelli, Rem Koolhaas
Associate: Alex de Jong 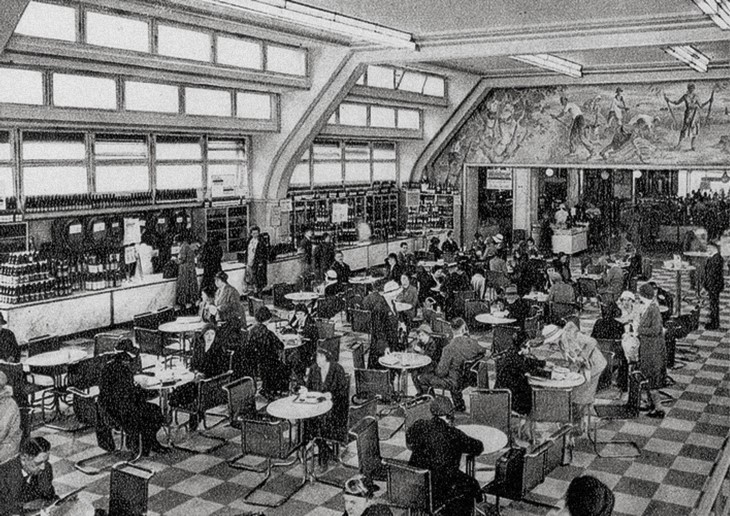 THE HISTORICAL SHOPPING CENTER OF KADEWE 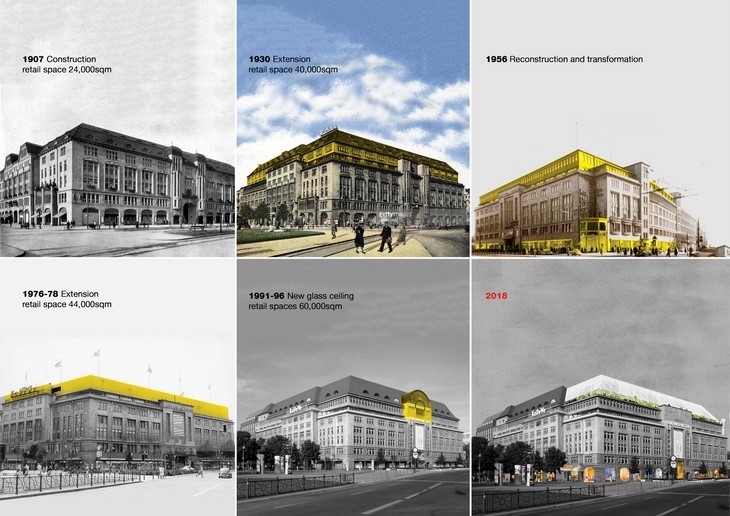 THE PREVIOUS, EXISTING AND PROPOSED CONDITIONS 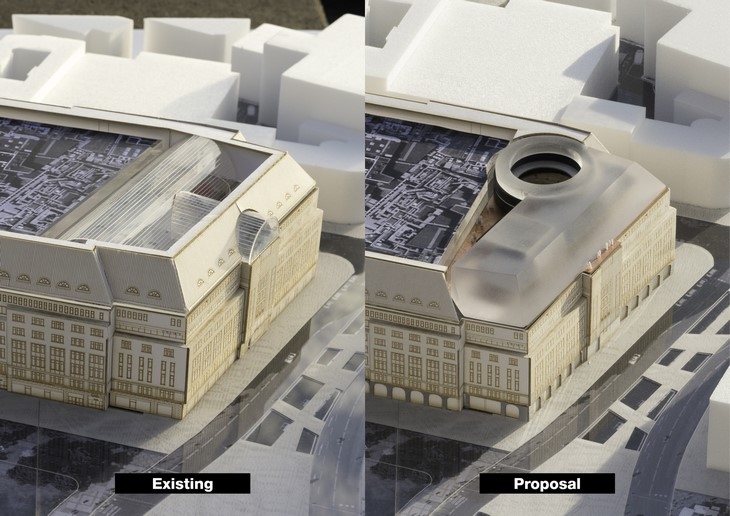 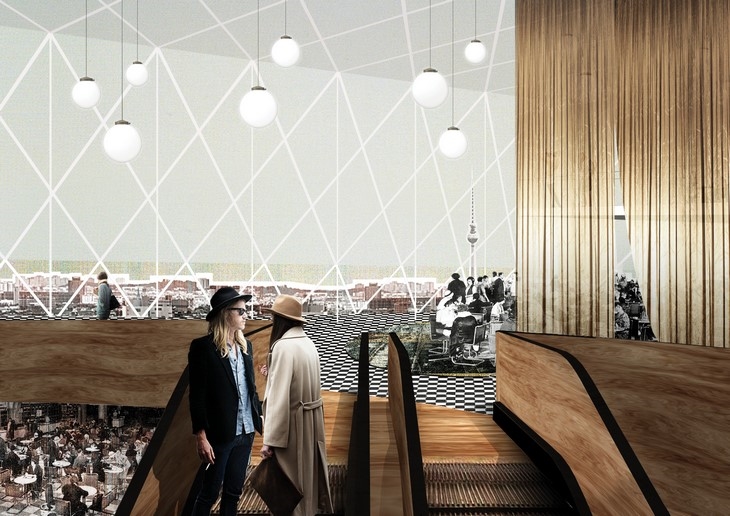 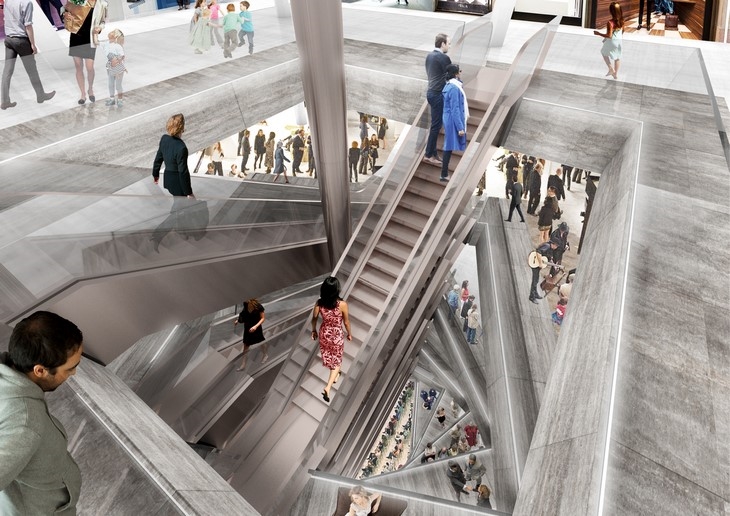 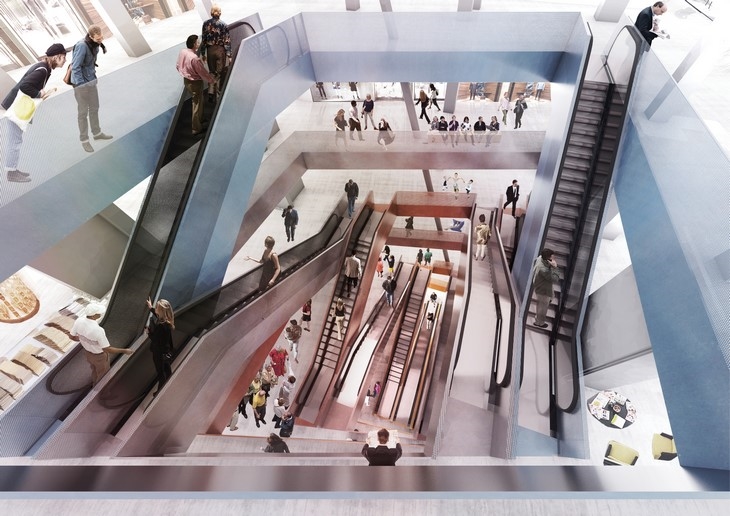 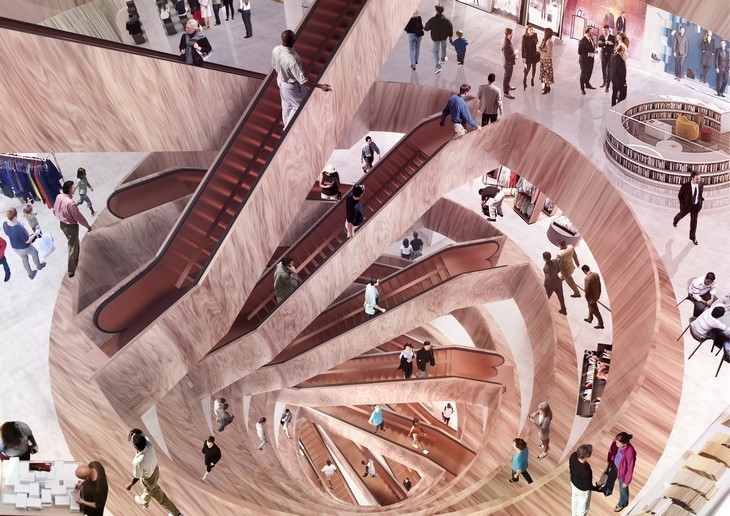 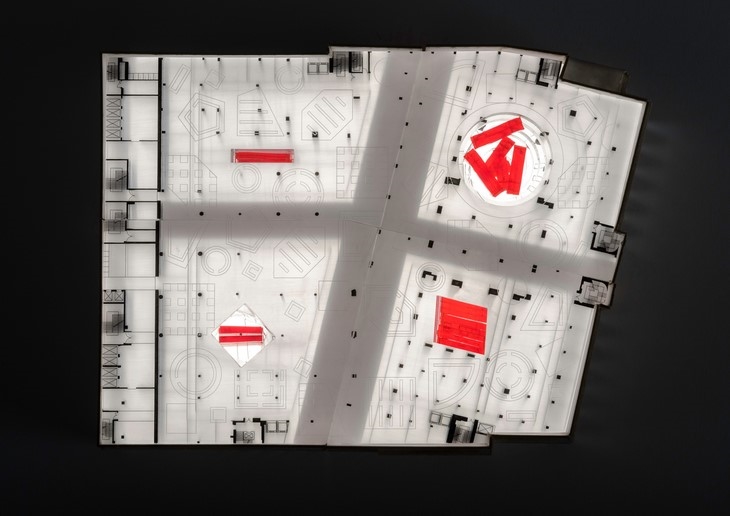 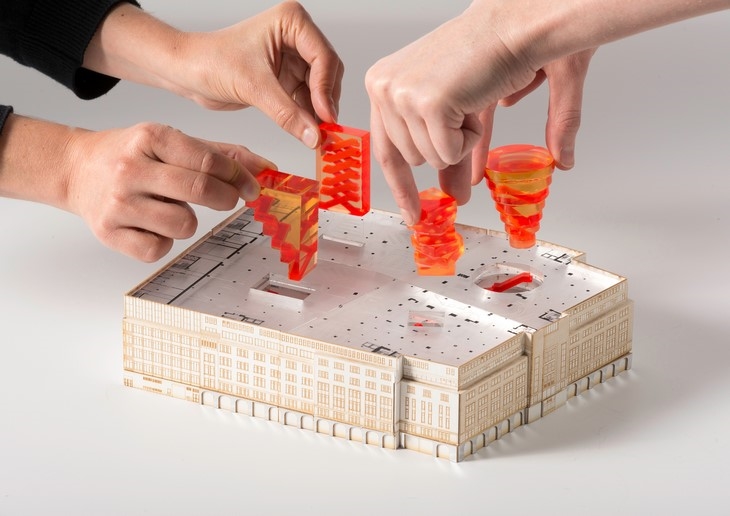 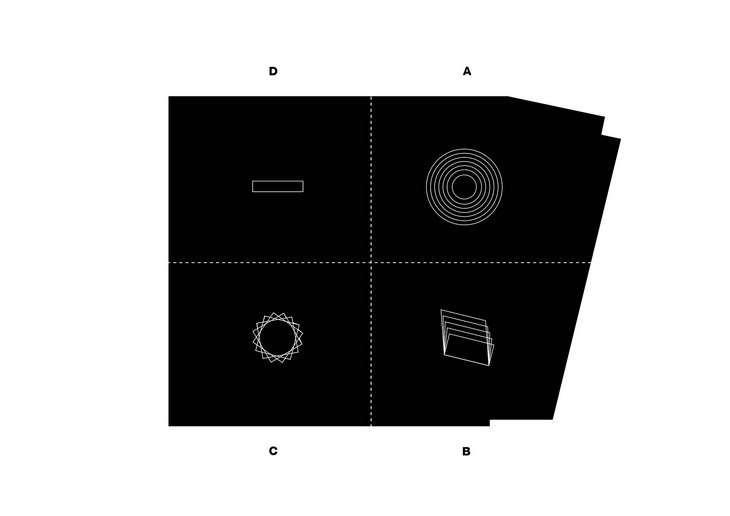 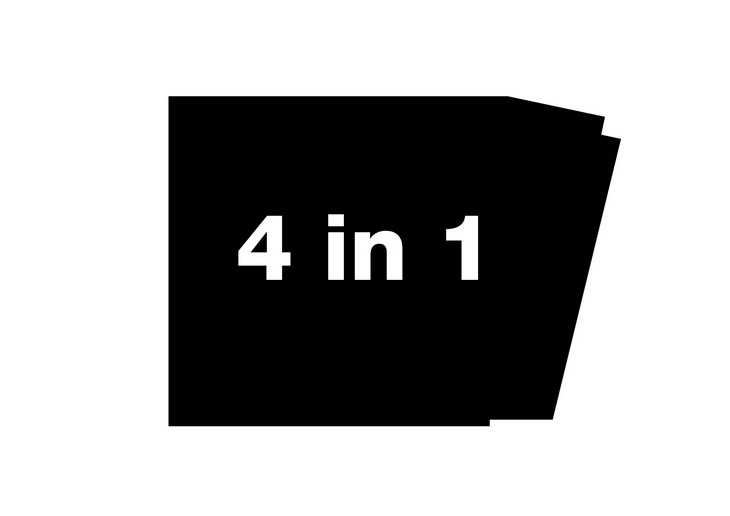 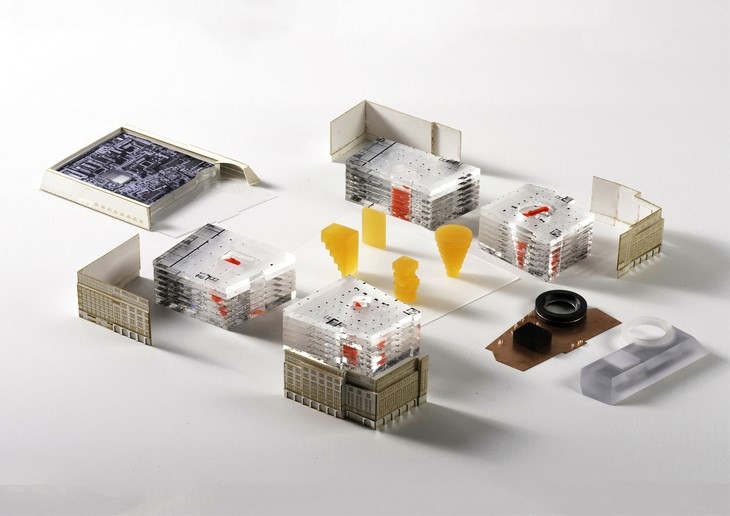