C. Armando took over the restoration and transformation of an Ottoman building located in the historic centre of Rethymno, into Neratze Hammam Suites. The project was about the creation of a refined boutique hotel joined with an existing one. The symbolic elements that defined the architectural aproach and the interior design of the project are: the three domes of the nearby Muslim temple, the Hammam typology and the shape of Neratzè tree leaf. Combined together, they “created a union between architecture and nature” that characterizes the whole intervention.
Neratze Hammam Suites took their name from the bitter oranges that are called “Neratzia” in greek.

-text by the architect 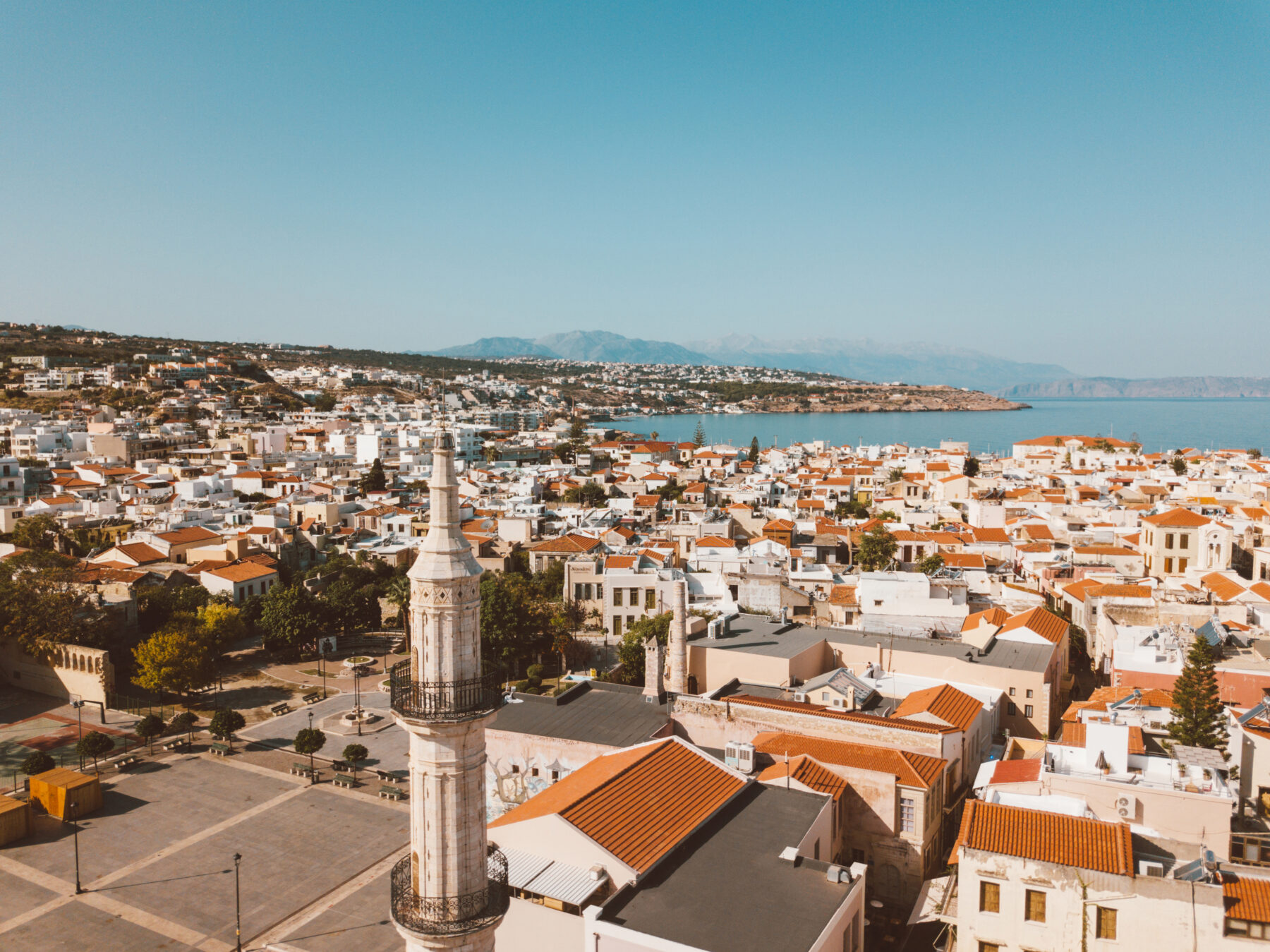 Νερατζια – Neratzia are called bitter oranges in Greek, popular for their smell and still used to make traditional sweets and marmalades. They once surrounded the Augustinian Venetian church of Santa Maria, which today is known as the Neratzè Mosque. It looks at Neratzé Hammam Suites from the other side of the square with its three domes. 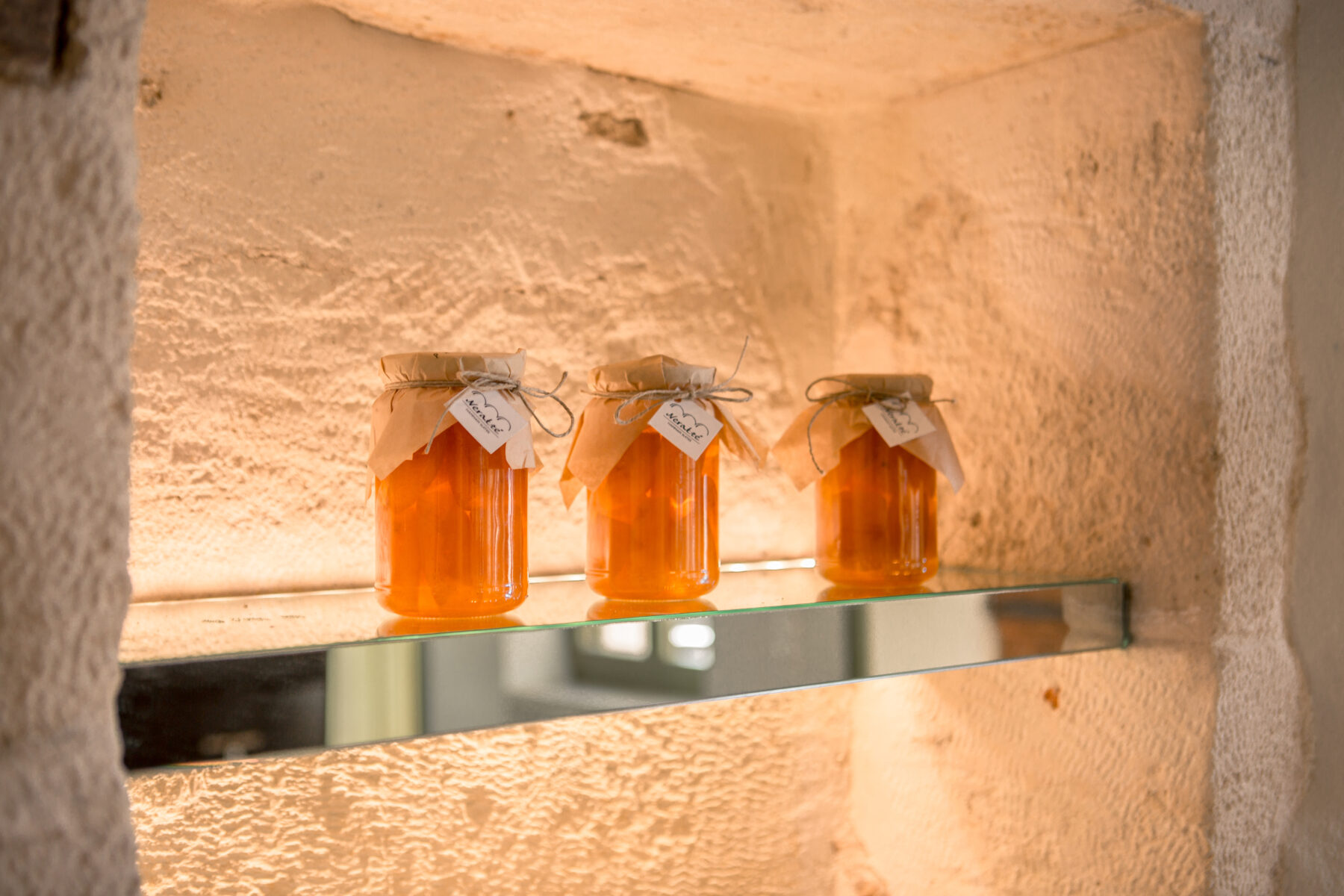 It’s the sequel to Neratzè Hammam Suites and part of a larger renovation project, now including the reception and 3 new rooms that are added to the 4 suites – one of which has a private hammam – already completed in 2018. They are going to be followed by another bedroom and a breakfast room. 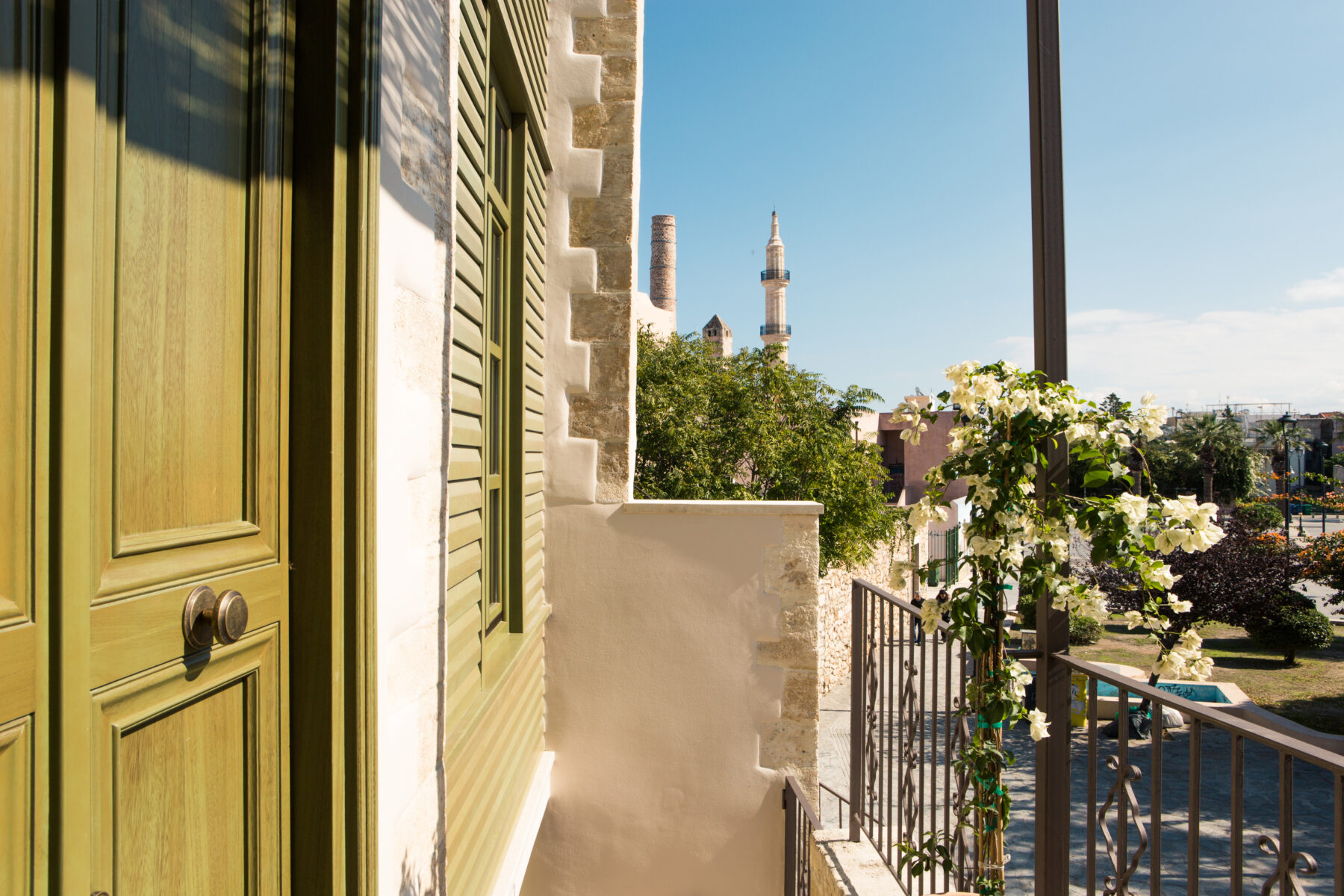 A very challenging project for several reasons, first of all, the very precarious conditions of the existing building located in the historic centre of Rethymno and therefore under the protection of the Archaeological Superintendence; second for the position itself, in a secluded corner of the main square, called Platia Mikrasiaton, in a mixture of public and private spaces, where the perception of safety by passers-by who crossed the stoà towards the street of Lastenous was limited. 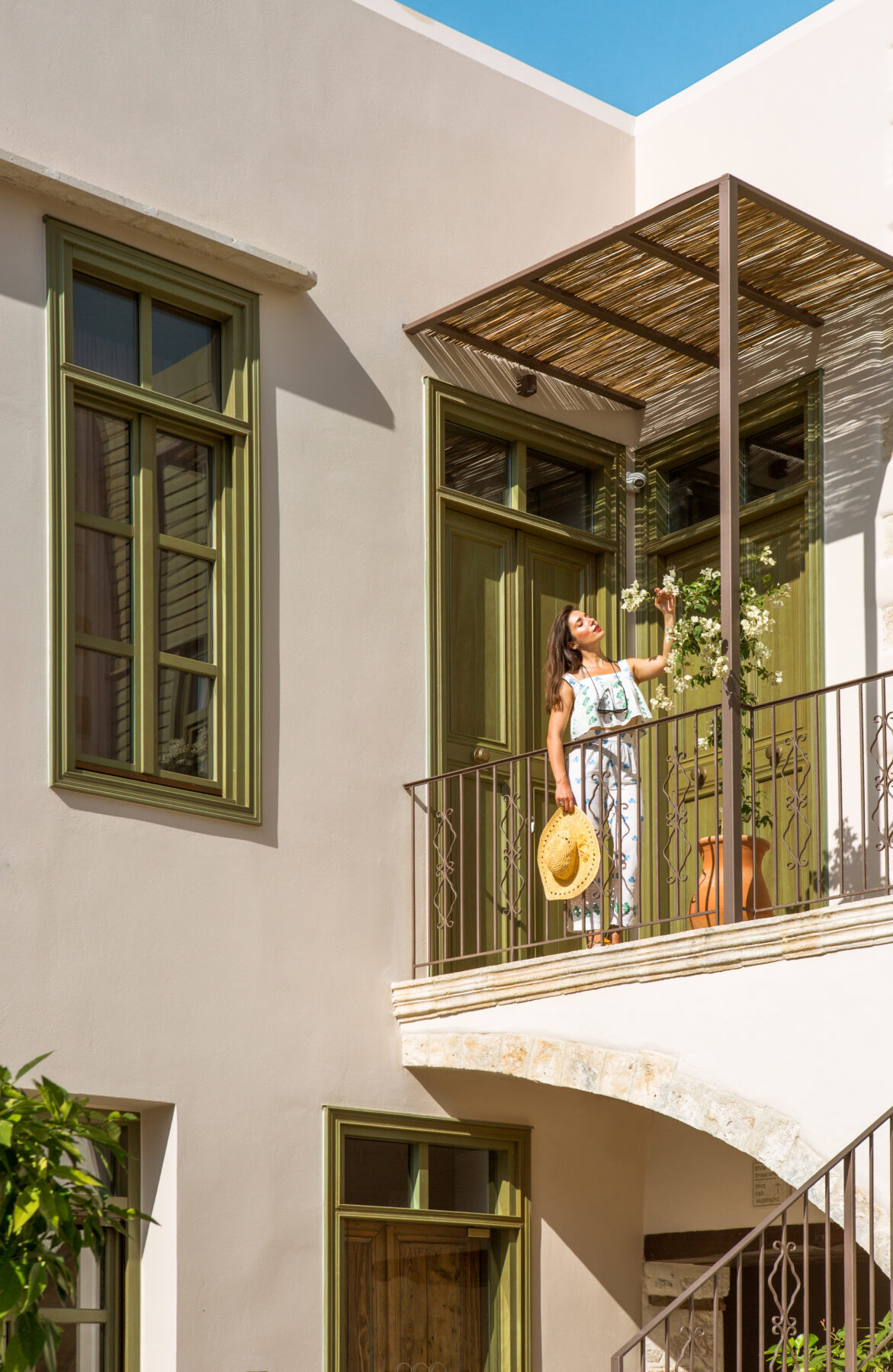 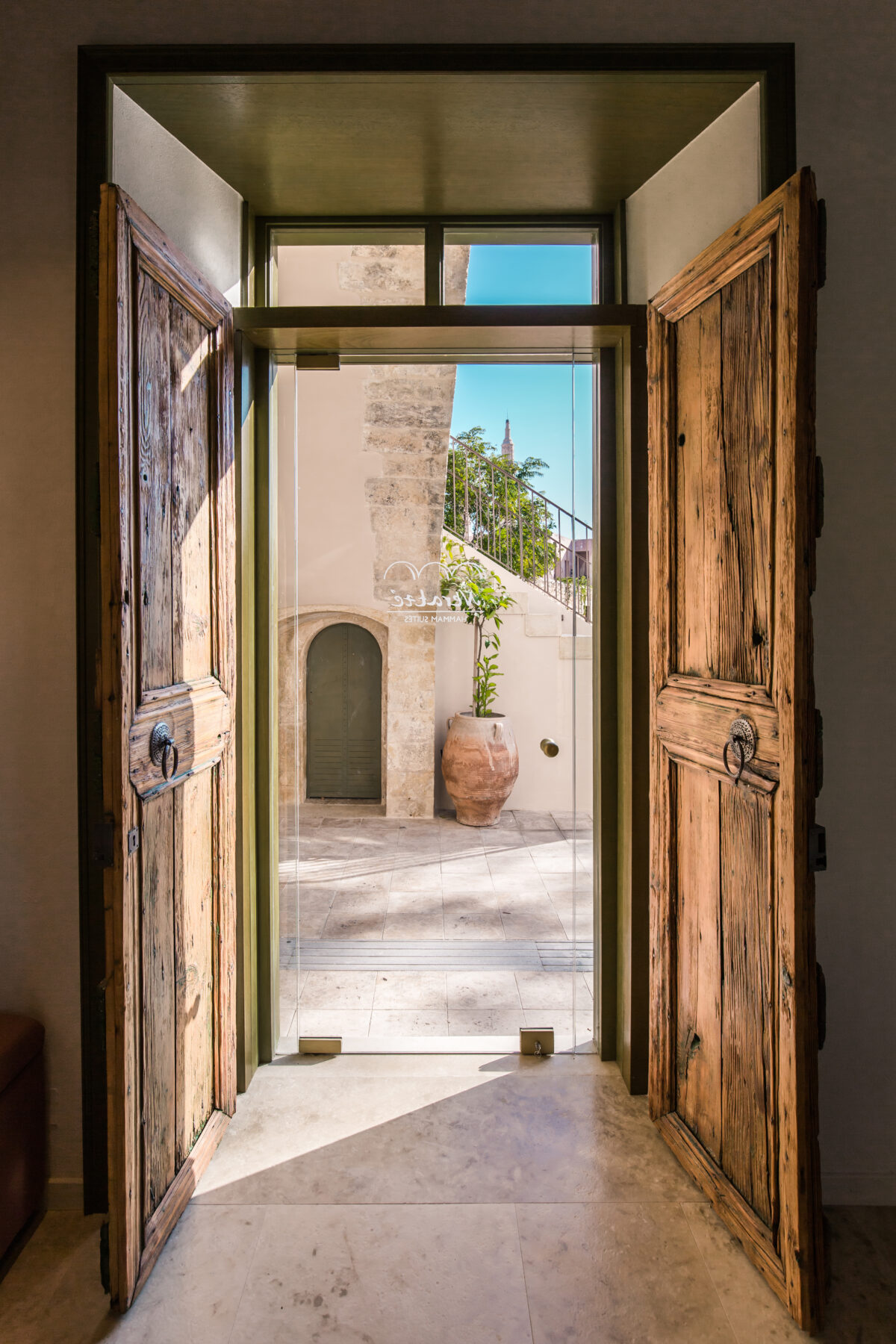 A clear example of how an architectural renovation can also become an urban regeneration work, increasing then the interest in the area and therefore the flow of people. 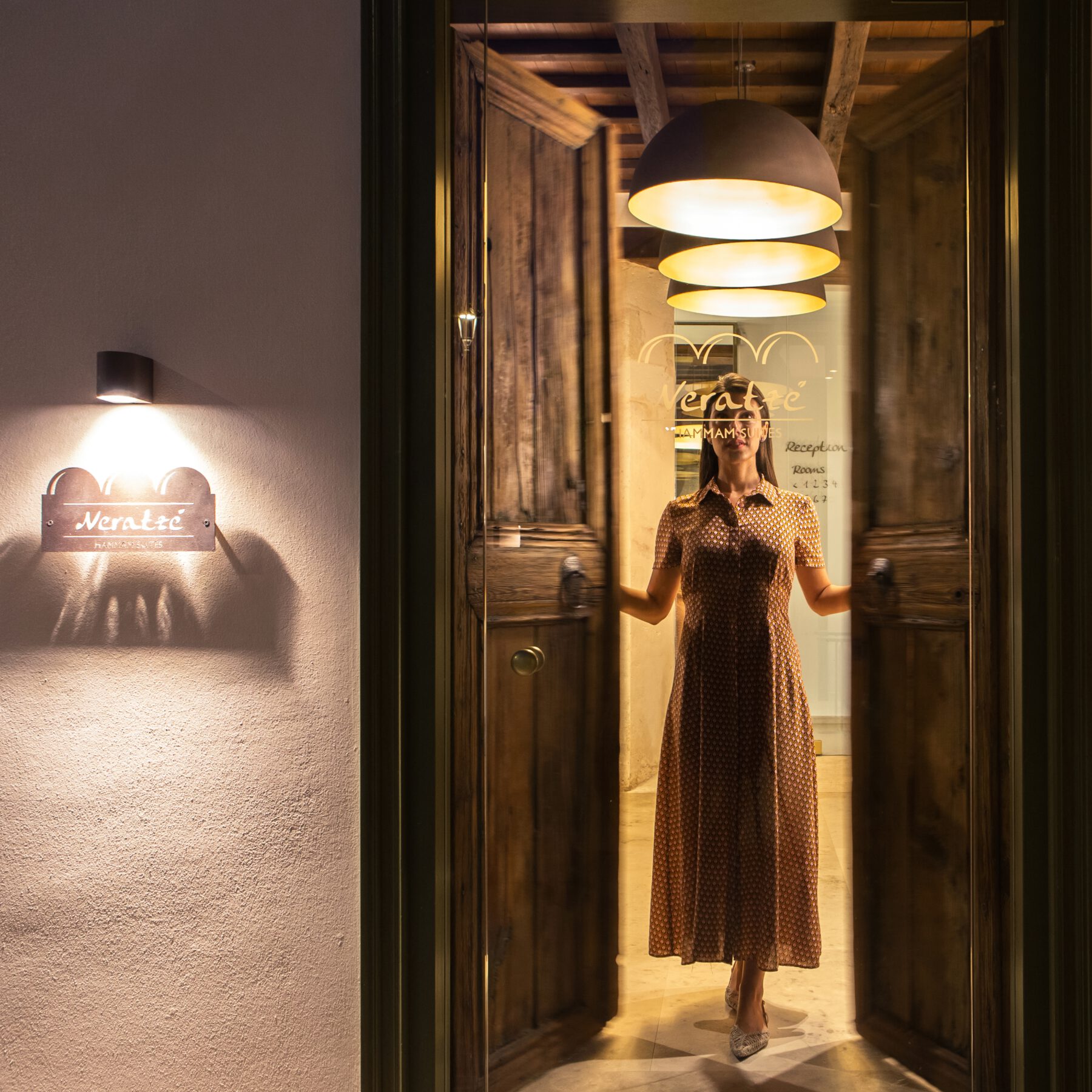 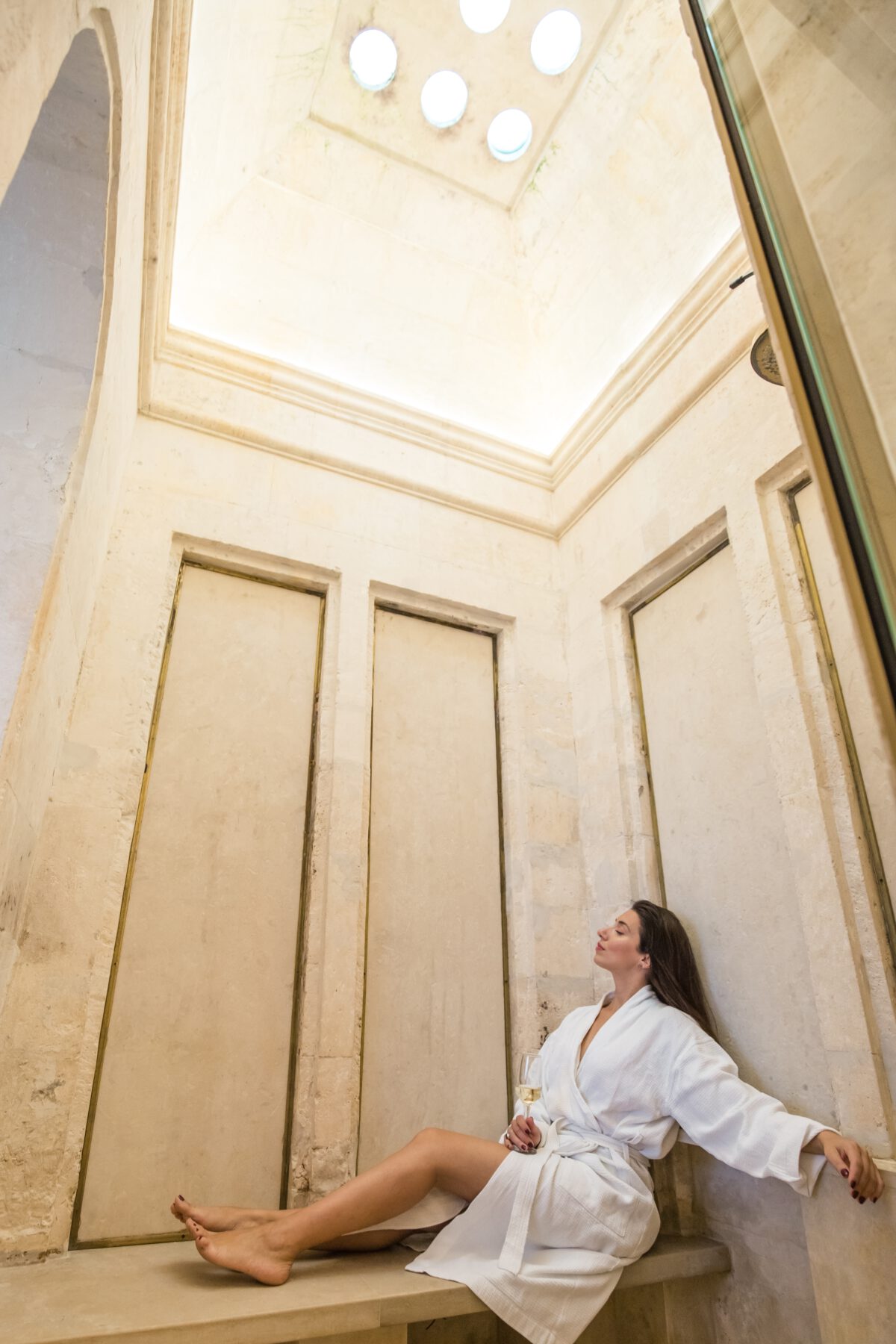 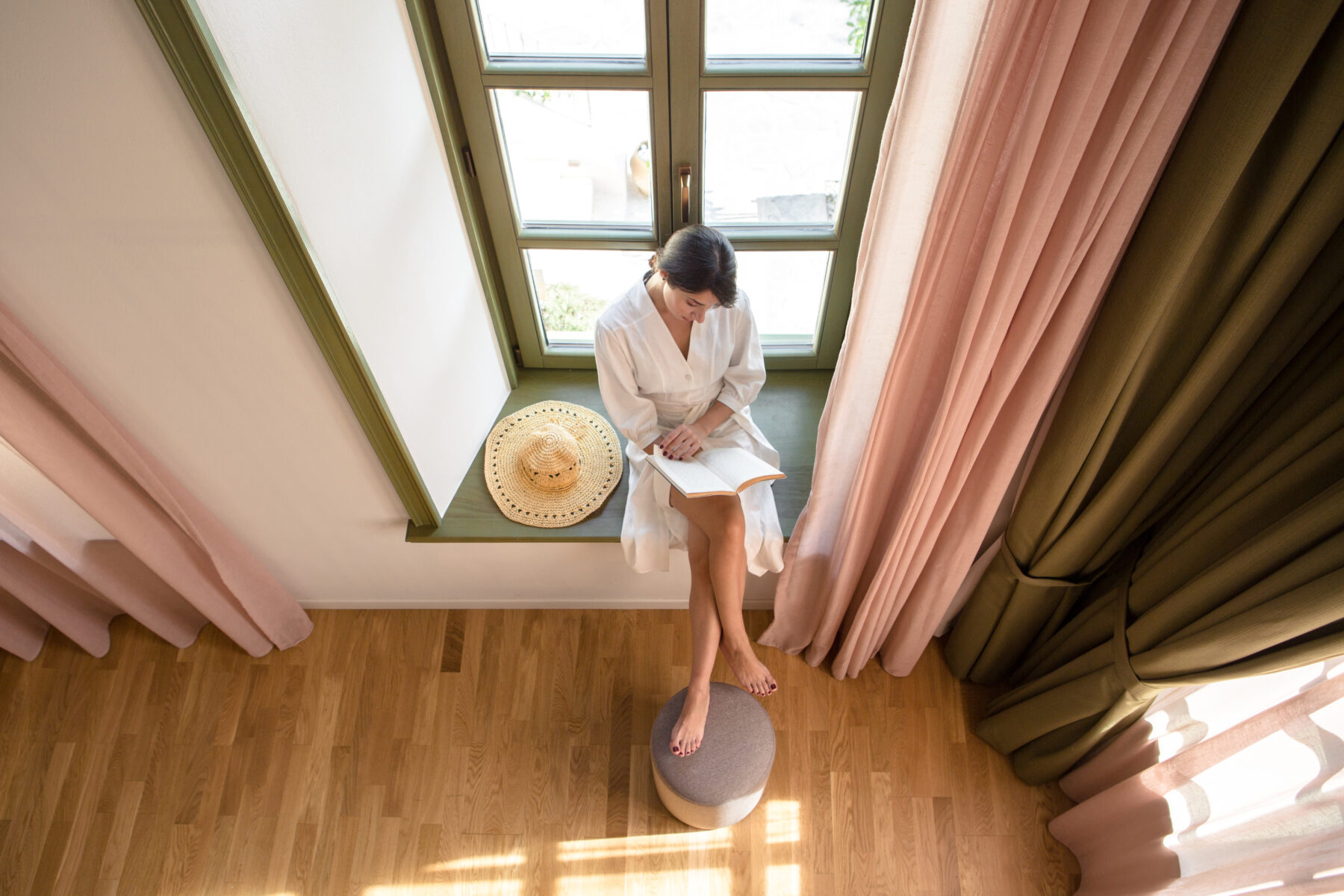 A careful renovation with attention to detail, restoring the deteriorated architectural elements, to transform the ancient Ottoman building, already Venetian, into a refined boutique hotel, joined to the previous one through the reopening of a door in the reception that had been buffered into a past not very far. Thus allowing access both from the square – Platia Mikrasiaton – and from the Via di Lastenous. 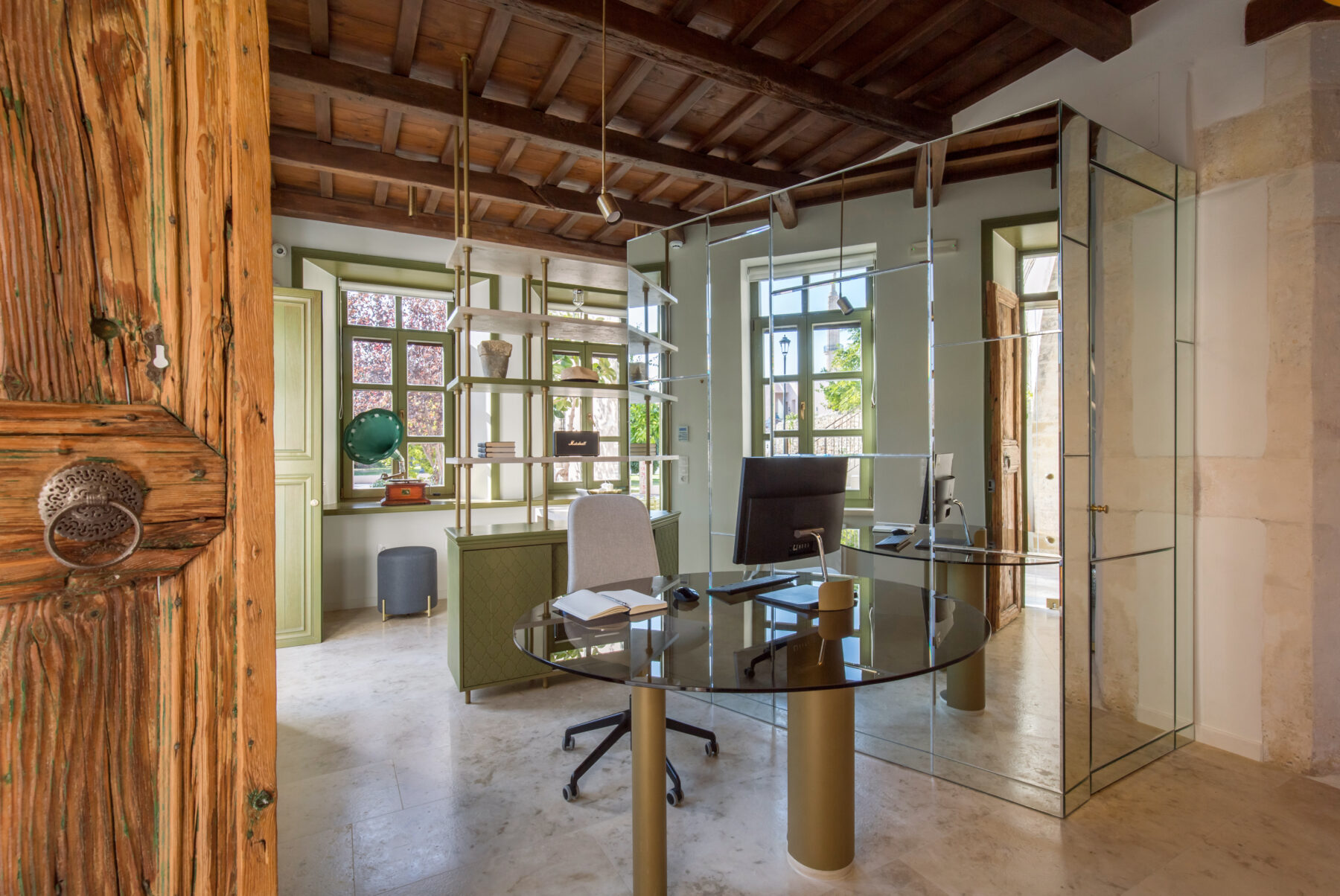 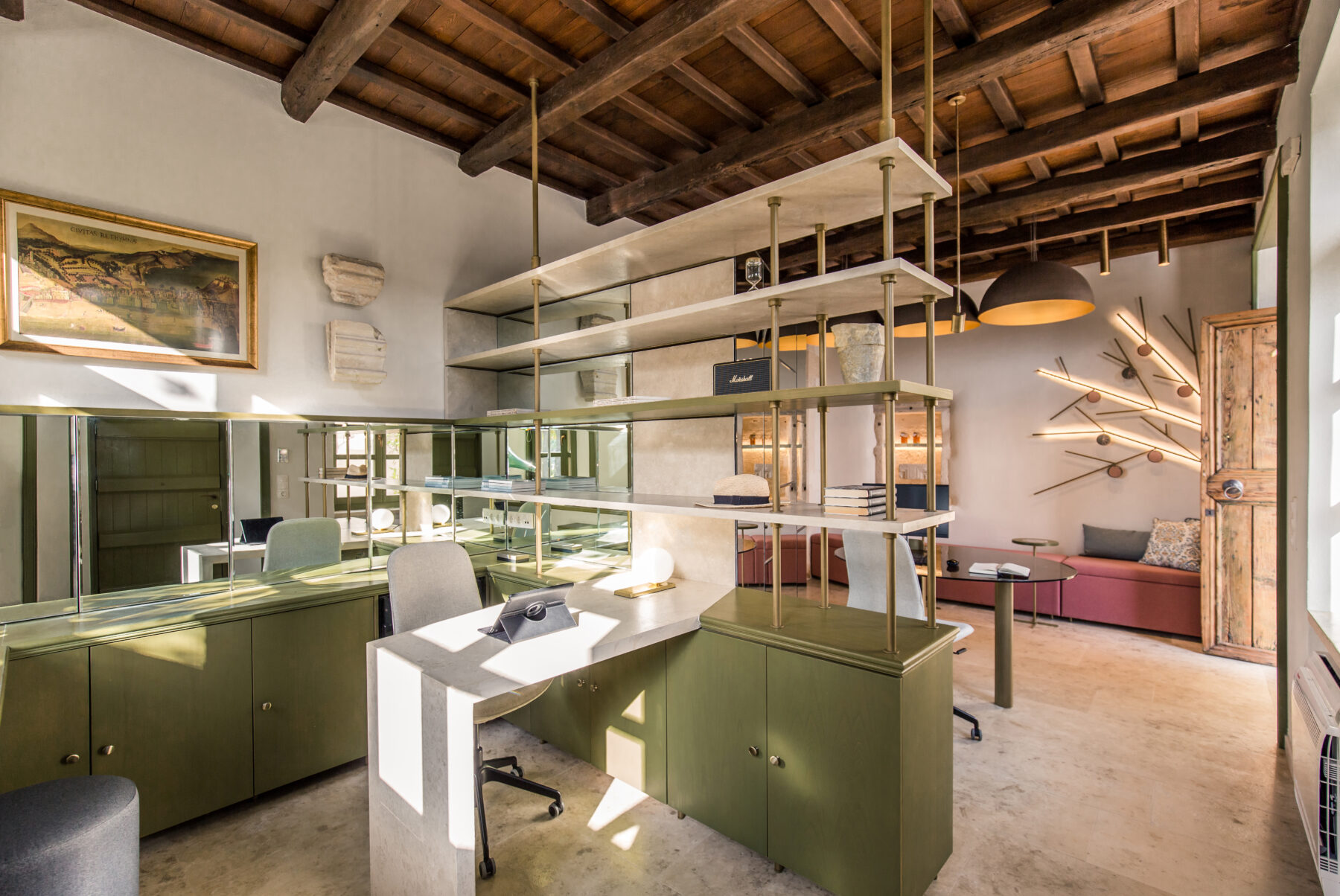 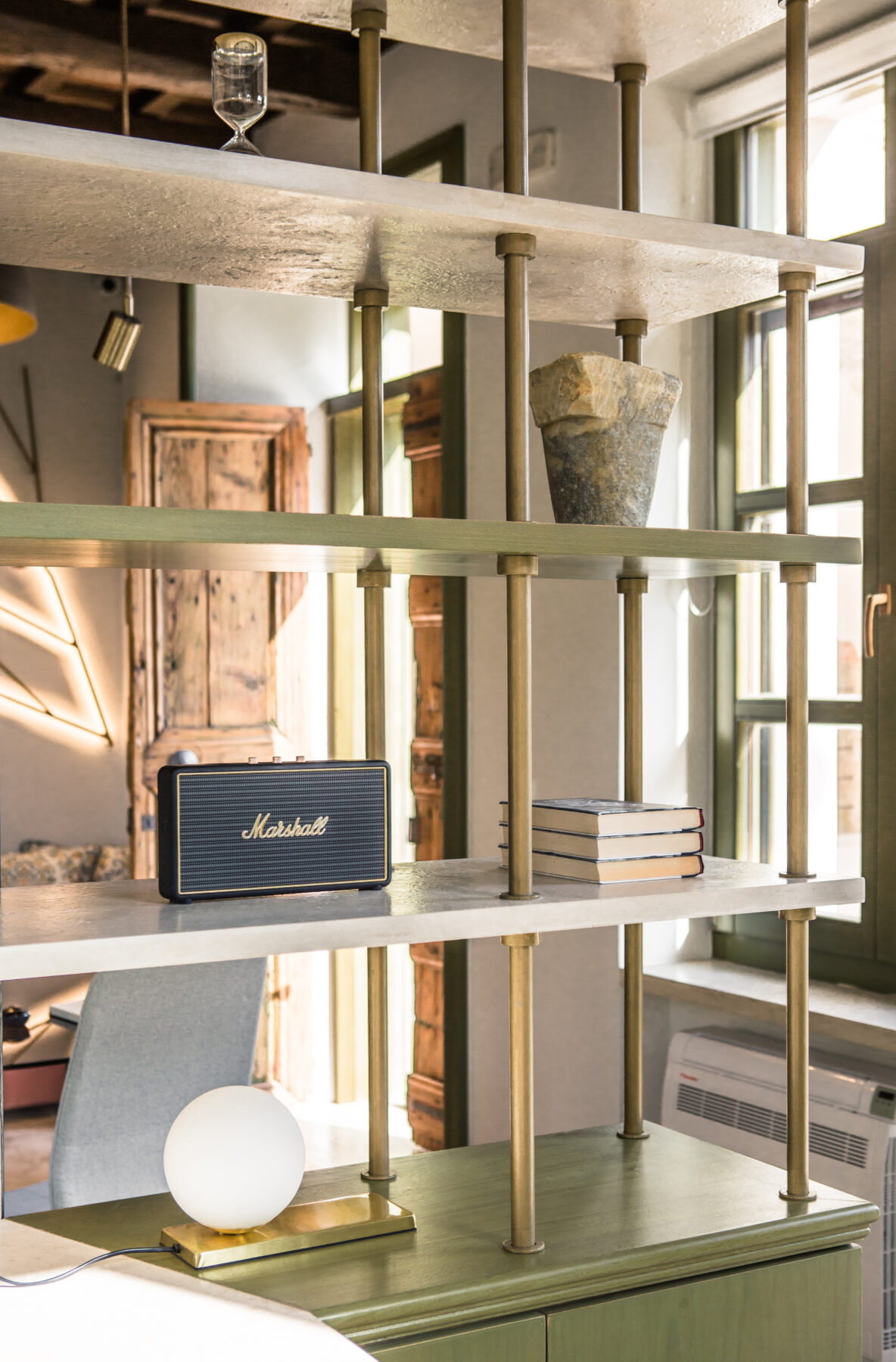 The logo that summarizes the symbolic elements of the project, the three domes of the nearby Muslim temple, also typical of the Hammam and the stylized leaf of a Neratzè, creating a union between architecture and nature, becomes the characterizing element of the interior design of this new intervention. 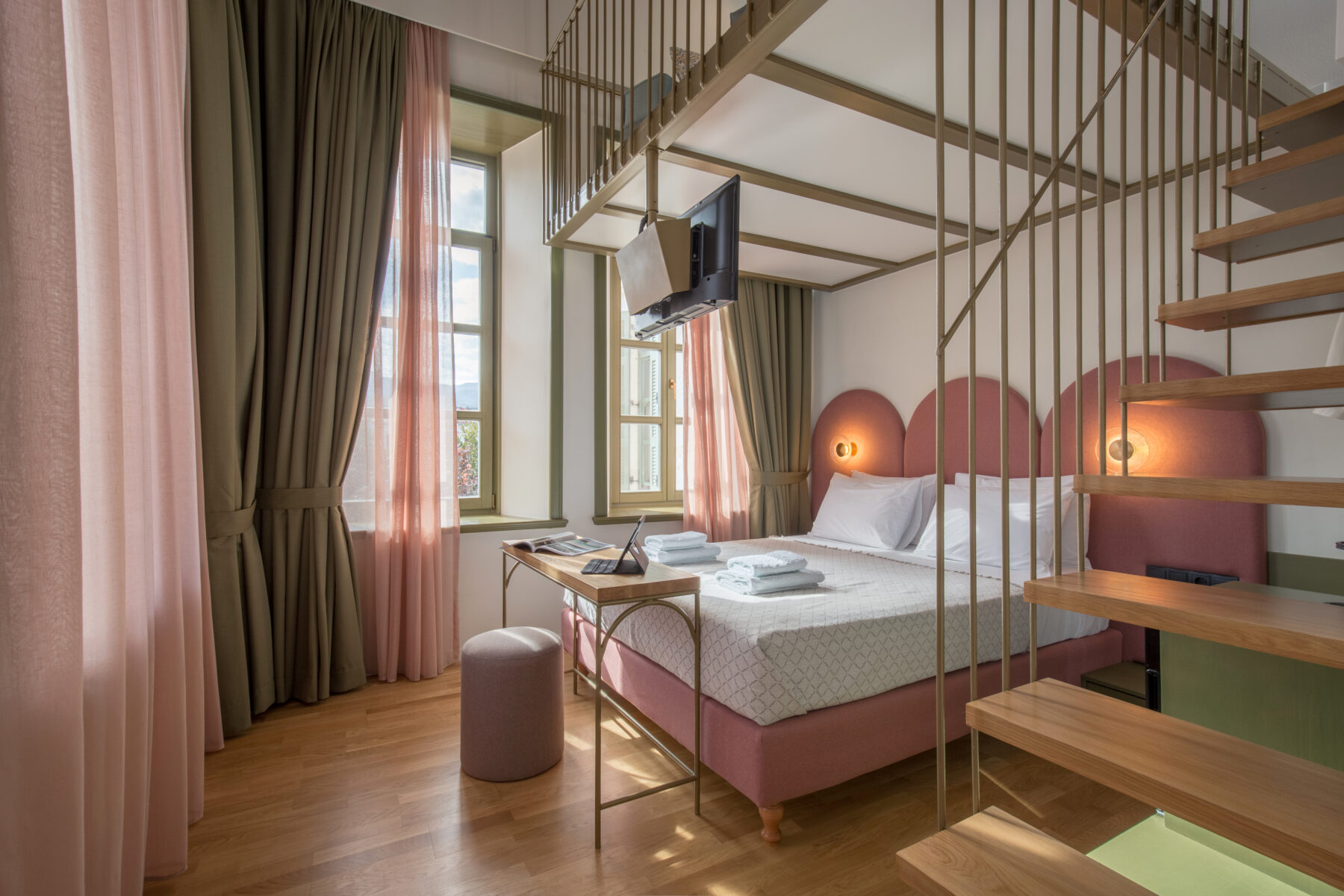 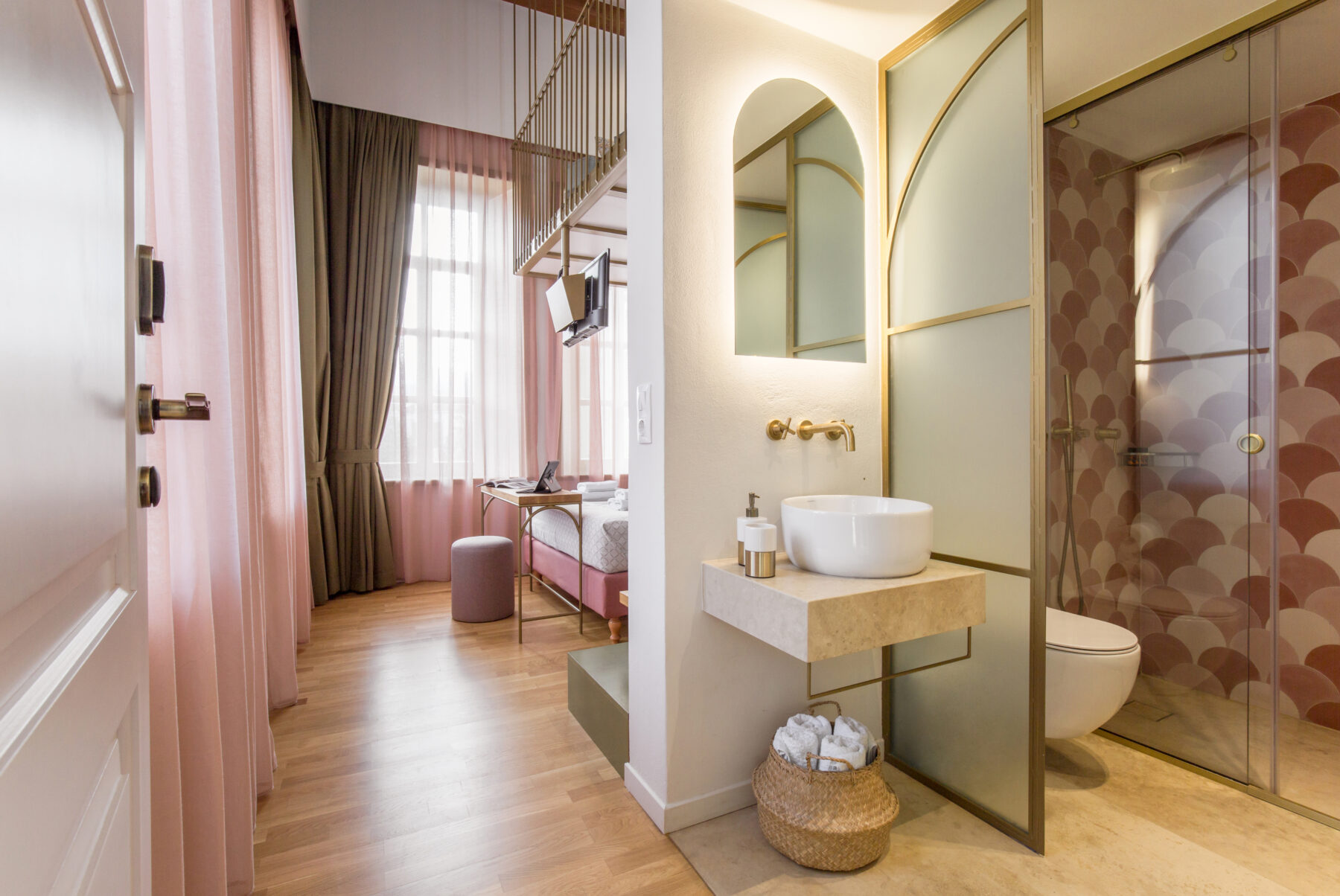 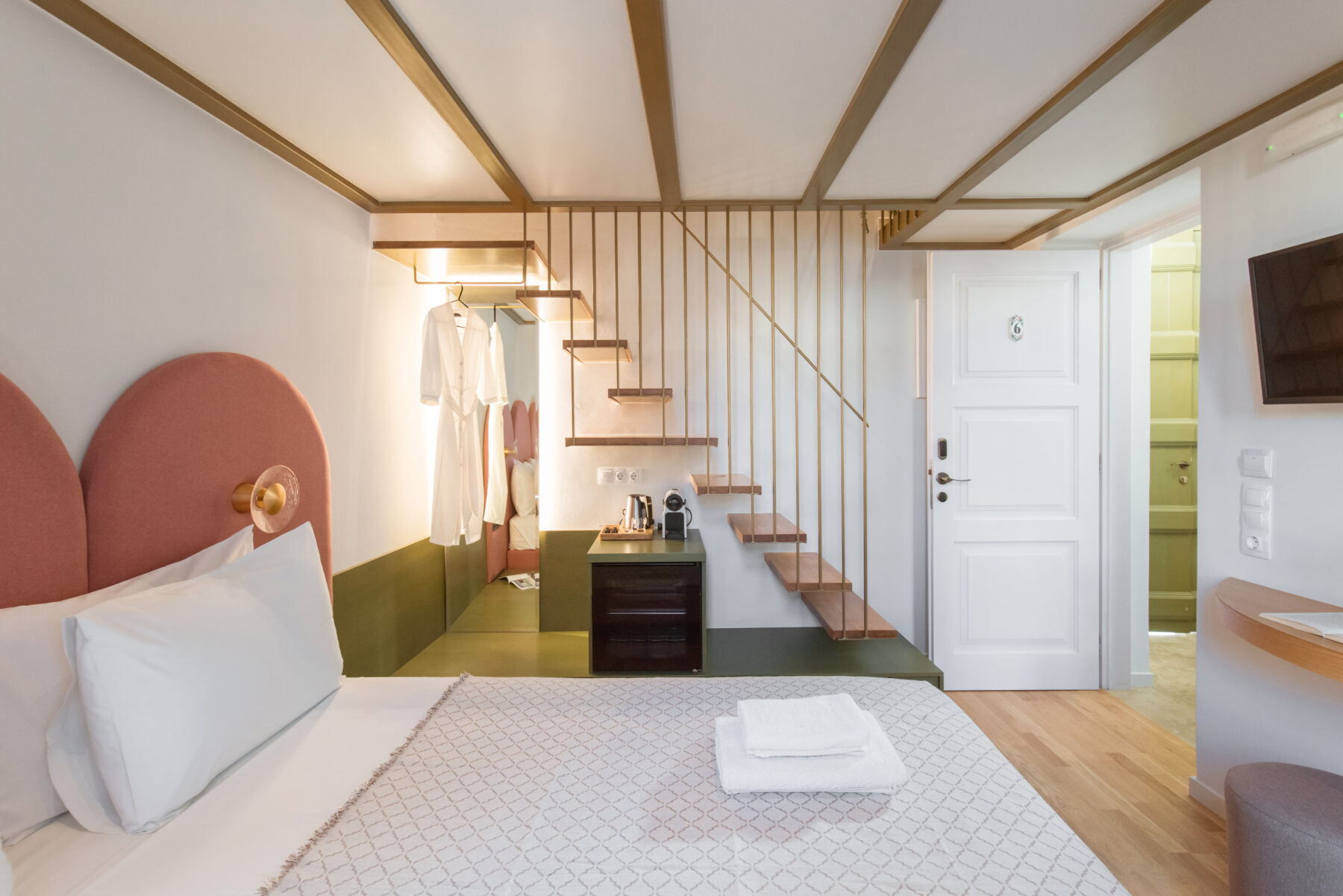 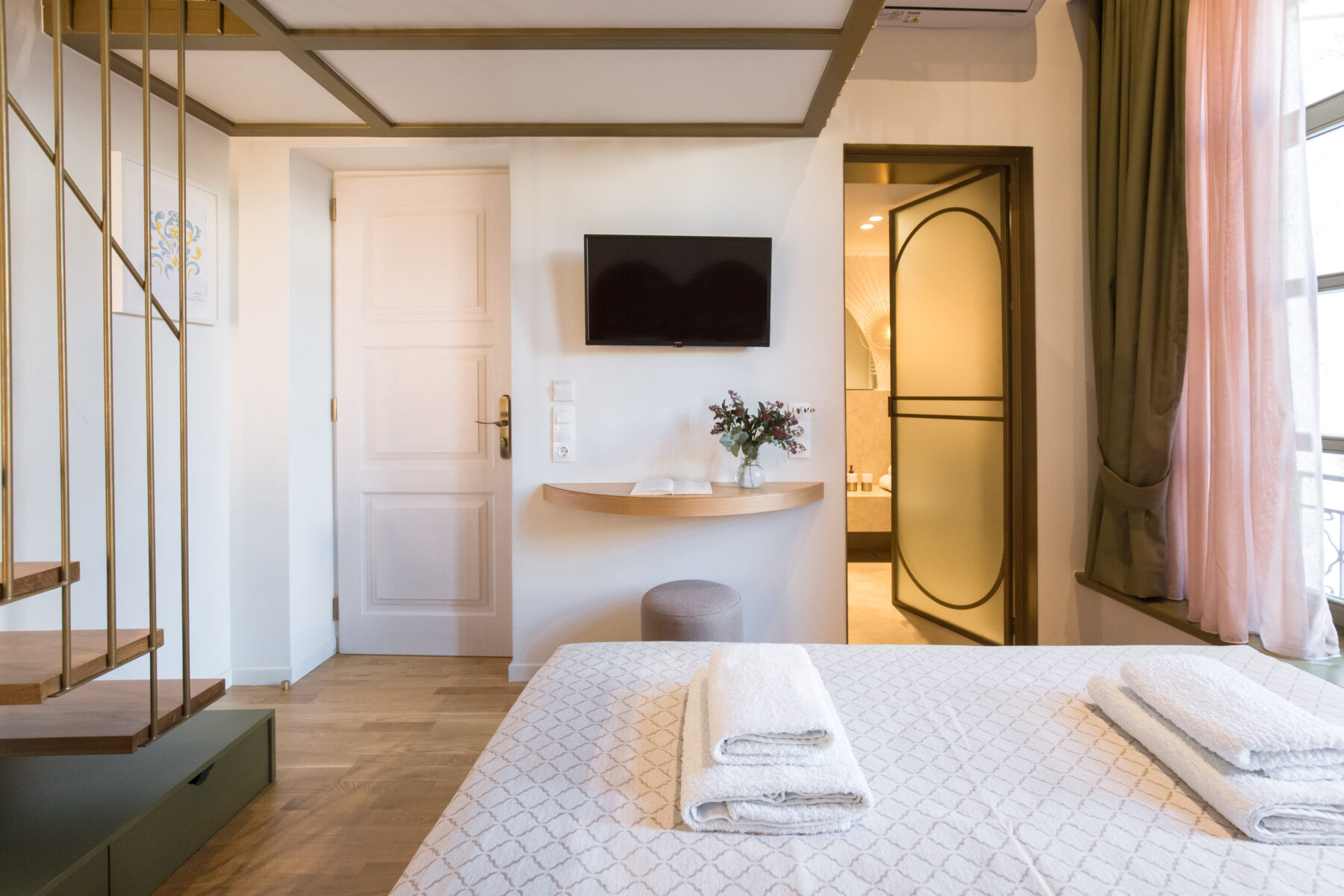 We find it in the three repeated maxi lamps in the reception, in the headboards of the beds and in the pattern of the tiles that cover the walls of the bathrooms. While not neglecting hints of decorative motifs and elements of oriental appeal that characterized the 4 suites already built. 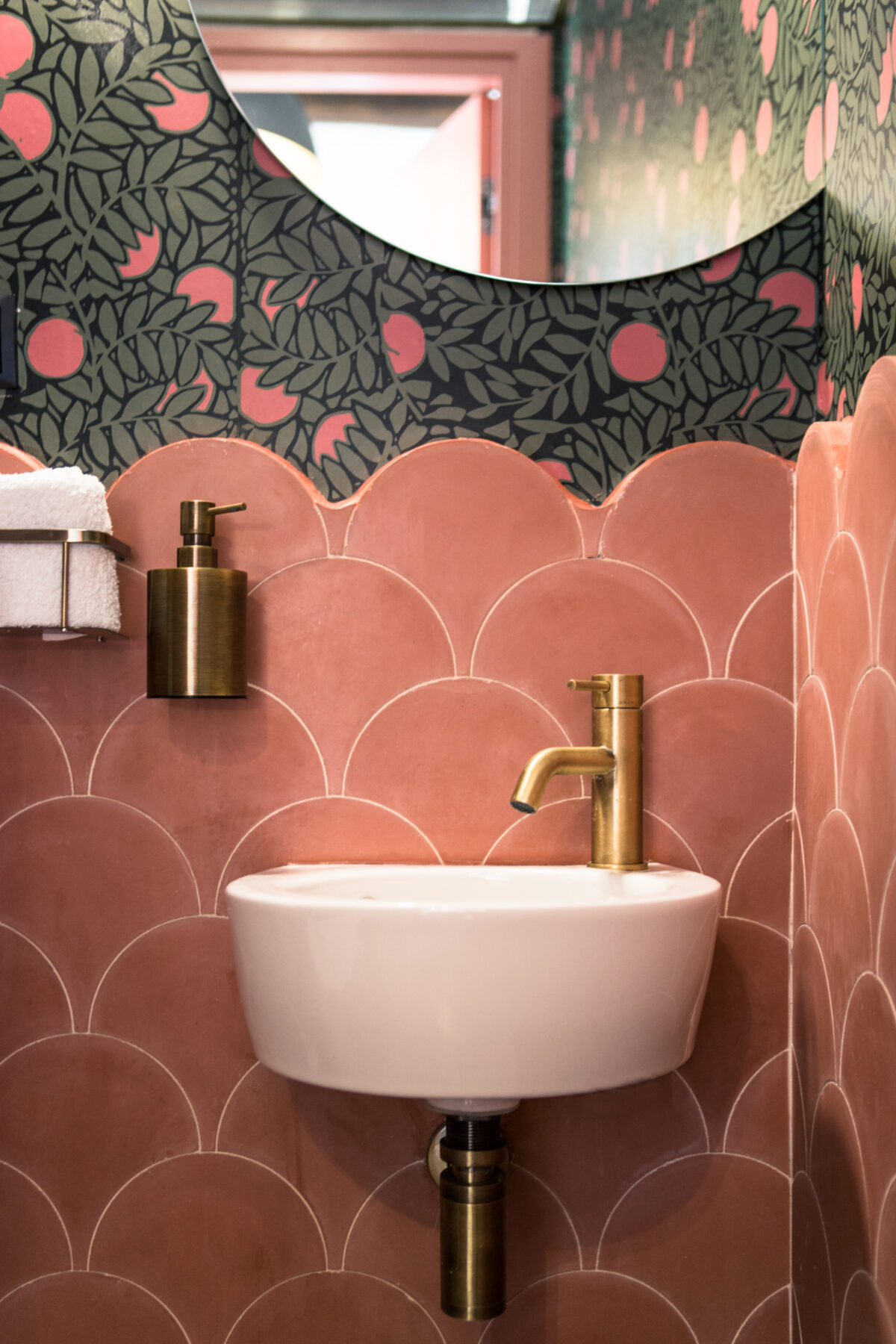 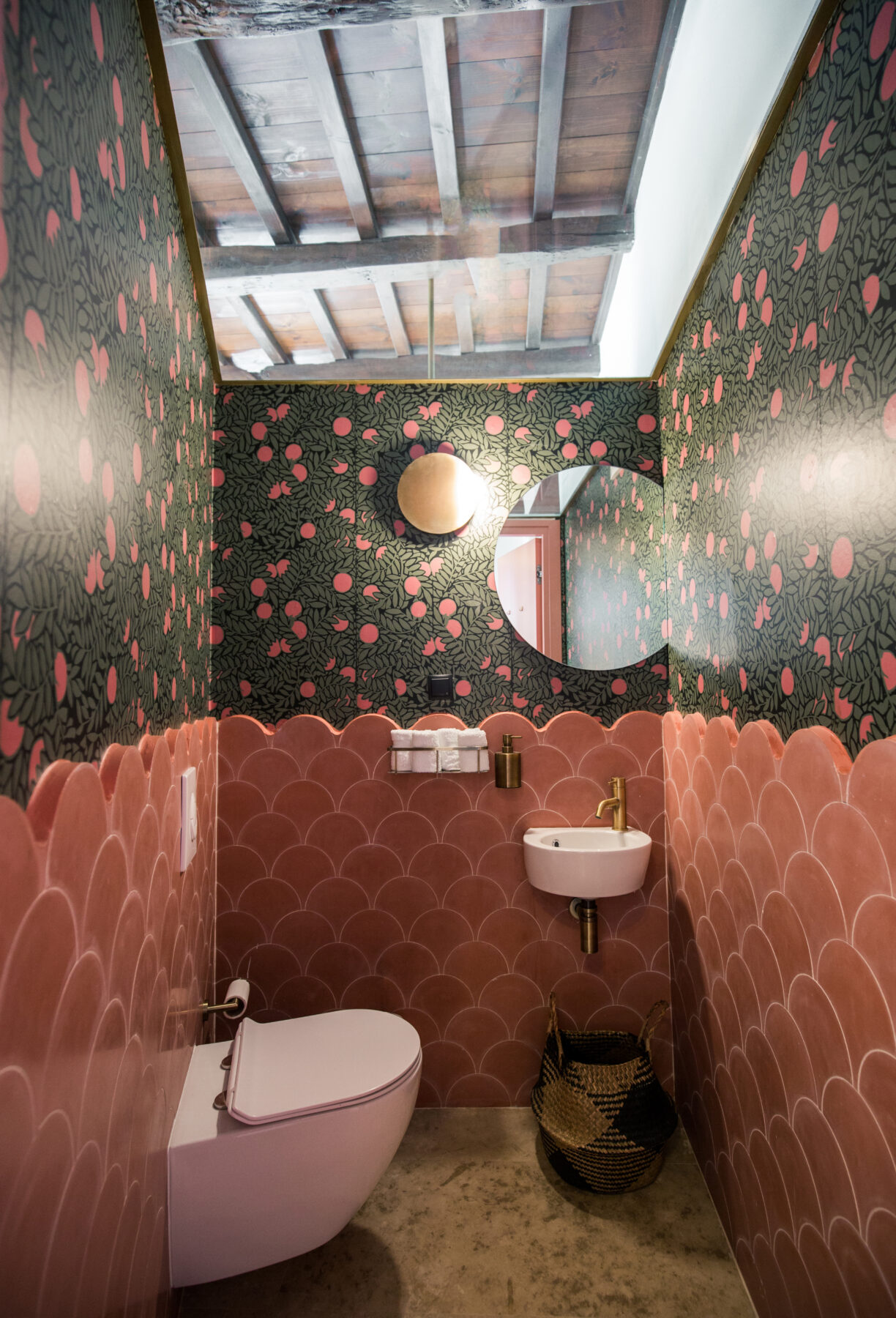 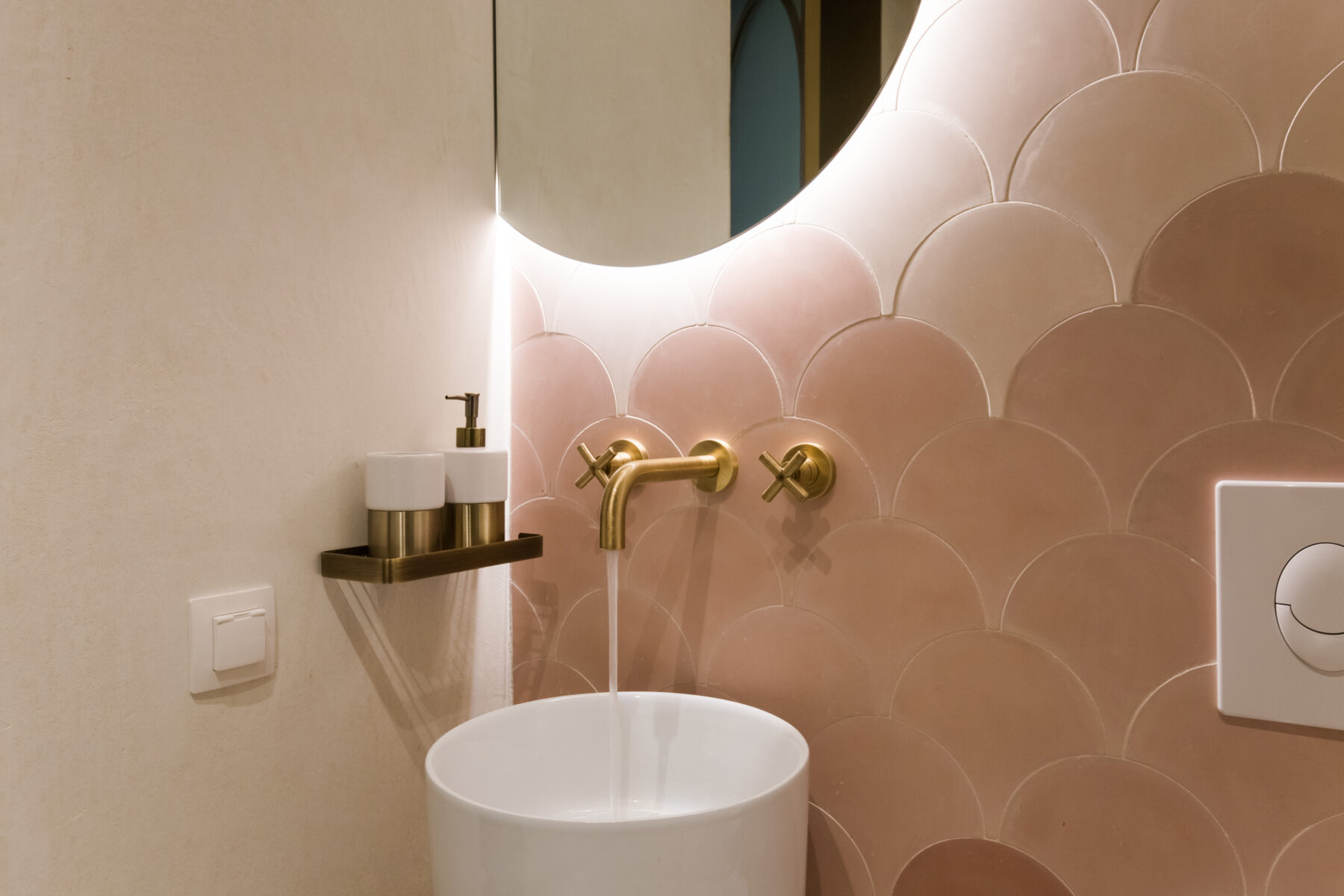 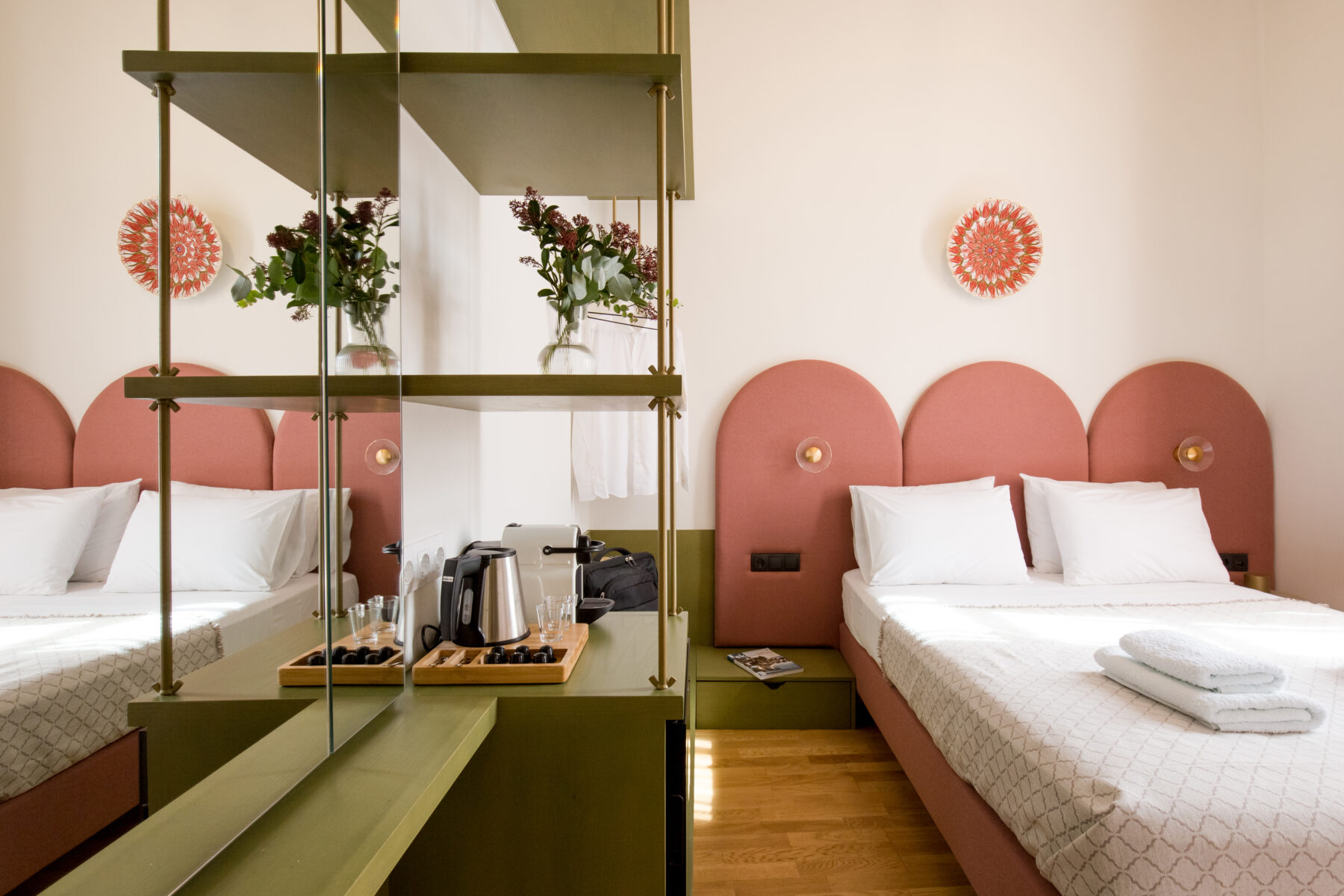 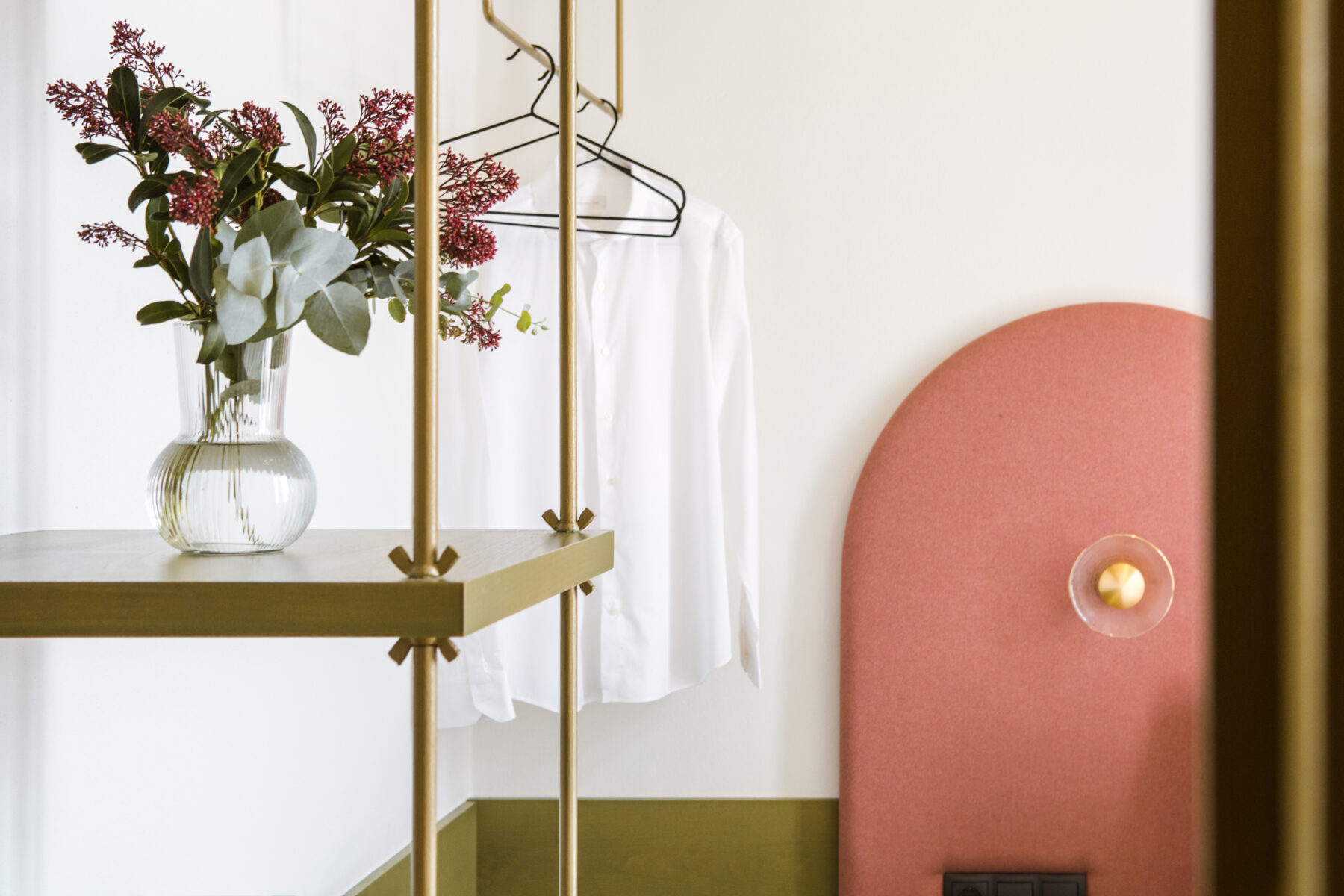 The reception looks like a welcoming lounge, at the intersection of the square and the street, at the confluence of the 2 entrances. The spaces are fluid, defined by broken lines, diaphragms and reflections: shelving is delimiting the reception area from the back office, but it is certainly the “mirror box” that hides the small toilet that further characterizes the space, immersing users in a garden of Neratzè! 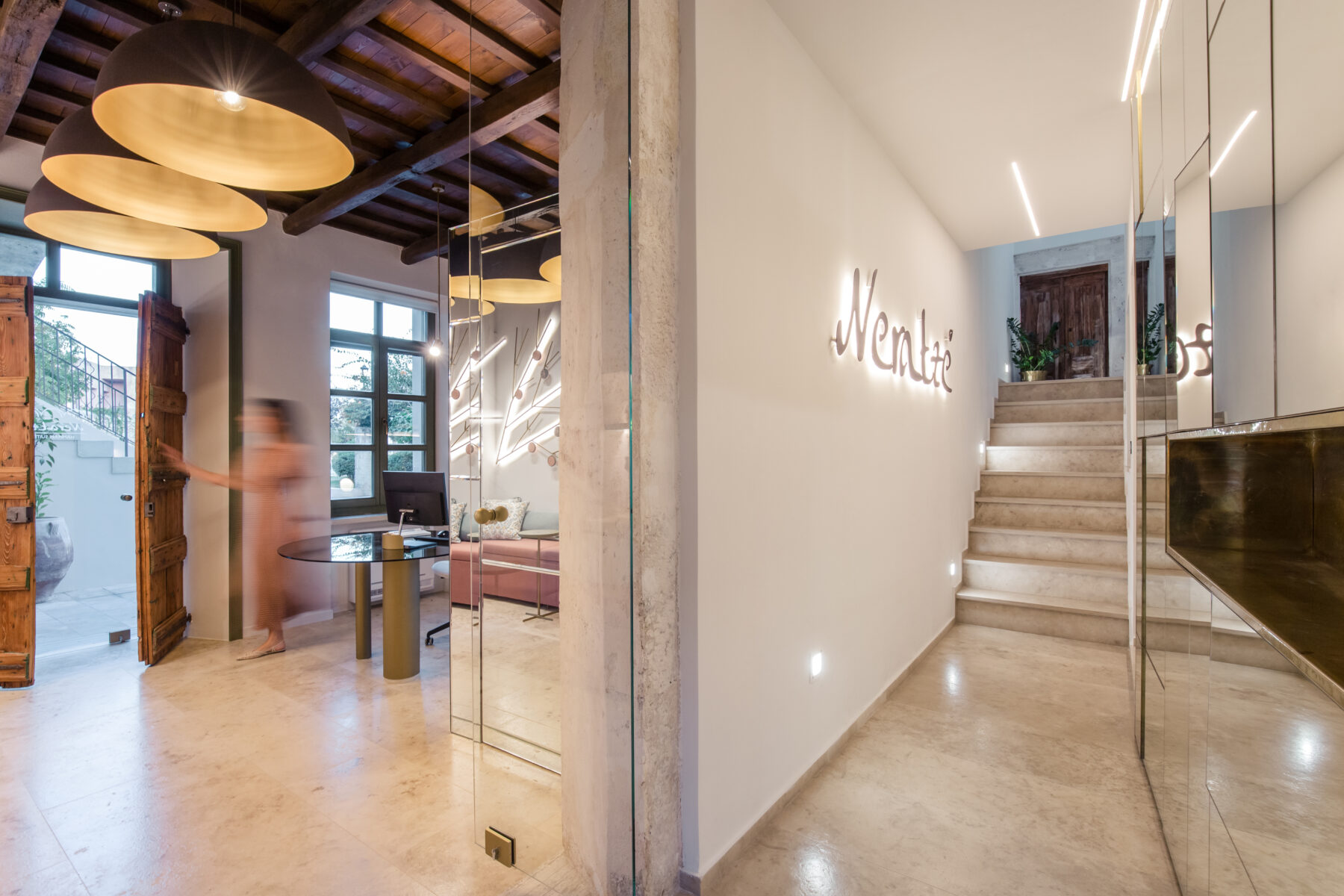 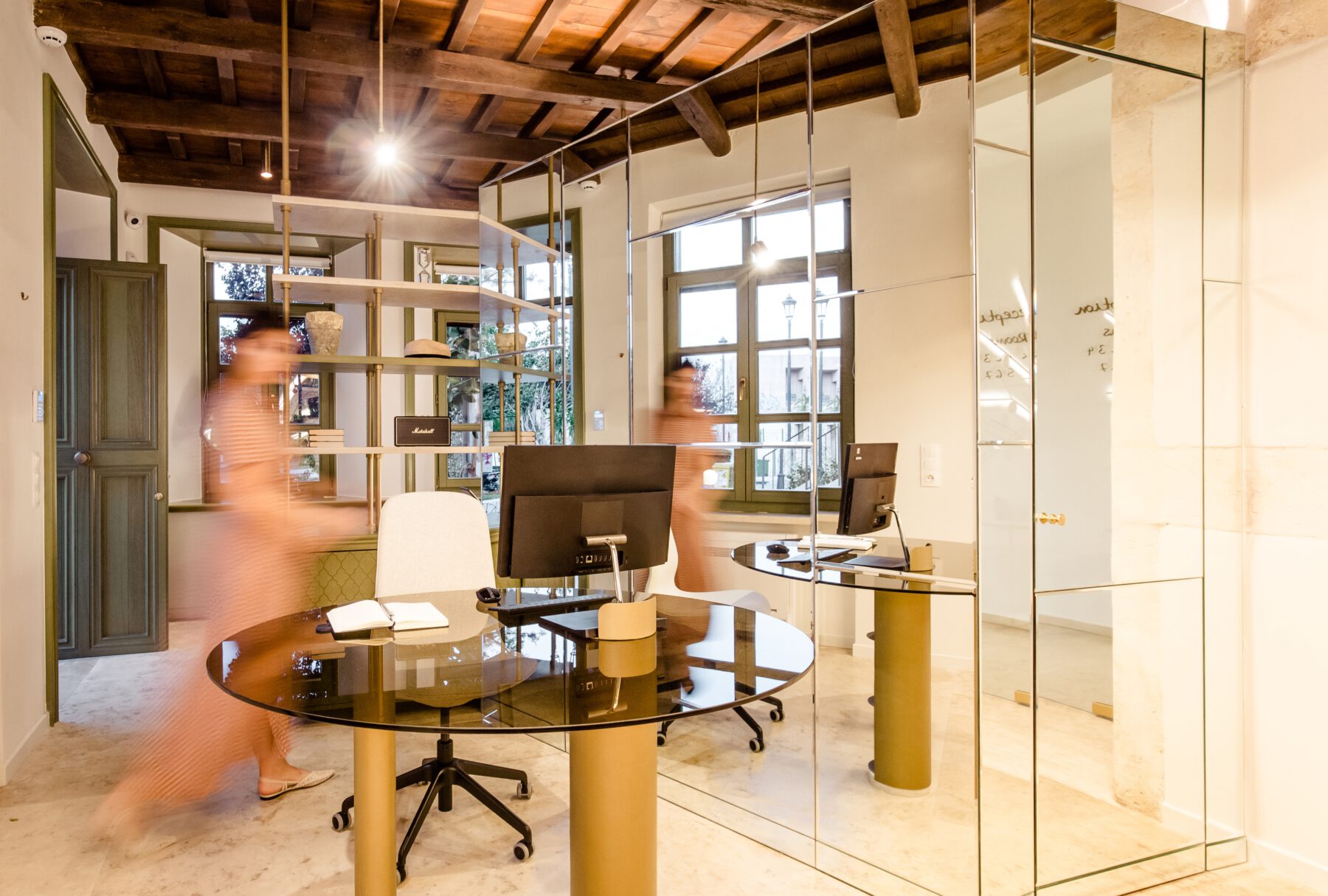 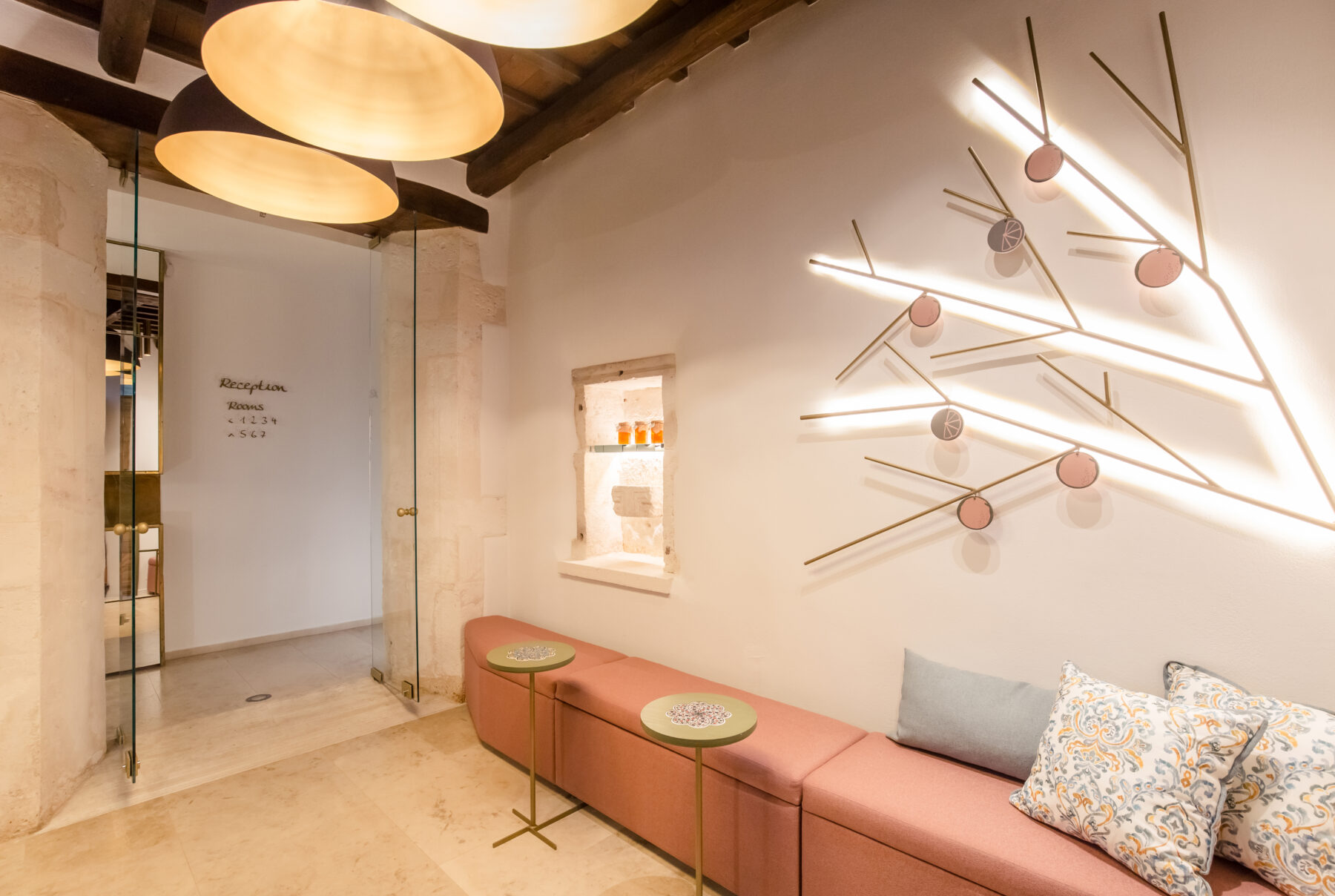 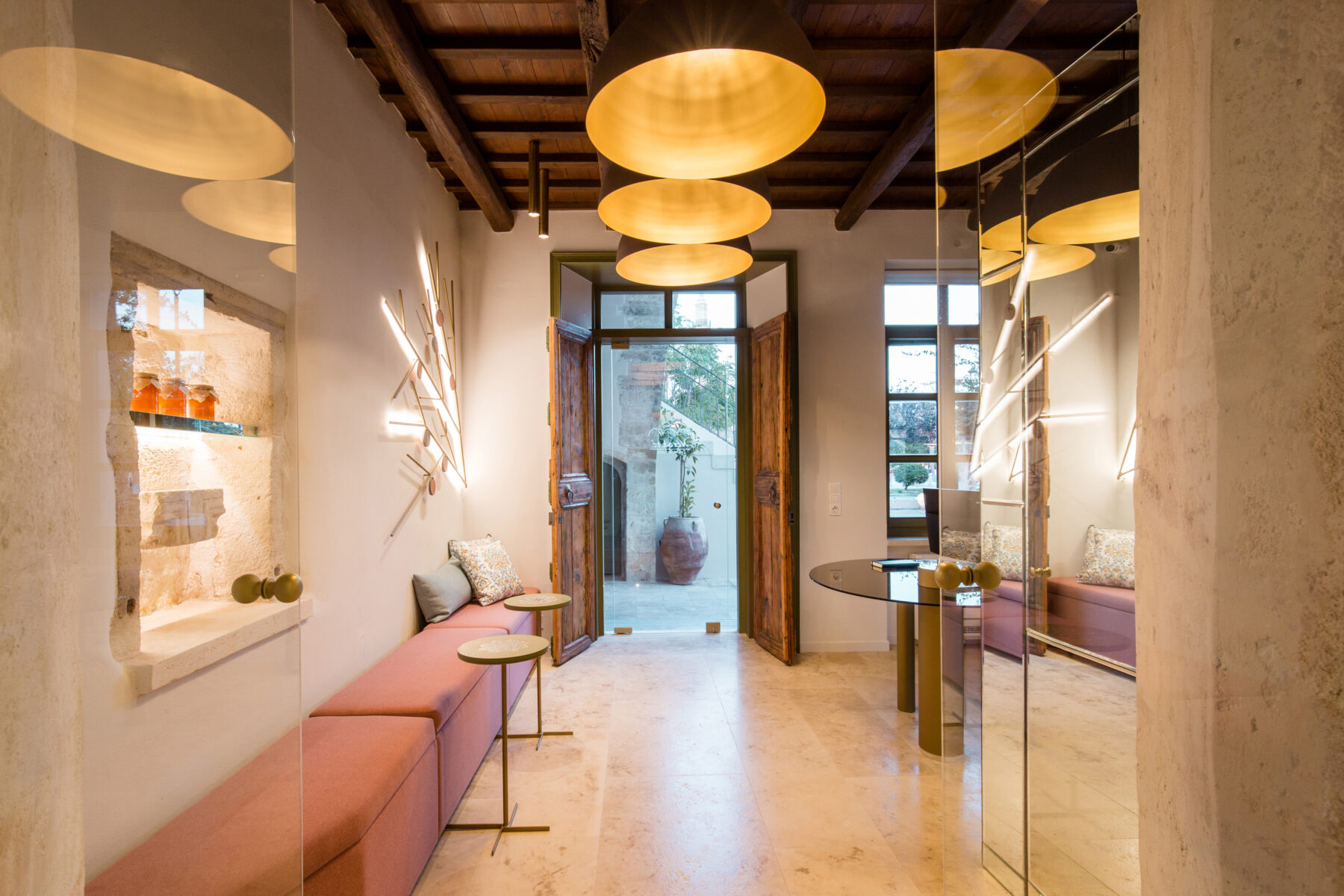 The three new rooms are located on the first floor, accessible via the new external staircase that follows the original, destroyed twenty years ago when the square was built in an area of Avlì – courtyards because they were in precarious conditions. 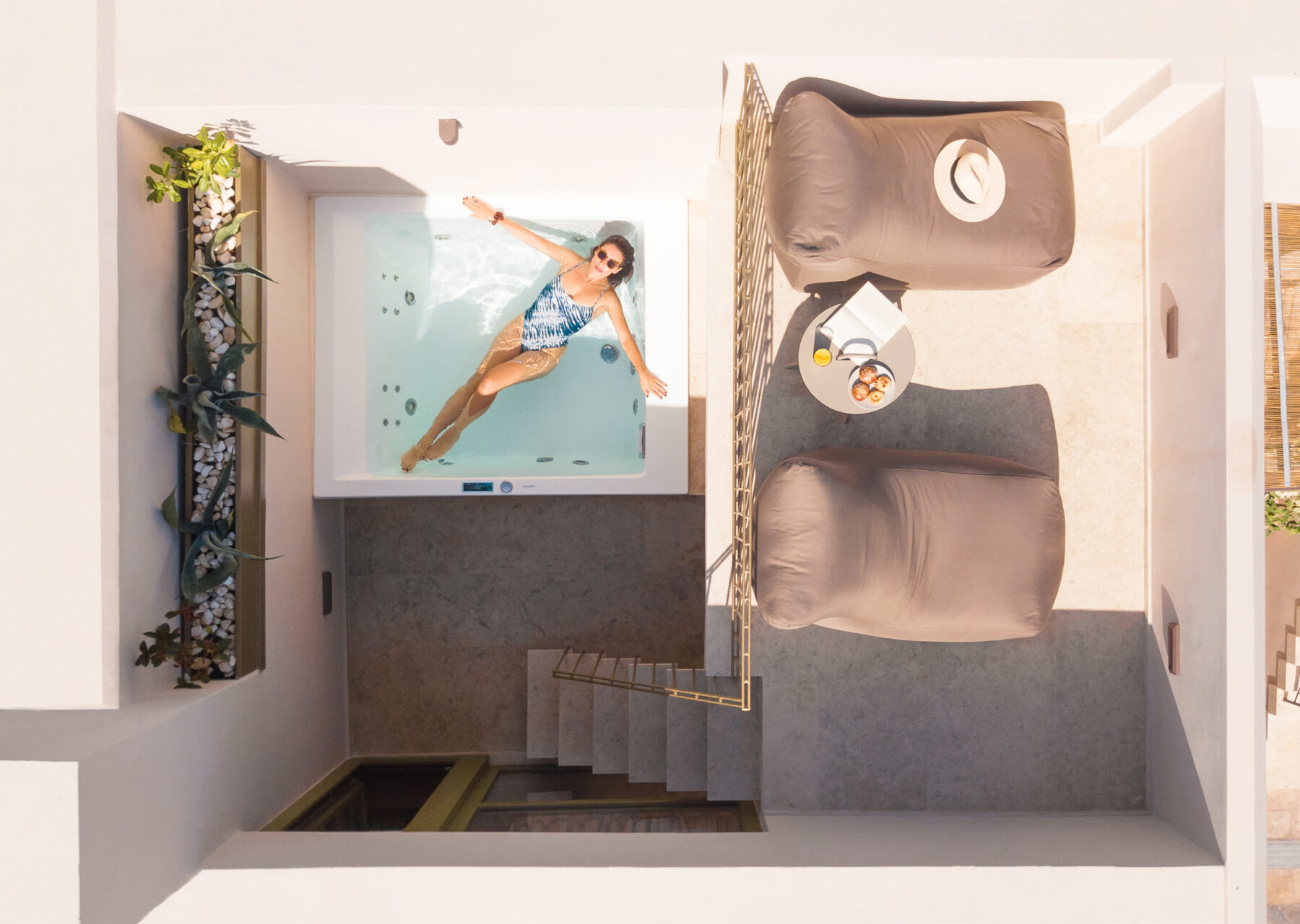 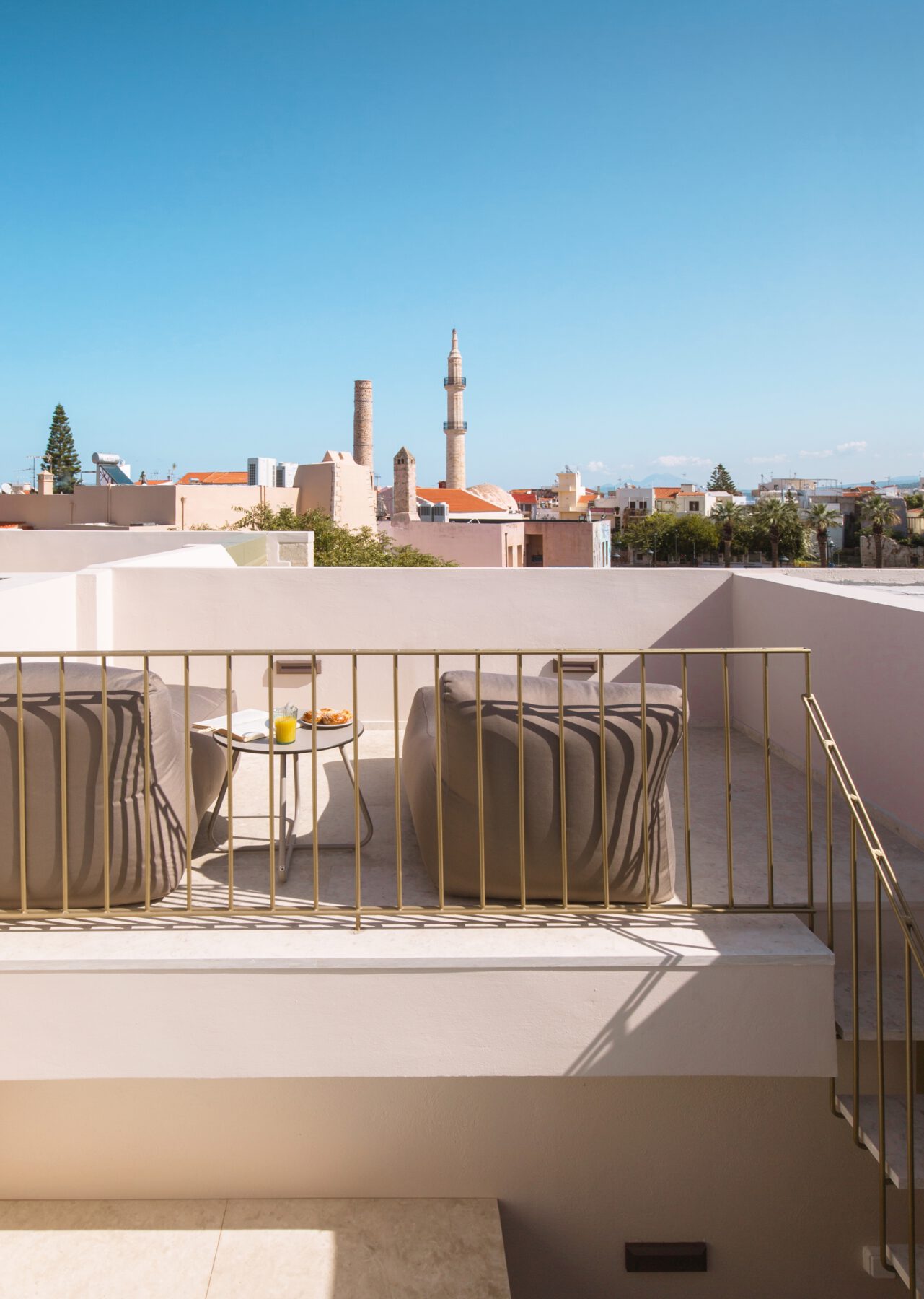 Two with an internal mezzanine, one of which also has an external terrace with a Jacuzzi. The colours, lines and decorations take up the founding elements of the project. 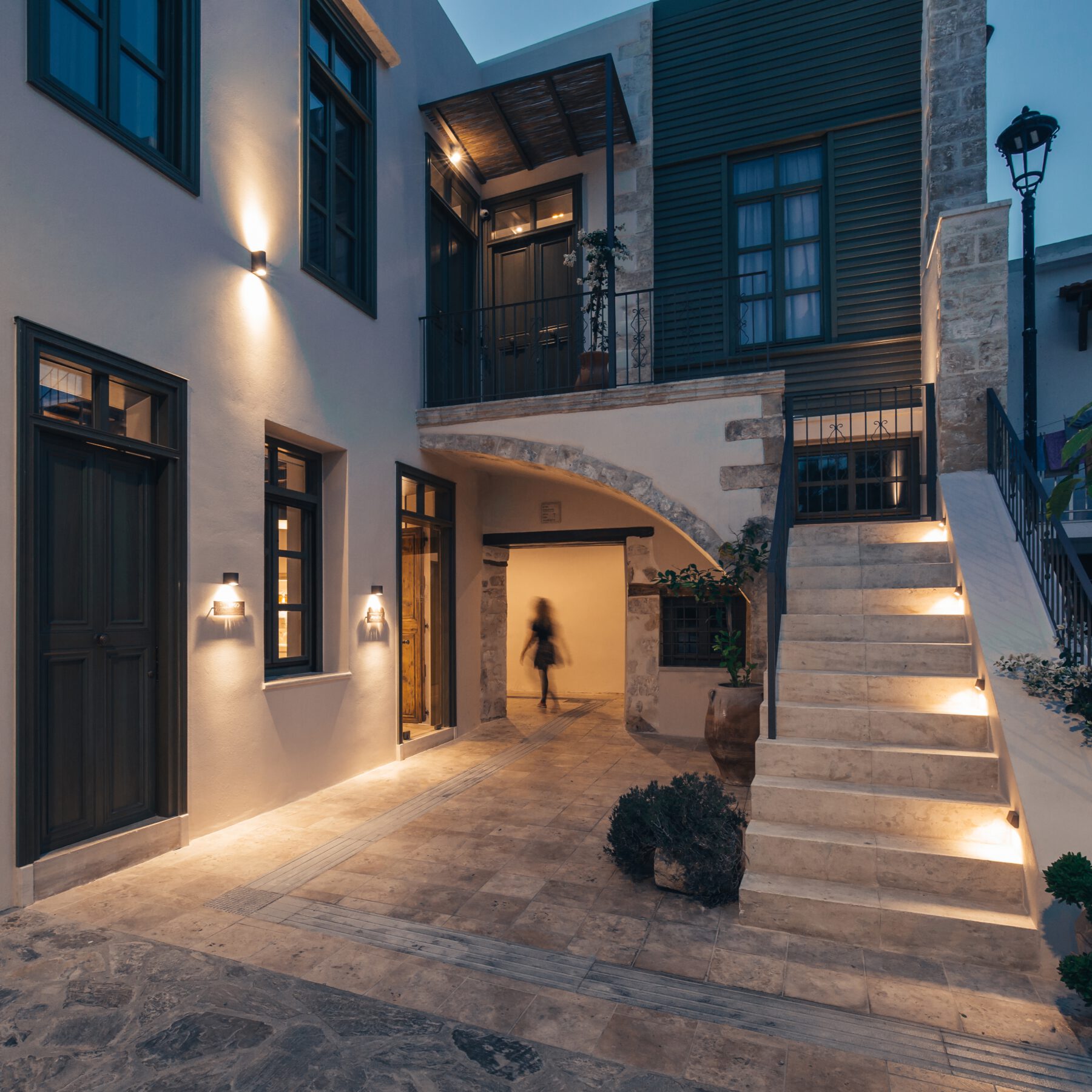 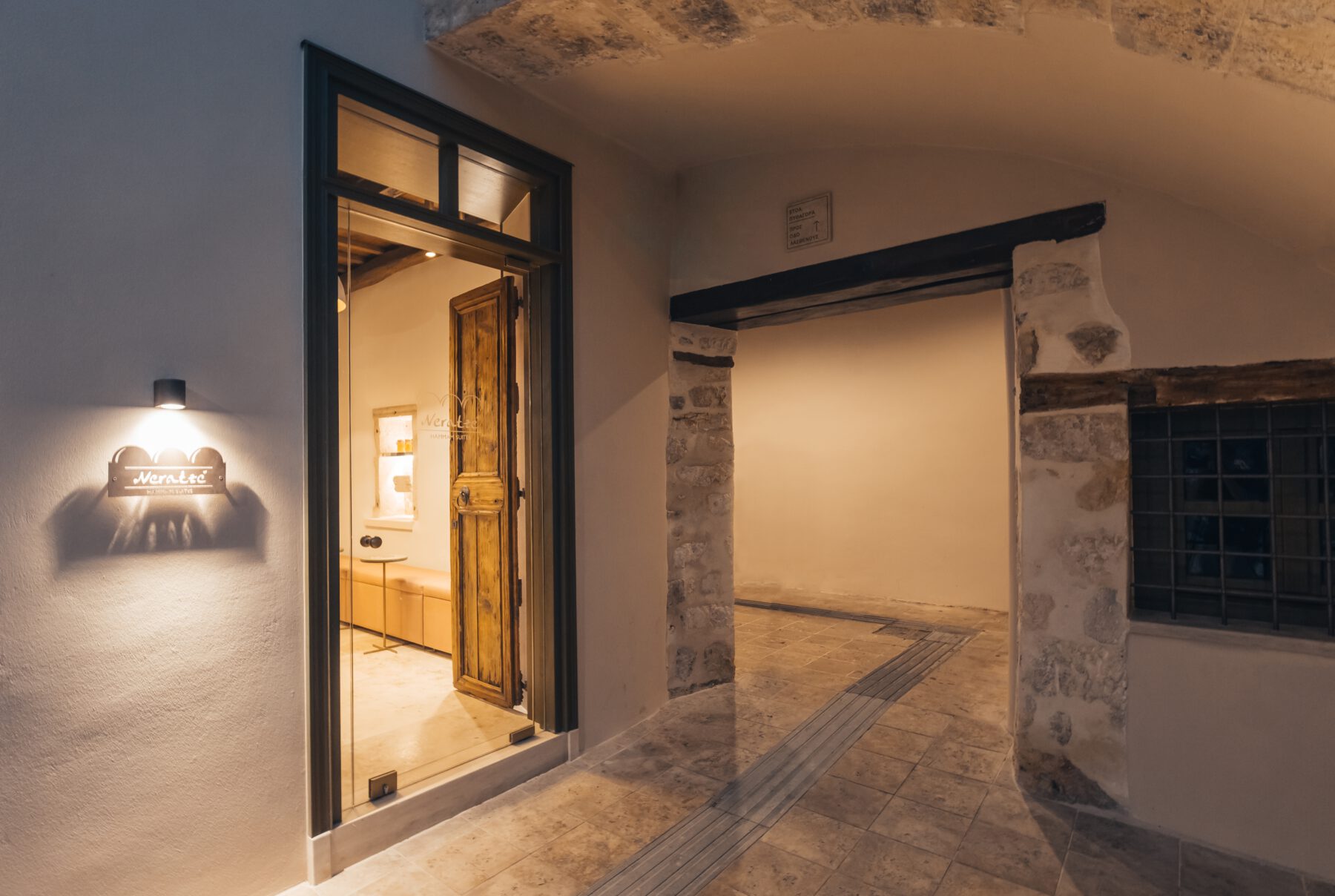 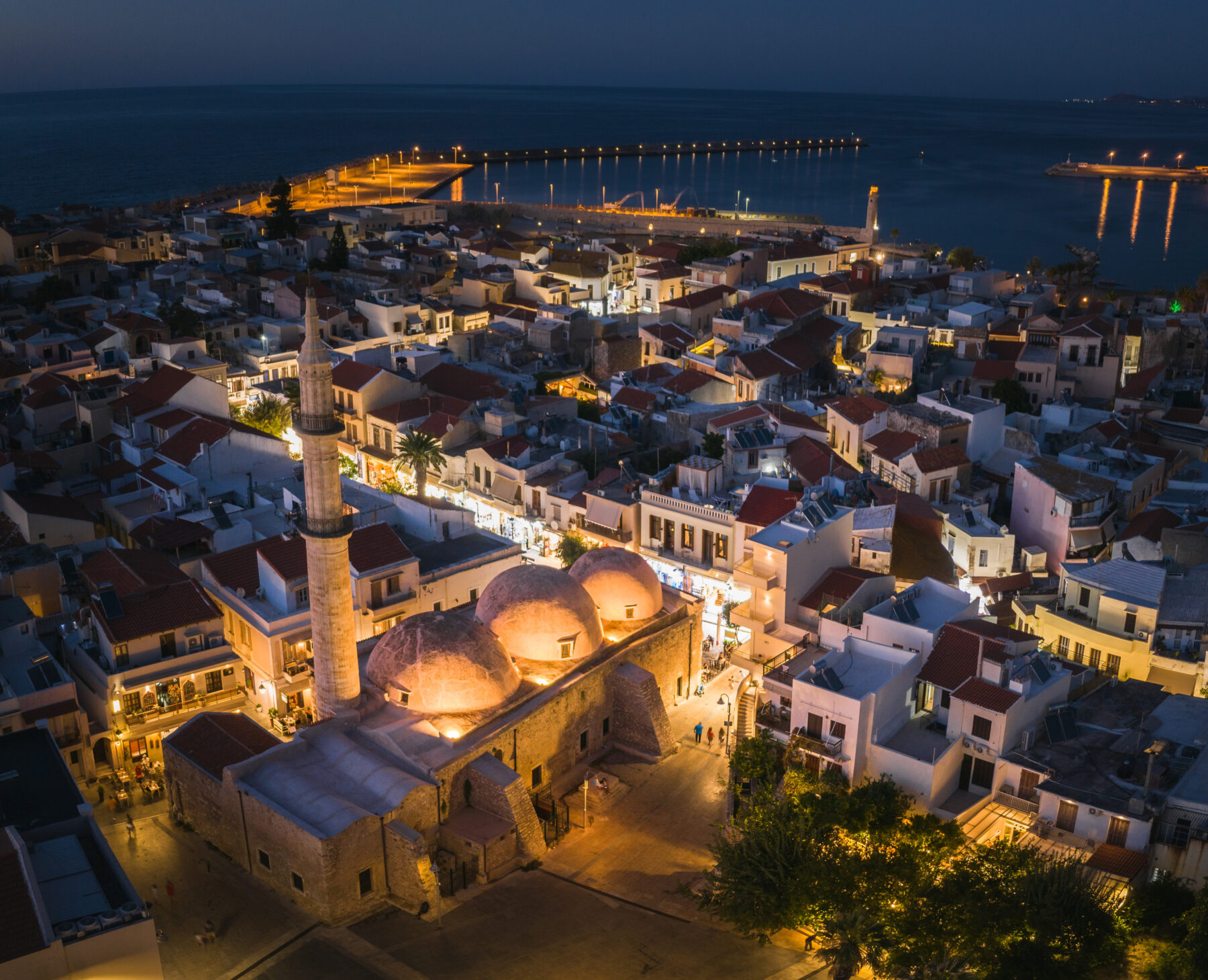 by ELPIDA ROIDOUArchisearchhttps://www.archisearch.gr/wp-content/uploads/01_R0A5700-370x700.jpg
SHARE THIS PAGE
WITH YOUR FRIENDS