Located at the city’s principal commercial district, “Nikis Square” is the most significant public & historical space of the city of Kozani. During the Ottoman Rule, the area provided refuge. In a similar manner the new square is meant to be a place free from today’s city “threats” – pollution, traffic and lack of space aiming at the economy of the installation, protecting the environment, avoiding the impact of glare and light pollution. 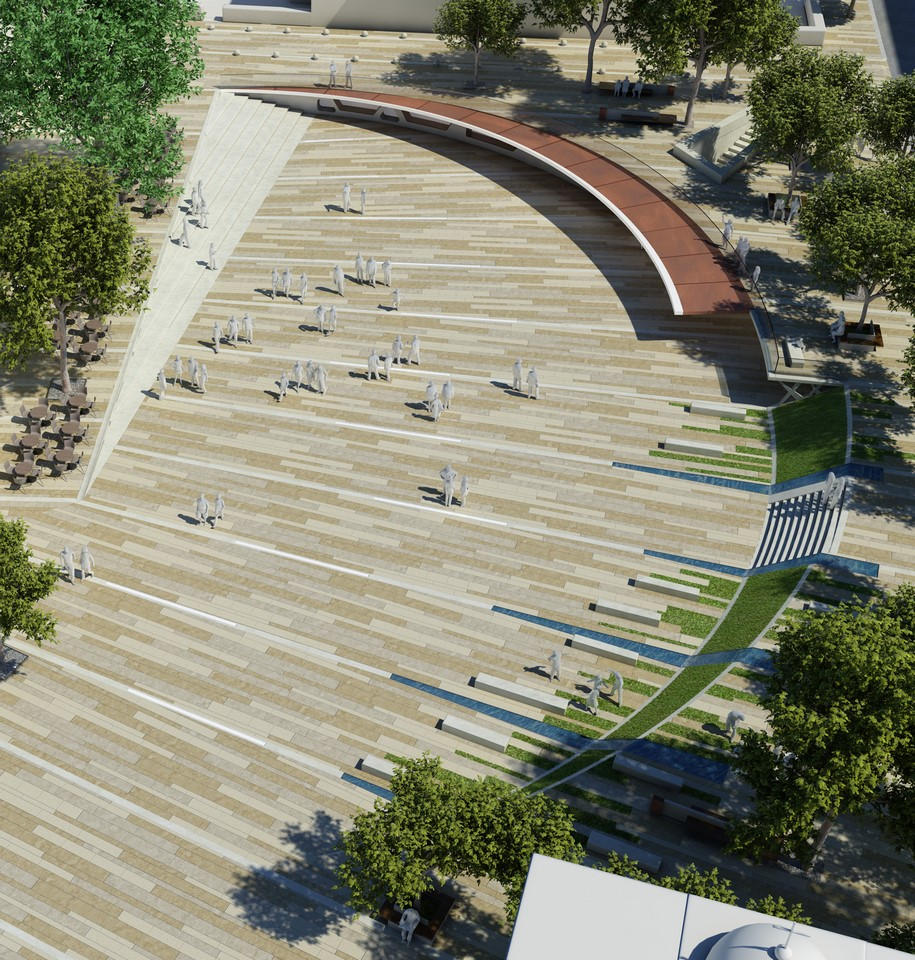 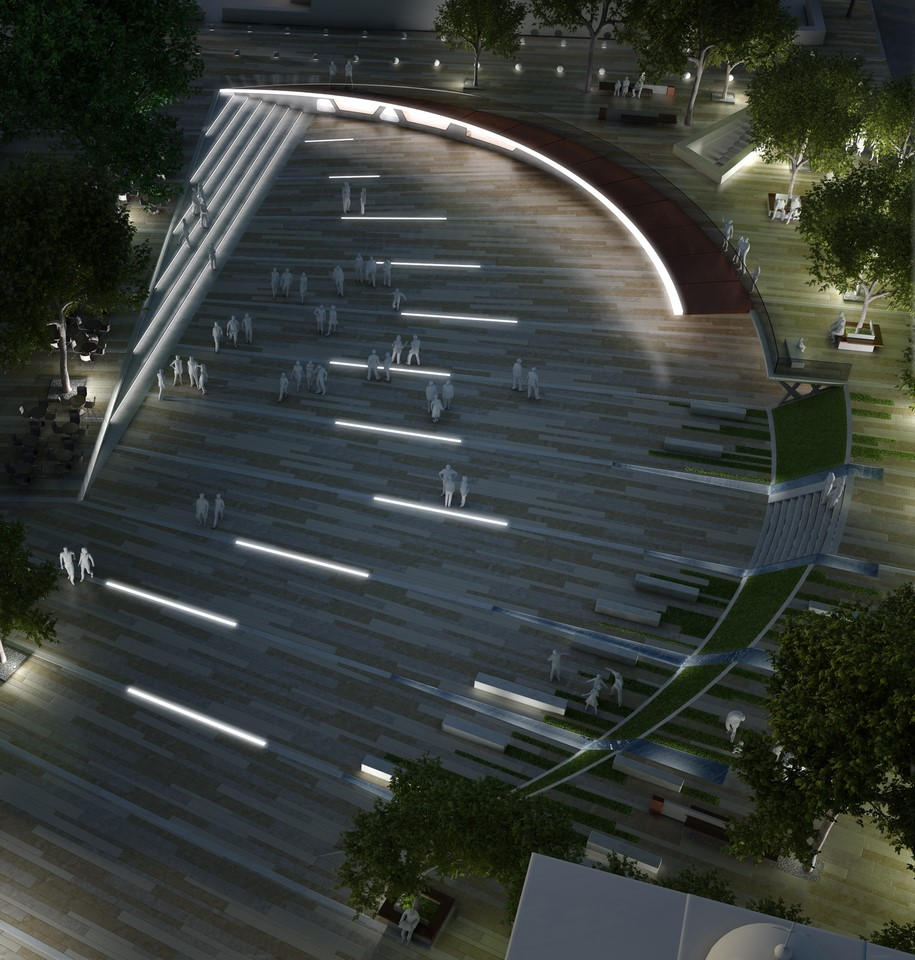 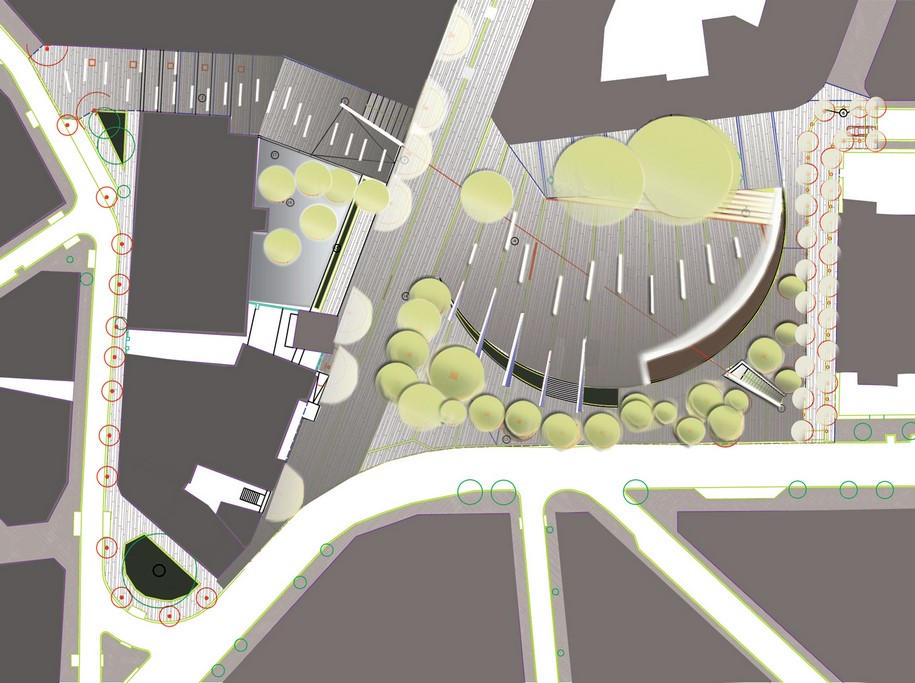 The architectural proposal suggests a central large space “an urban field” gradually sloping downwards towards the existing pedestrian zone on the south side, infiltrating into the town’s activity. The square is organized around an arc that accentuates accommodating all commercial uses offering protection from the street and heavy traffic. A sloping edge with long benches, trees and water features, marks the transition between places for movement and pause. 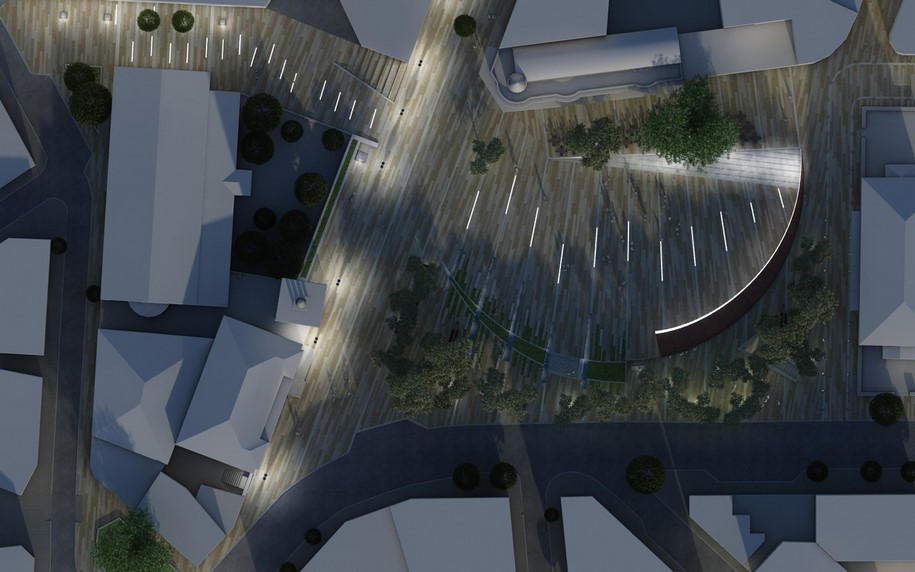 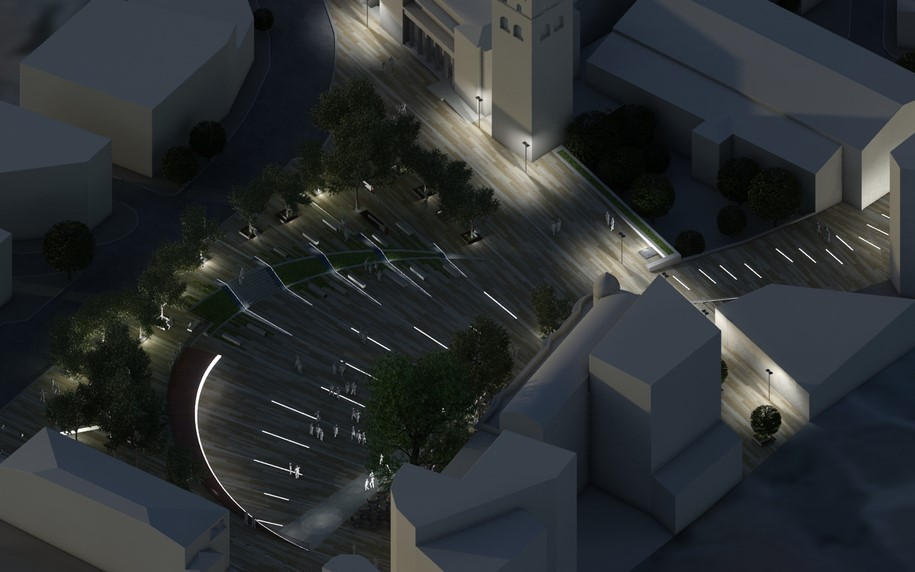 Lighting for the new square, starting from the pedestrian vistas on the south, aims at enabling the appreciation of the new diverse qualities of the spaces created, as well as intensifying the emotional impact of the project, emphasizing the dynamic movement and serene transition between spaces. The feeling of a self luminous space is achieved through a designed pattern of embedded linear led strips and brightness variations within the different activities. 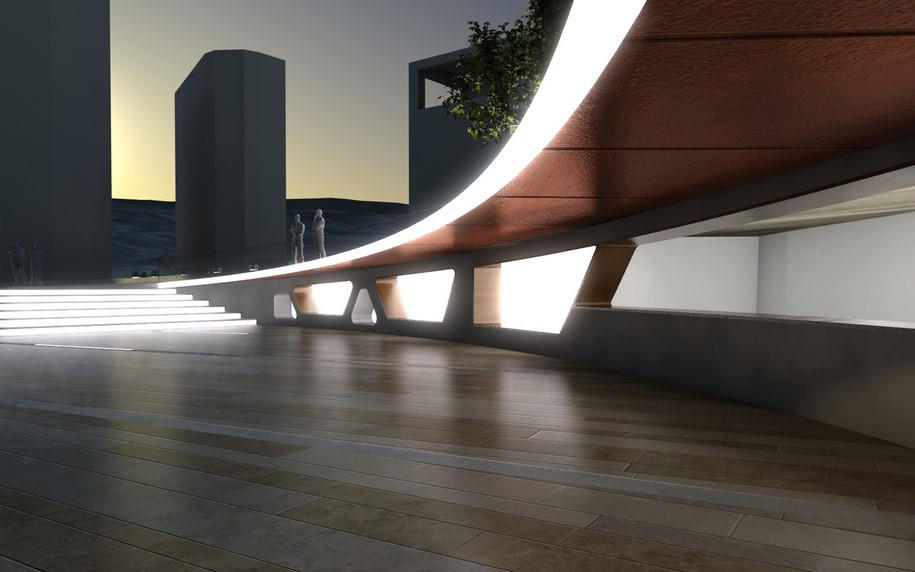 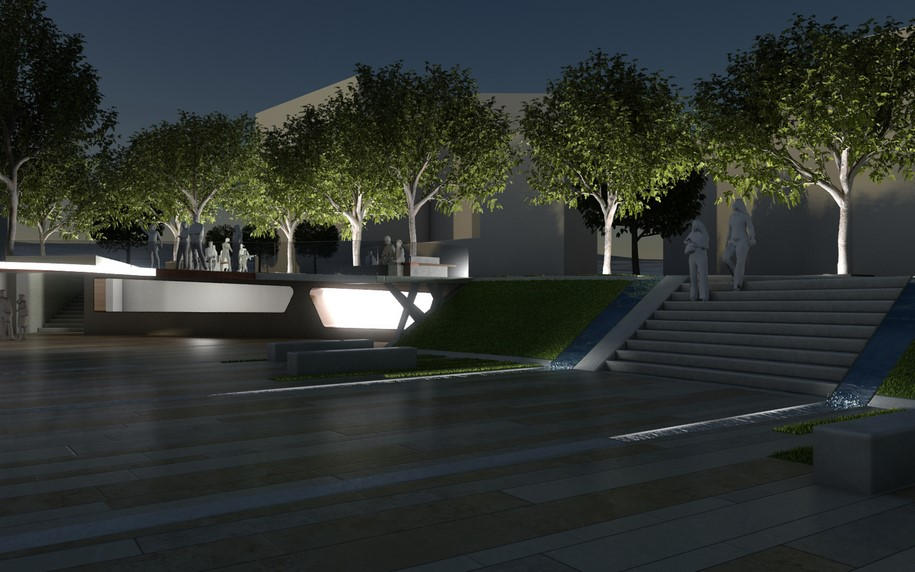 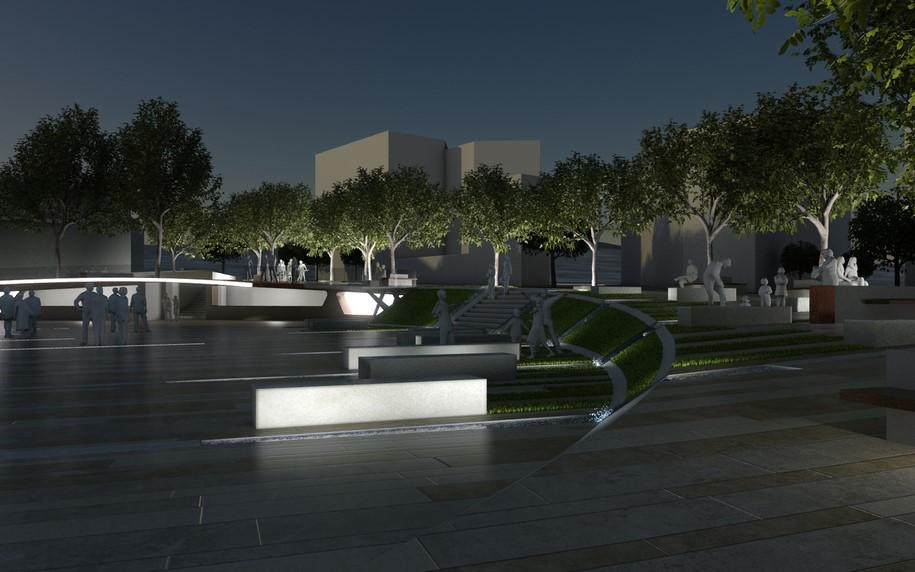 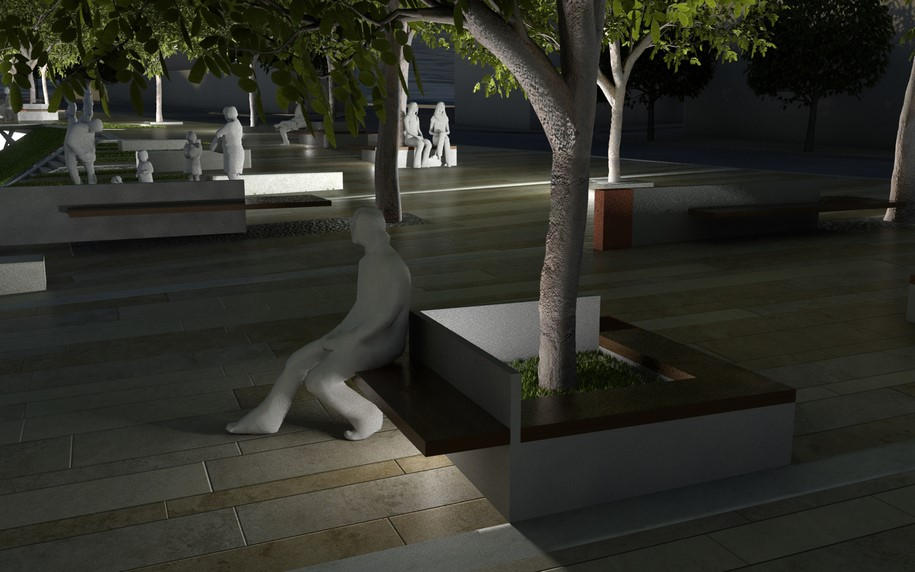 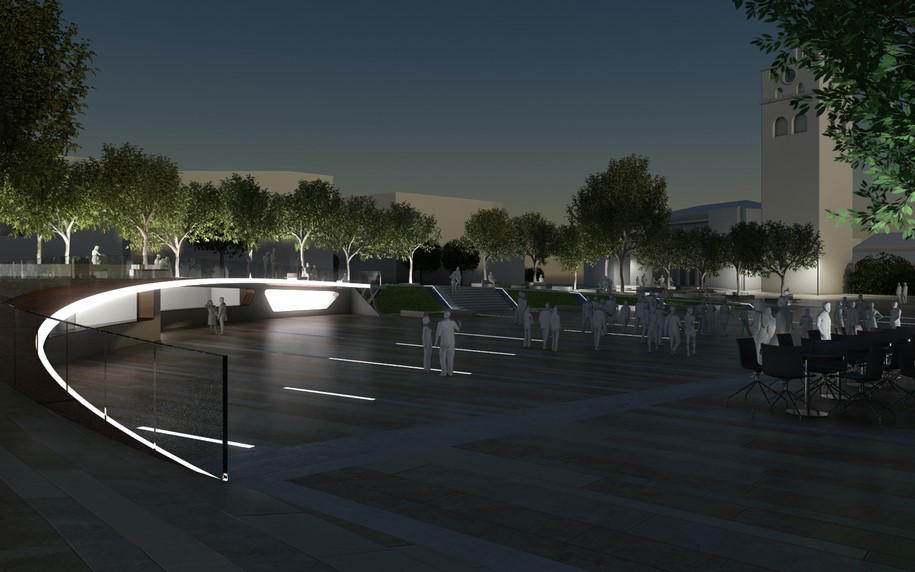 Excessive dominant illumination is avoided while a rhythm of movement suggesting direction is created. The arc shape is emphasized by linear led cove lighting along it creating ambient luminescence for the spaces below, making them safe and reassuring. Motion and transition are amplified by the reflectance of the lit flowing water elements. Cool white is used for the suggested routes while warm white for the spaces of refuge, recreational and vegetation areas, thus creating hierarchies and desired contrasts. 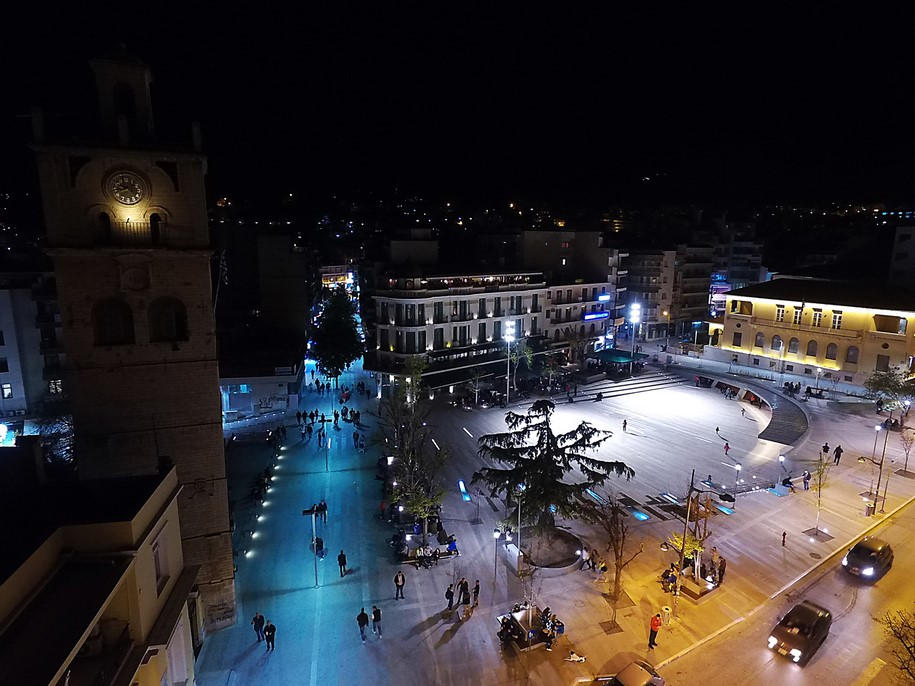 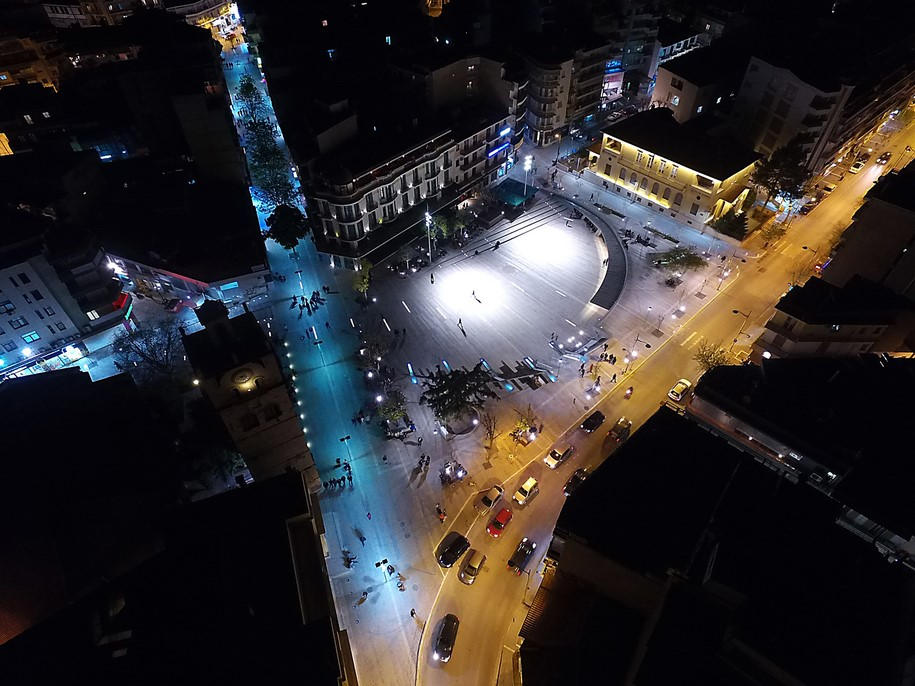 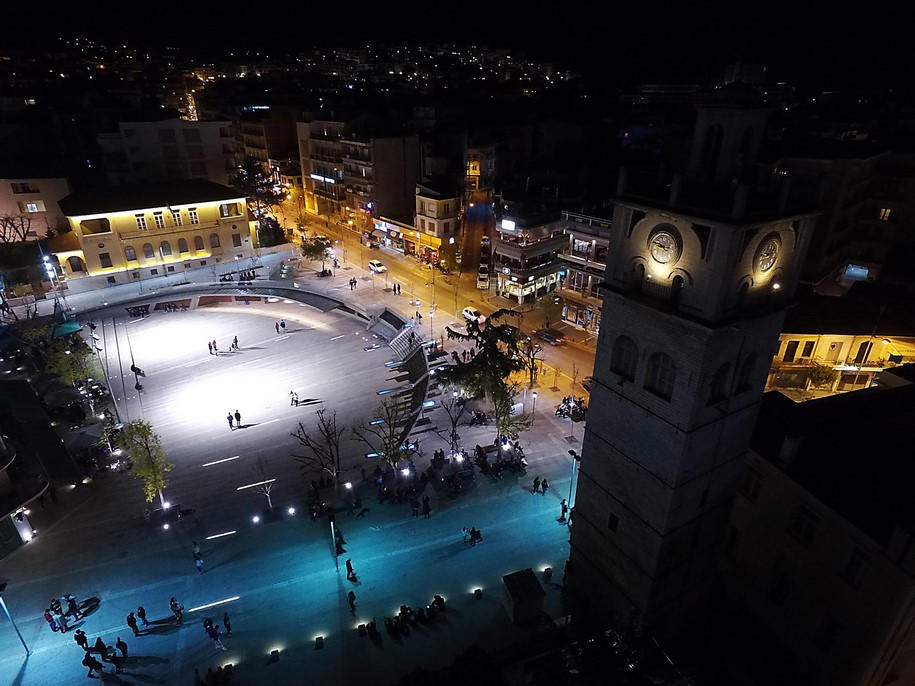