Bien-Urbain Architecture office in collaboration with the Fayolle Pilon architectes associés team, the extension – renovation of the Notre-Dame des Oiseaux high school is implanted on MichelAnge street, in the heart of the 16th district of Paris. Besides the partial refurbishment of a 19th century building, the project needed the demolition of an old inadapted pavilion, in order to implement a rich, complex, program including laboratorys, classrooms, offices, a library, an extension of the existing dining hall and a buried gymnasium. The school stayed open during the construction, which required a precise planification in this very dense site. 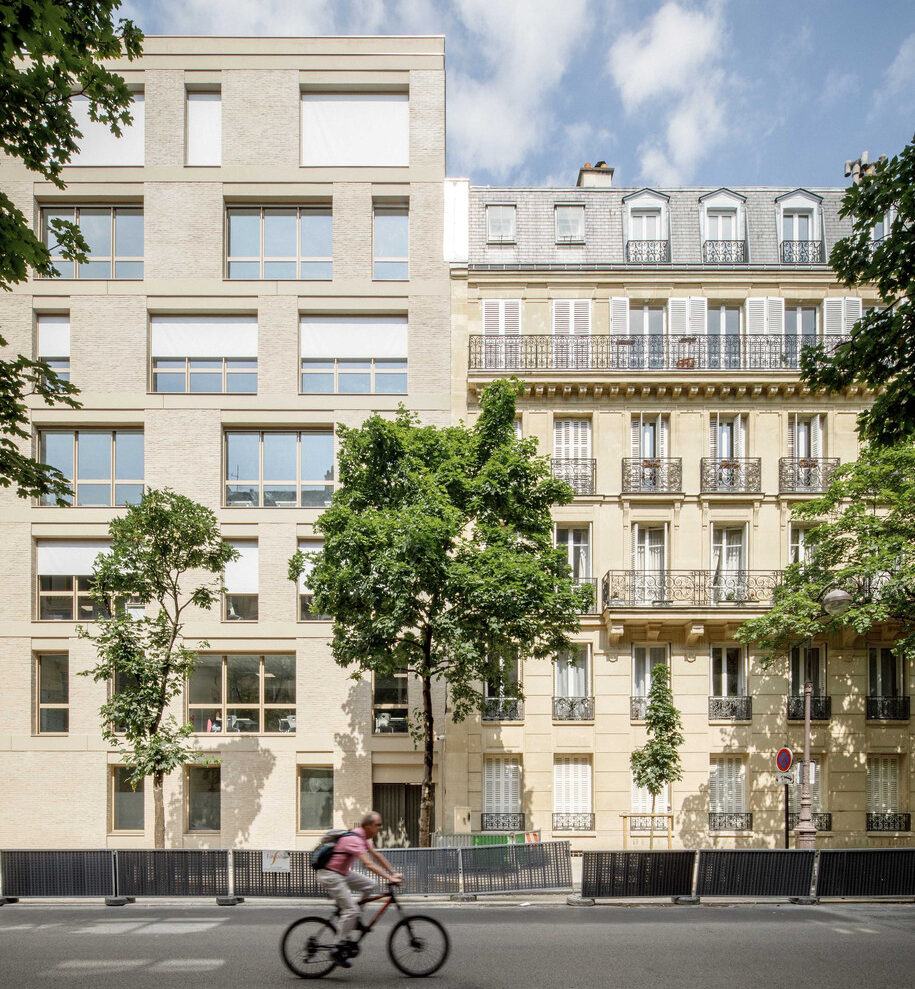 The Institution is implanted in a large urban landscape leading from the Bois de Boulogne to the Seine river, though streets created in 1862. The new building is becoming a part of the existant built-up front. The architecture is defined by its simplicity and sobriety, to look for an inscription in a long period of time which caracterise both the city and the Institution, and its values.

The ambition of the program, the prominence of the existing constructions and the regulatory requirements led to a compact, efficient, organization using all the site potential, though a building conposed of two main volums. The main part, six storeys on the ground floor, follows the street’s general constitution. It’s articulated with a second volum of three levels organized in terraces. This autorizes a surfaces optimization while, in the same time, it allows amenities: patios are created on the site limit, for the neighboors profit, and the terrasses reveal the historical facade of the existing 19th century building.

The gymnasium’s underground implantation is a major decision leading the global organization of the project. It’s orientation, parallel with the existing building, allows to serve the entire construction with a unique elevator. 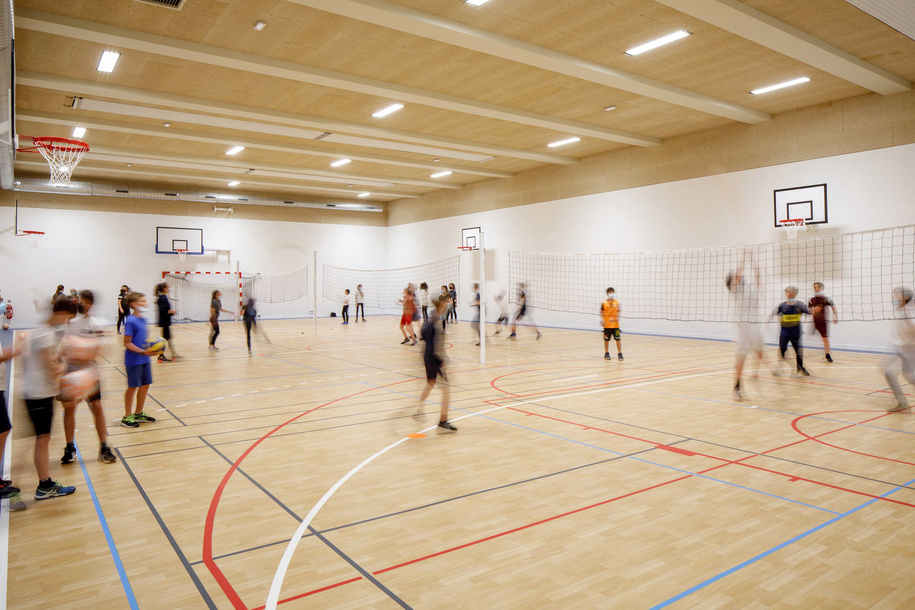 The renovation includes structural works and some opportunist interventions of which goal is to improve the school daily life. The facility’s unity is improved by the creation of links between the existing and the new buildings, at every level, in favor of a fluid functionning and a global security approach. 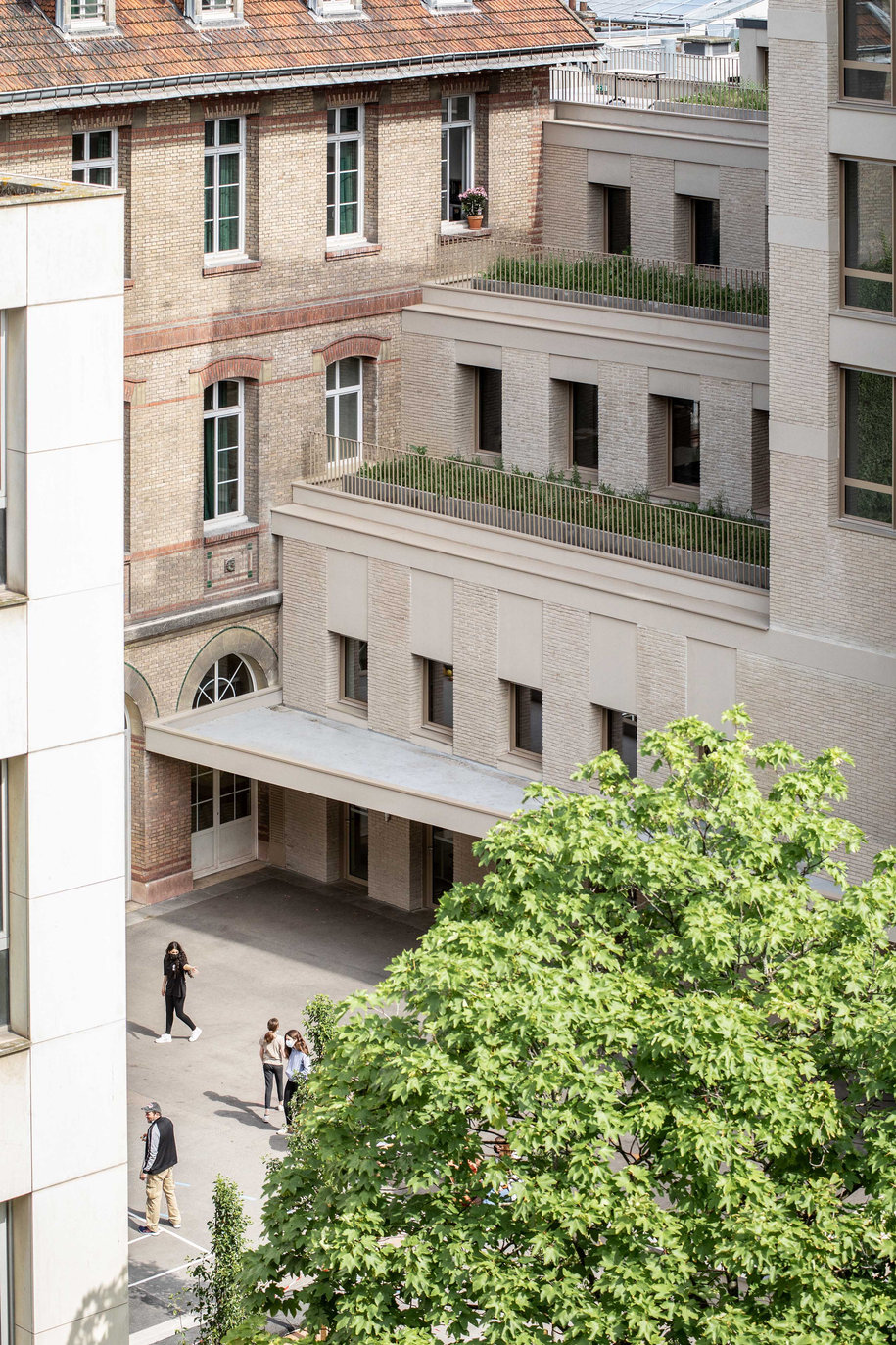 The architecture expresses a specific work on masonry, reinterpreted in a contemporary way in the volumes and the work of the bays. Its materiality, dominated by brick, concrete and glass, finds kinship within both the establishment and the MichelAnge street. The solid parts are clad with blond, handmade bricks, reminding the color of the Parisian stone. The building levels are marked by stained concrete lines. The bays have a lintel of the same material. The windows are made of aluminum and are all equipped with external blinds in canvas.

The color palette is deliberately limited and chosen to adopt a contemporary language. The proportions of the bays are refined by variations in the structure of the façade. The created shadows give relief to the building, while integrating all the technical and regulatory constraints. An important place is also given to plants, in the courtyard and on all the terraces of the extension. 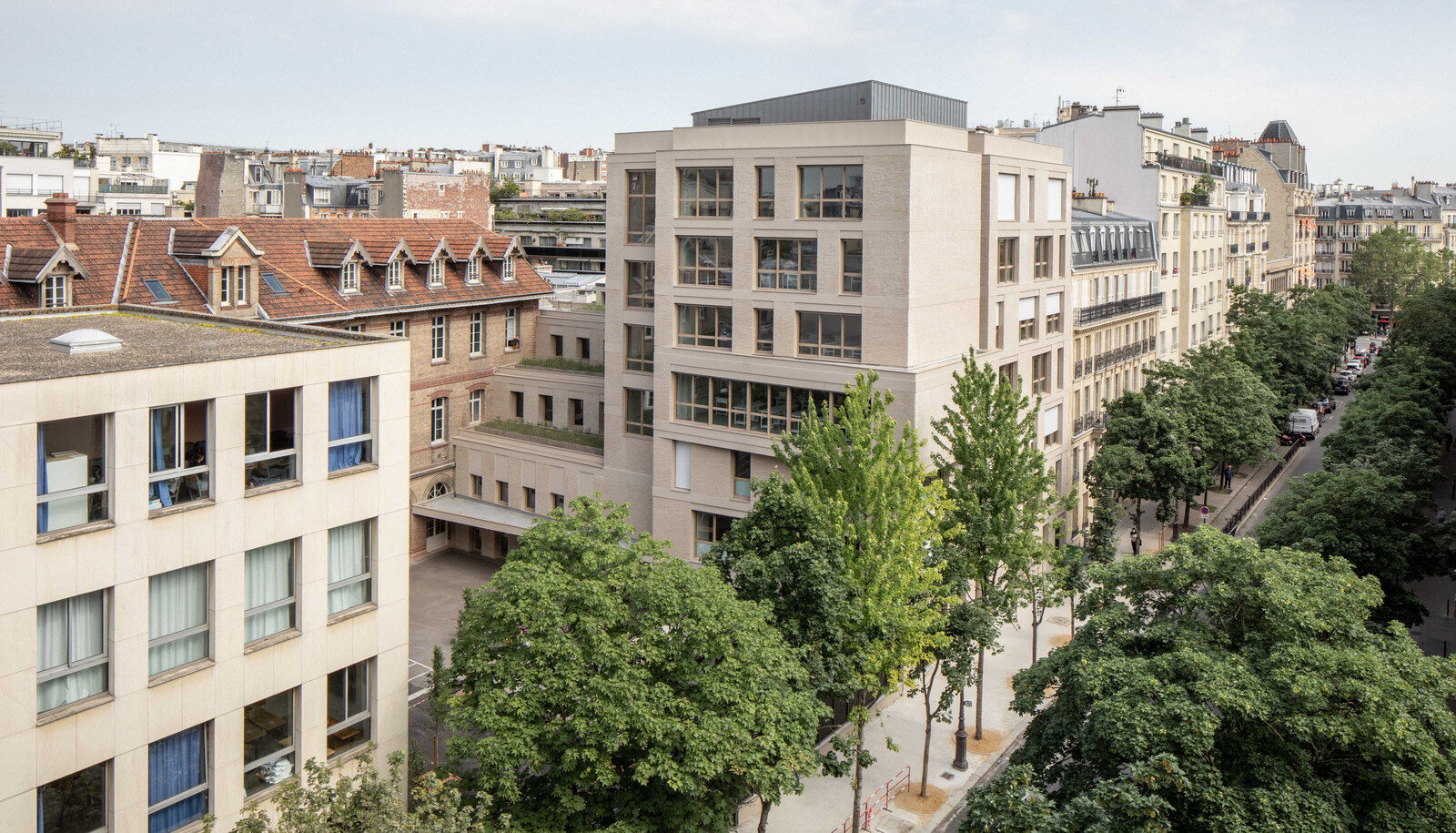 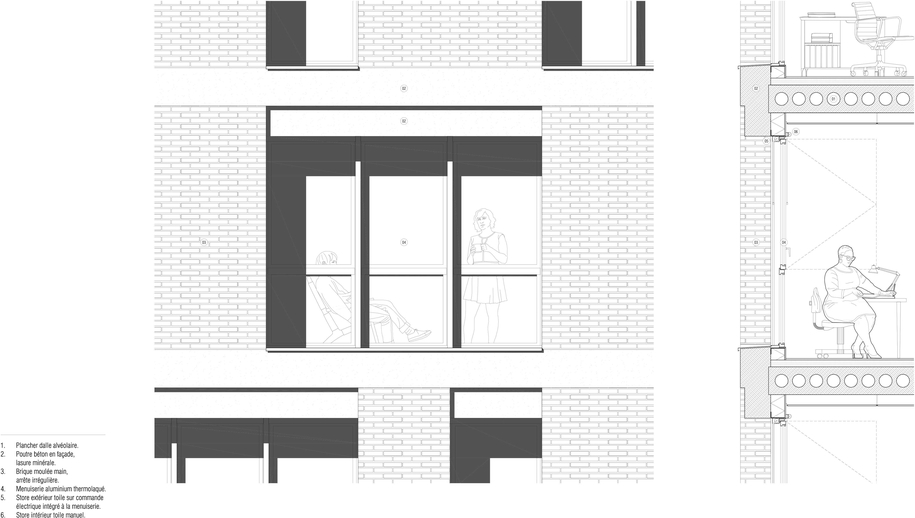