XVW architectuur redesigned and thought of new typologies and aimed to open up new ways to live on a structure built in the ’60s, characteristic of the social ambitions of the Modernism. The winning proposal of the office, titled “DeFlat” focused on creating a new affordable housing model with a DIY concept.

Xander Vermeulen Windsant, founder of XVW architectuur will be a speaker at the ΕΣΩ conference that will take place on 15.06.2022 at Onassis Stegi.

Kleiburg, a 400-meter-long building, was designed in the ’60s by Dutch architect Fop Ottenhof as part of Siegfried Nassuth’s masterplan for an urban extension of 100.000 residents southeast of Amsterdam. It comprises some 500 apartments spanning ten stories and within the vast estate laid out over a hexagonal plan.

The complex is at a truly heroic scale and emblematic of the social ambitions of 20th-century Modernism.

Over the years, Kleiburg became dilapidated, putting it at risk of demolition. In 2011, protests sparked a competition that called for an economically viable plan to renovate the complex. XVW Architectuur’s winning proposal titled “DeFlat” focussed on creating a new affordable housing model with a DIY (do it yourself) concept enabling people to renovate and fully fit out their apartments by themselves.

The ambition was to use the existing framework of Kleiburg to open up new ways to live, to offer new typologies by combining two flats (or more) into one by making vertical and horizontal connections.

In remodeling the building, the architects, therefore, concentrated on its structure as well as the public and communal areas. They made the perhaps intimidating strength of character and unity of the project a virtue by reinforcing it and refining its monumental and even sublime qualities. For example, by sandblasting the painted concrete, its sensuous stone-like tactility became visible once more.

Also, the ground floor was freed from the storage units that cluttered this space and now form generous, airy, welcoming entrances into the buildings, including local business units that serve the residents. The elevations too were stripped of later additions for visual coherence thereby celebrating the clarity of the original vision.

Today Kleiburg is home to 500 families from all walks of life and representing over 150 nationalities.

In 2017, Kleiburg won the prestigious Mies van der Rohe Award for its real life idealism and the way the clear but modest architecture facilitates this. 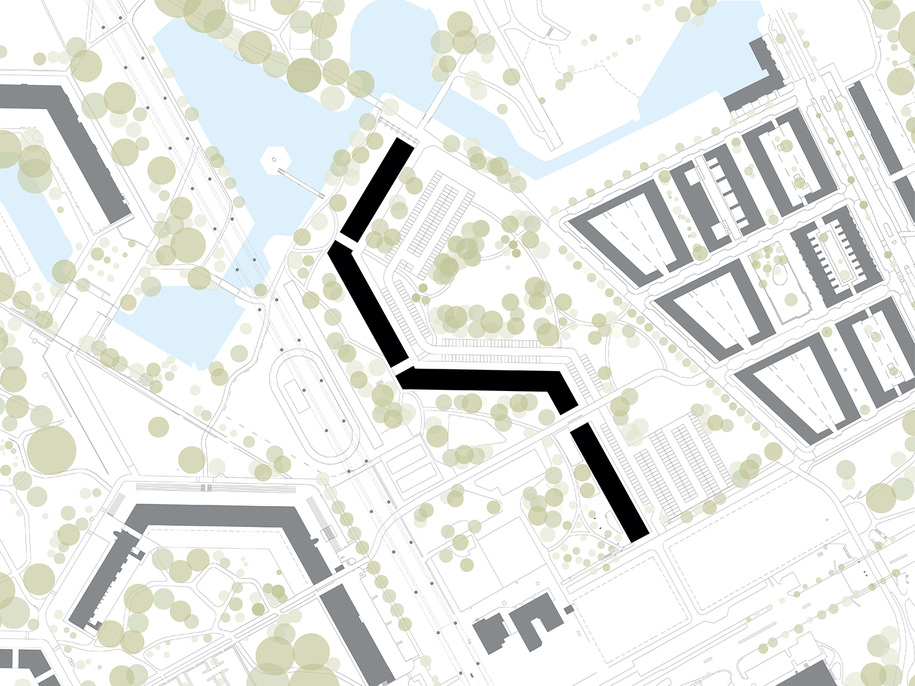 Xander Vermeulen Windsant, founder of XVW architectuur will be a speaker at the ΕΣΩ conference that will take place on 15.06.2022 at Onassis Stegi.

Book your tickets and learn more about this year’s ESO conference.