Early in 2006, E2A Architects received a phone call from our lawyer asking if they could help one of his clients build a house on the shore of Lake Zurich.

While meeting in their office, he expressed a desire to expand his tiny lakefront house and create two independent living spaces.
Each house required independent access, yet the overall design should accommodate inhabiting both houses as one residence. The outdoor space of one house should orient to the ground and the shore of the lake, while the other could create its own outdoor space independent of the first. Sandwiched between breathtaking exposure to the lake and heavy traffic congestion along the street, the houses needed to negotiate two extremes with a scheme for an open facade showcasing views to the lake, and a closed facade buffering noise from the adjacent street.
Finally, the two units should inhabit one architectural gesture.

“After the briefing, we visited the site where the client intended to fulfill these desires with an addition to the existing house. Upon reviewing the desired program, it became clear that simply renovating and adding to the small house was not a viable option. Instead, we developed a project intertwining two houses within one villa,”say E2A Architects.

The completed house consists of four clean-cut boxes of monolithic white concrete resting on top of each other, each containing a different aspect of the program. Hidden from the exterior, the sunken box accommodates all storage and technical facilities.

A long, stretched box rests on the ground and offers generous spaces for living, dining, cooking, and car storage. Above this, the first level contains all bedrooms. On top rests an independent apartment with its own terrace.

The boxes vary in size as each programmatic group requires a different amount of space, and are arranged in varied positions to enhance the illusion of stacked houses.

After establishing the organization of these boxes, we developed independent access for each house.
The reinvention of a double staircase led to a very simple, yet intriguing configuration of circulation. In plan, the stairs are superimposed above each other to minimize consumption of space and maximize freedom in the interior. While they have similar spatial configurations, the stairs differ in materiality. The stone stair leads directly from the ground level to the top apartment without interfering with the first level. The wooden stair connects the lower three boxes – underground, ground, and then first level.

In section, the stairs are slightly offset to avoid interfering with one another, yet offer possibilities to change paths. The double stair is visible only from the ground level where the straight flights cut diagonally through the volume to reveal the hidden stairs ahead. 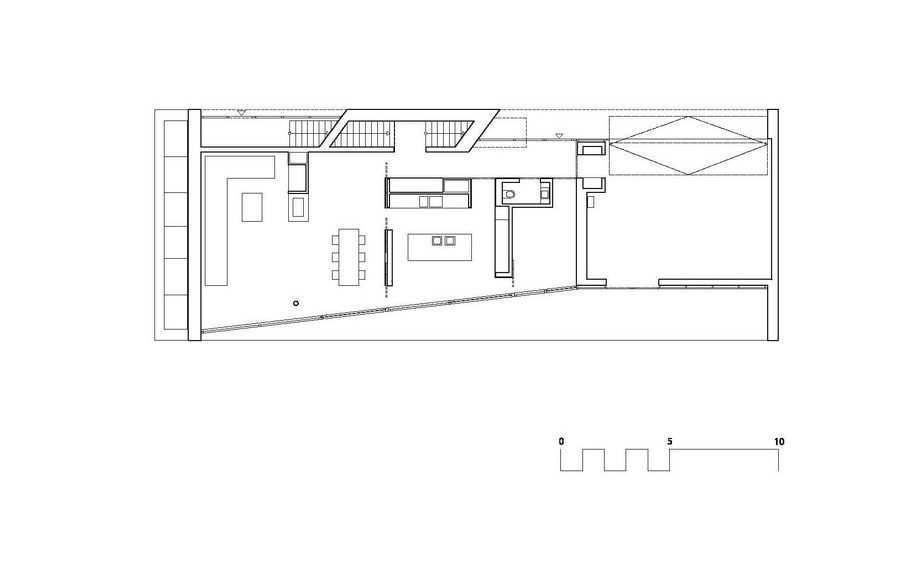 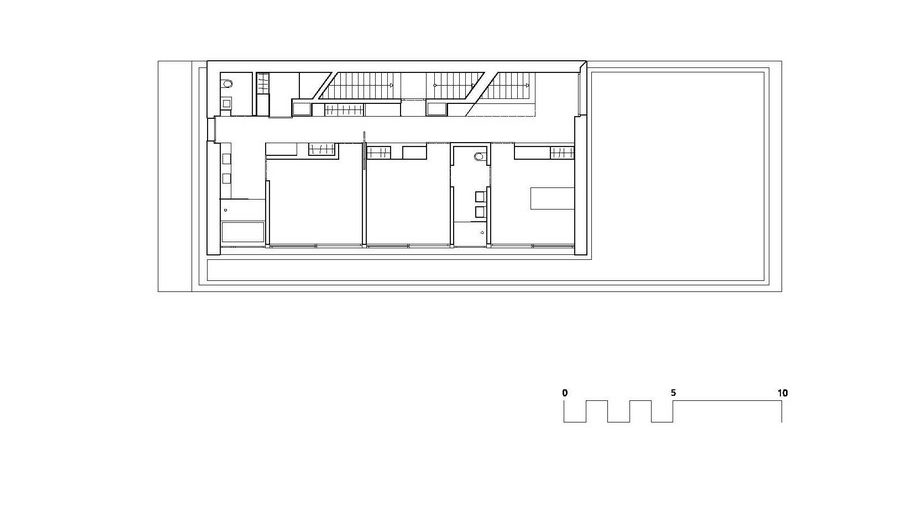 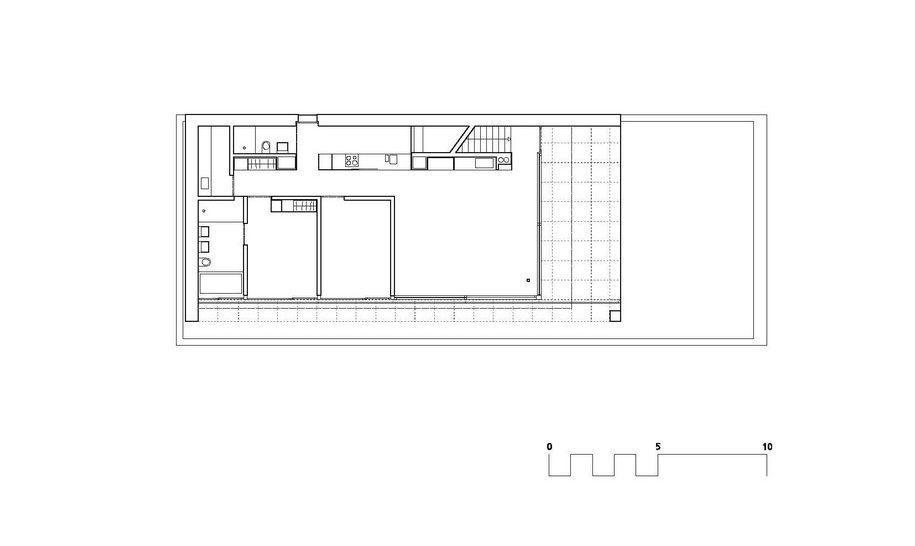 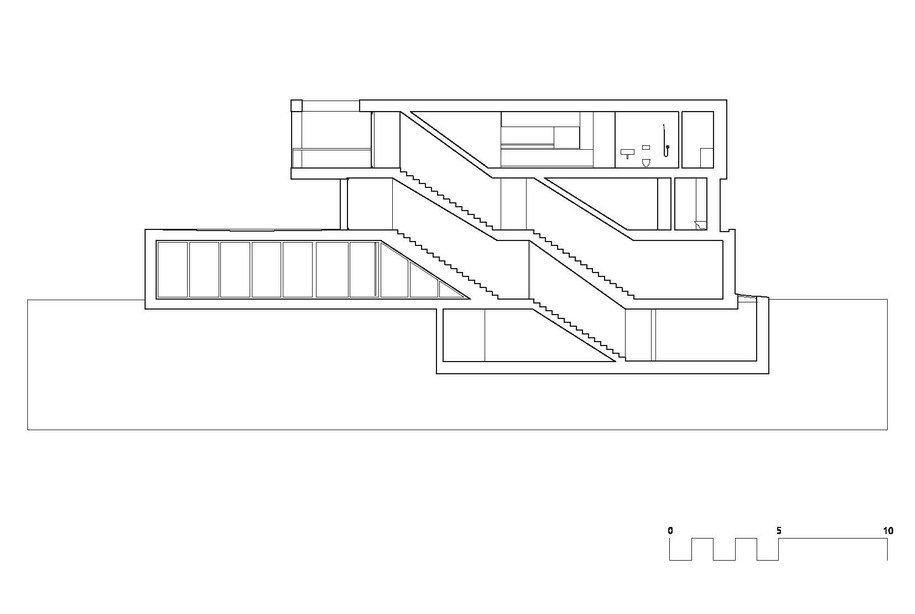 see also House B, a calm and introverted family residence in an otherwise garrulous environment, designed by E2A Architects!