The COAF (Children of Armenia Fund) is a smart campus for local youth empowerment in an armenian rural zone, hosted in a building that stands out in the landscape by paying tribute to its merit, designed by Paul Kaloustian Studio and completed in 2018.

The SMART campus is a vessel for empowerment to anchor our youth in their ancestral lands where they can live prosperous lives.
At the same time, it is a portal that connects them out so they keep pace with the advancements around the globe. The building as a whole had to embody these various aspects.

This contemporary structure is a step towards proving that we can improve living conditions and uplift our communities.

The architecture is an hymn to the landscape, the land of Armenia.

The Children of Armenia Fund (COAF) plans to expand their community works with the SMART initiative. The aim is to deliver superior and regionally-relevant educational, social, economical and community programs in rural areas with an emphasis on technology, sustainability, arts, music, modern healthcare and lifestyle, linguistics and languages, business and civic engagement.

SMART is to operate on enhanced programs developed by COAF based on models which have charted success in 22 different villages in Armavir and Aragatsotn regions of Armenia over the past decade.

Targeting the rural regions, these campuses will respect the integrity of rural aesthetics in sync with contemporary architectural design, maintaining the authenticity of the region, while encouraging progressive ideology. Each campus will utilize sustainable and green design, off the grid components and renewable energy. They will have classrooms, health posts, studios, computer lounges, meeting points, an auditorium for performances and presentations, libraries, restaurants and various spaces for diverse indoor and outdoor activities varying from sports to entertainments and arts to agriculture and diverse other workshops to train and enable developing children, youths and adults alike. The campuses would also accommodate program participants and visiting collaborators in its guest quarters.
The first Smart Center campus is located in the northern Armenian province of Lori.

Lori province, Armenia. The landscape dominates the senses of all who pass through the corridors of the highlands. Stands of trees punctuate the hillsides and somehow turn into the landmarks of the countryside. It was inevitable to follow the language that already existed: mark the valley with a smooth organic presence adapted to the landscape mimicking the act of the tree groups.

At the same time, this presence had to have its own identity to differentiate it from the rest and to make it a legitimate landmark in its own right within the stands of trees. However, instead of choosing to emphasize the architecture as the landmark, the landscape was to be the landmark. To achieve this, the structure of the architecture embraces the landscape by creating a sinuous ribbon-like walkway around an immense courtyard. The single storey building spreads horizontally following the shape of the land. In so doing, the architecture of the campus establishes a new reading of nature and structure creating an ambiguity between itself and its surroundings. It generates an environment, as opposed to generating a building, where the embraced landscape becomes a celebration of the rural environment.

The visitor arrives to the main building, an inviting sheltered concave space. They enter into an enclosure that opens out to a new space bathing in light. The immense courtyard beyond the clear glass seems an extension of the interior. The volume slowly thins out and disintegrates into an open air walkway around the courtyard. While from the enclosure the landscape seems to be part of the interior, from the courtyard, the immense size of the landscape dwarfs the structure.

Beyond the main structure of the campus a sheer wall nestled in the descending landscape marks the entrance to a guests’ house. The sheer wall takes volume when the visitor enters through the gate. In turn, the volume shatters itself into an extension towards the landscape that unravels beyond its long glazed facade.

In this same way, amenities punctuate the landscape of the campus as small, seamless cylindrical enclosures that hide within them extensions to immense outdoor spaces. 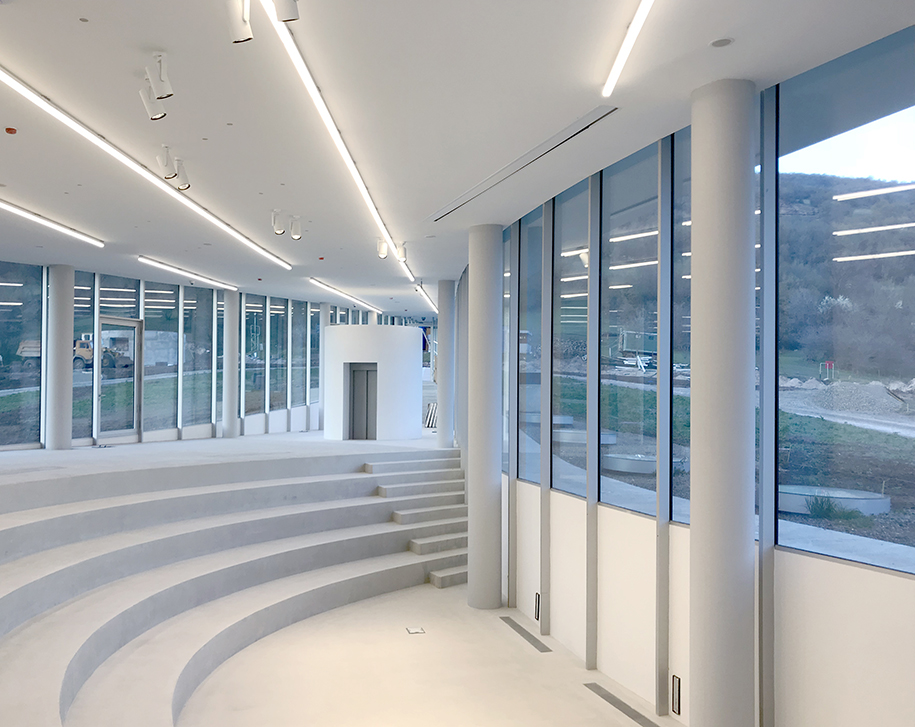 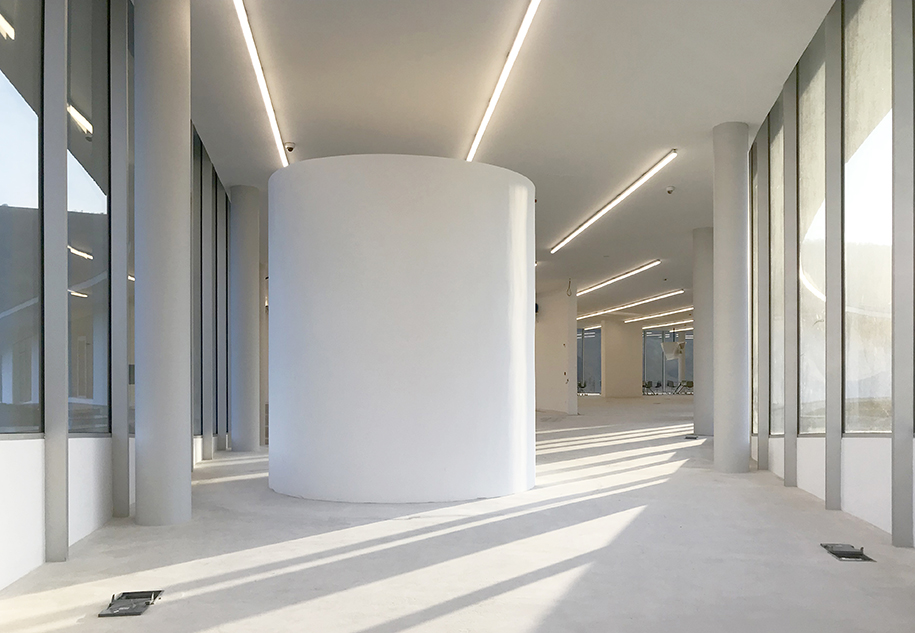 About COAF:
Children Of Armenia Fund (COAF) is a non-profit, non governmental 501(c) (3) organization.
COAF uses community-led approaches to reduce rural poverty, with a particular focus on youth. Since the inception of its programs in 2004, COAF has funded and implemented educational, healthcare, community and economic development programs serving more than 28.000 people in rural villages of Armenia. In 2015, COAF debuted SMART, an unprecedented model for delivering superior and regionally relevant holistic educational programs in rural areas with an emphasis on technology, sustainability, the arts, health, linguistics, business and civic engagement.
Learn more at www.coafkids.org

About PAUL KALOUSTIAN:
Paul Kaloustian Studio is a Beirut based Architecture practice working on different scaled projects ranging from buildings to interiors.
He received his Masters at Harvard Graduate School of Design (1999) and worked at Herzog and de Meuron in Basel (2000).
Paul has taught at the Boston Architecture Center (2000) and at the American University of Beirut (2009-10).
He received the Moukbel Award and the Order of Engineers and Architects Award.
His project “House in a Forest” was exhibited at the13th Venice Biennale and at the Institut du Monde Arabe in Paris and in London in the exhibition “Atlas of the Unbuilt World”.
His project, “Smart Center”, currently under construction has been exhibited in the 15th Venice Biennale.
Recently, he has been awarded the 3rd Prize for the international competition , the New Cyprus Museum in Nicosia.
His work has been extensively published in the international press.