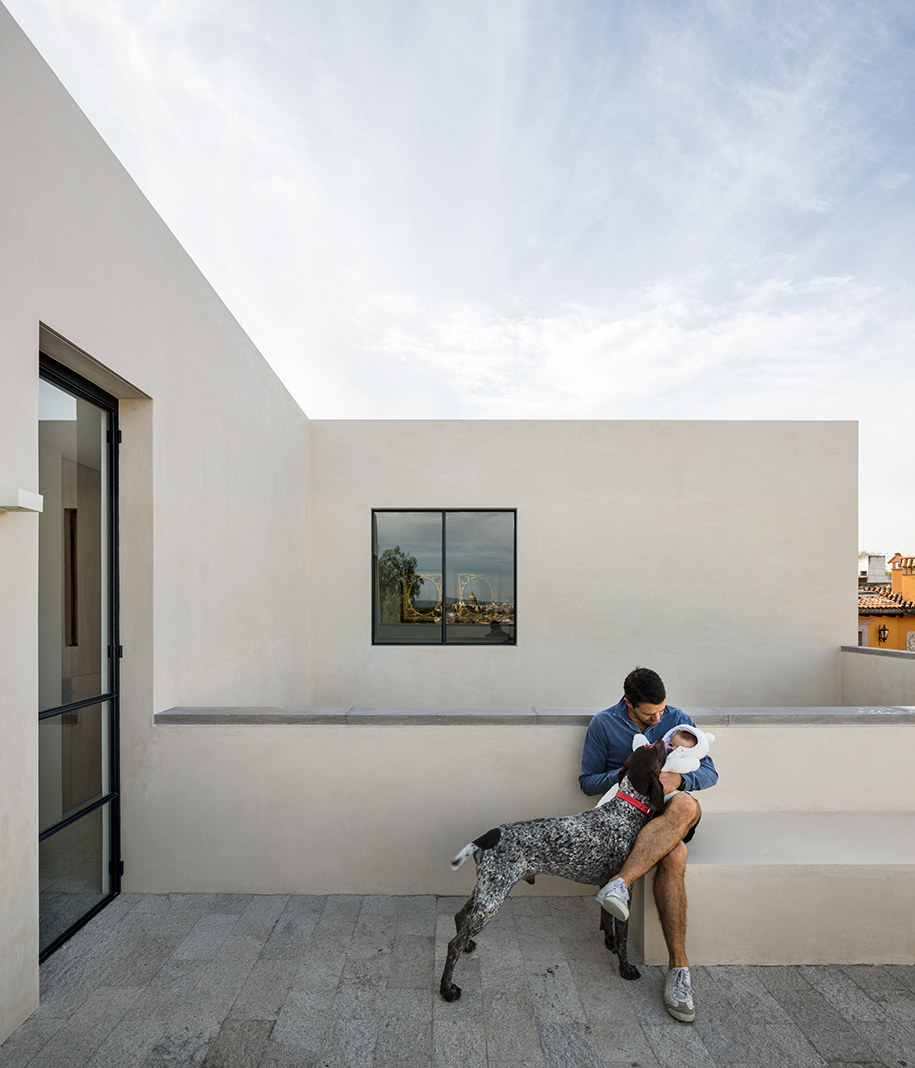 text provided by the architects – After visiting the site and considering the requirements of the program, the conclusion was to respect the identity of the place, built context and the importance of the height of the neighboring preexistent walls. This last were taken and conceived as limits that would define the empty space between them. 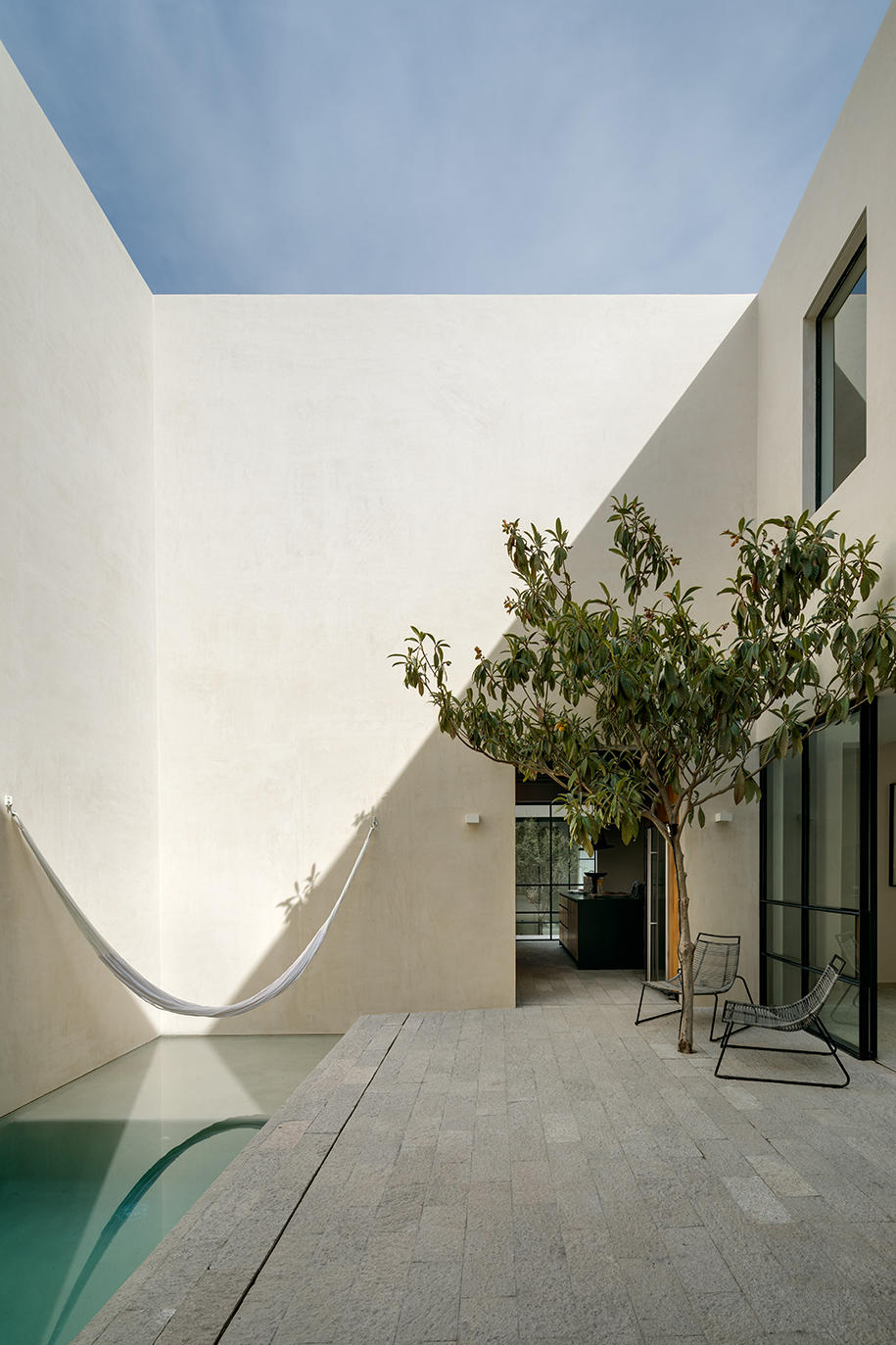 The distribution in the ground floor plan comes from this concept, leaving the social space without divisions and boundaries with the outdoor space. 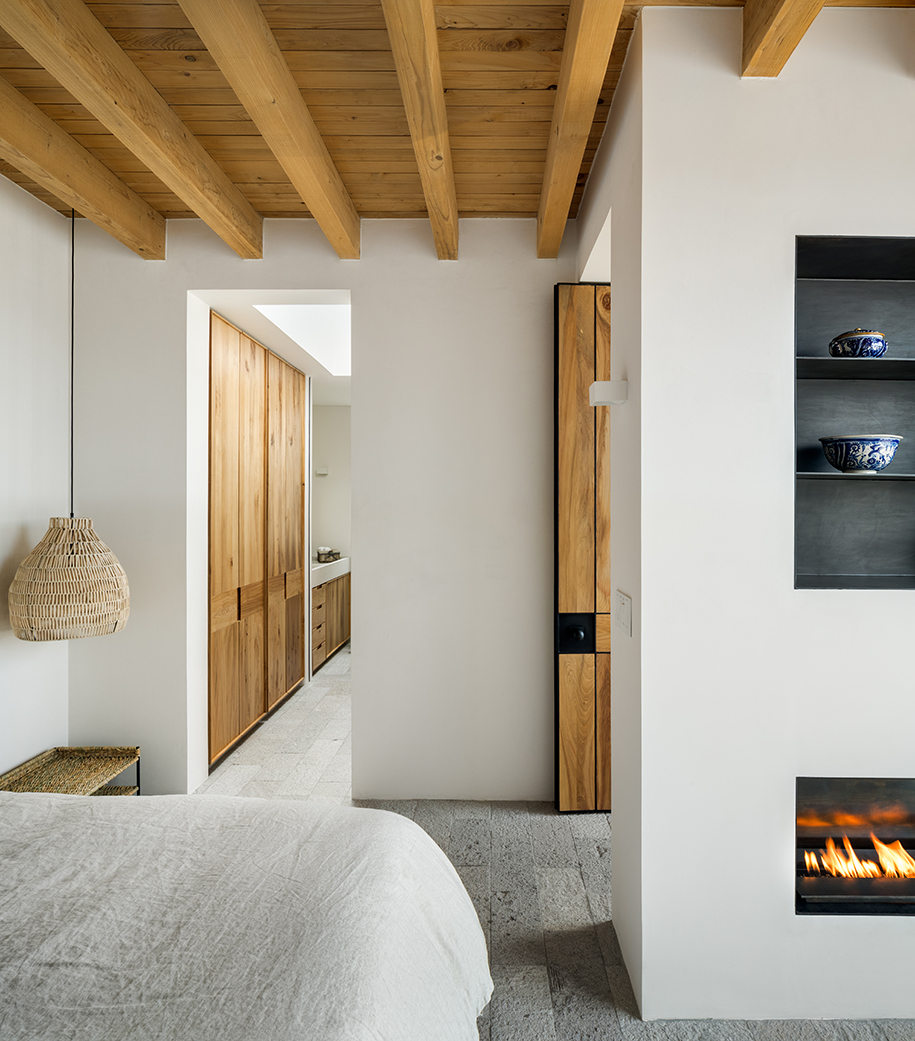 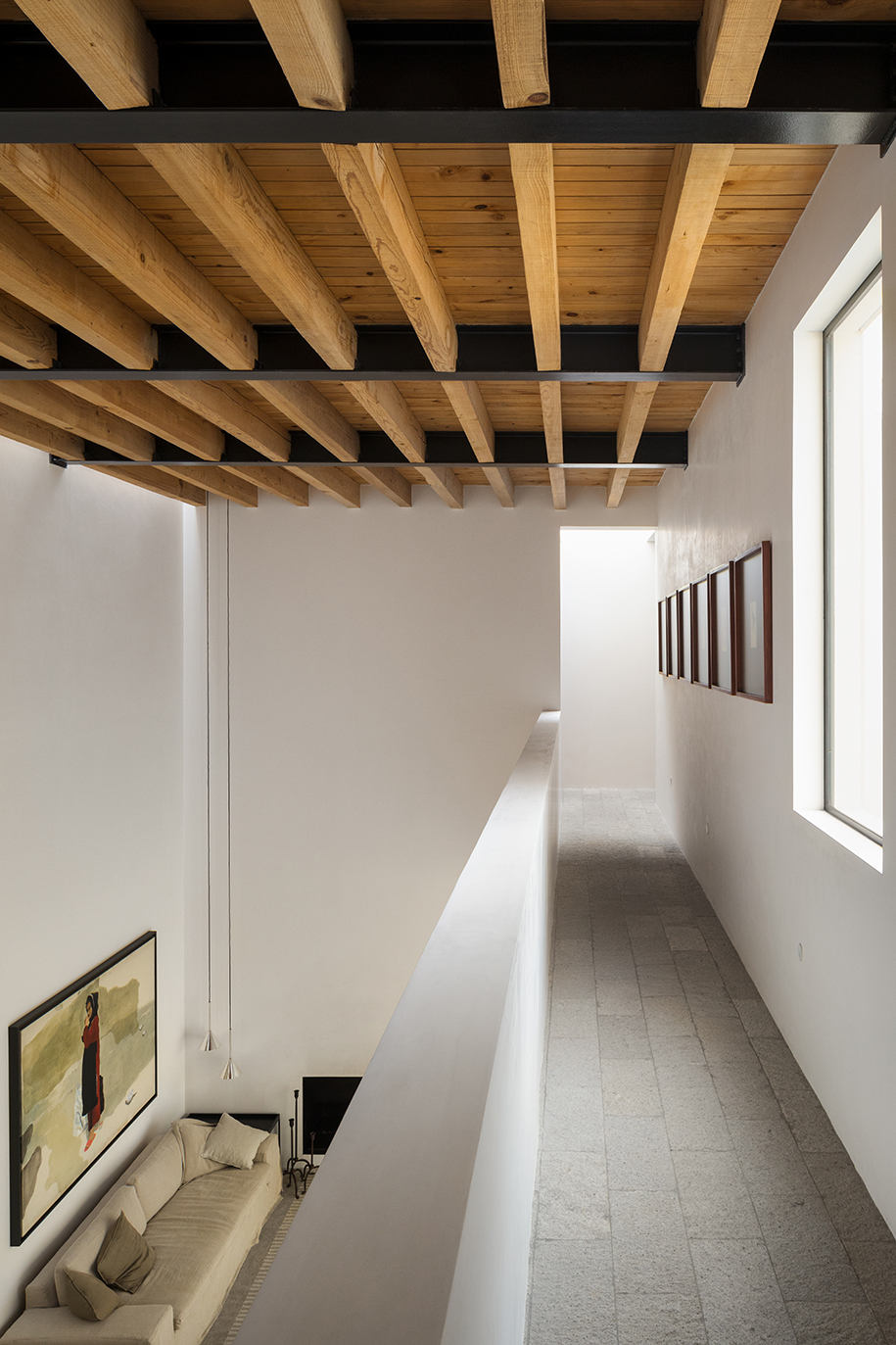 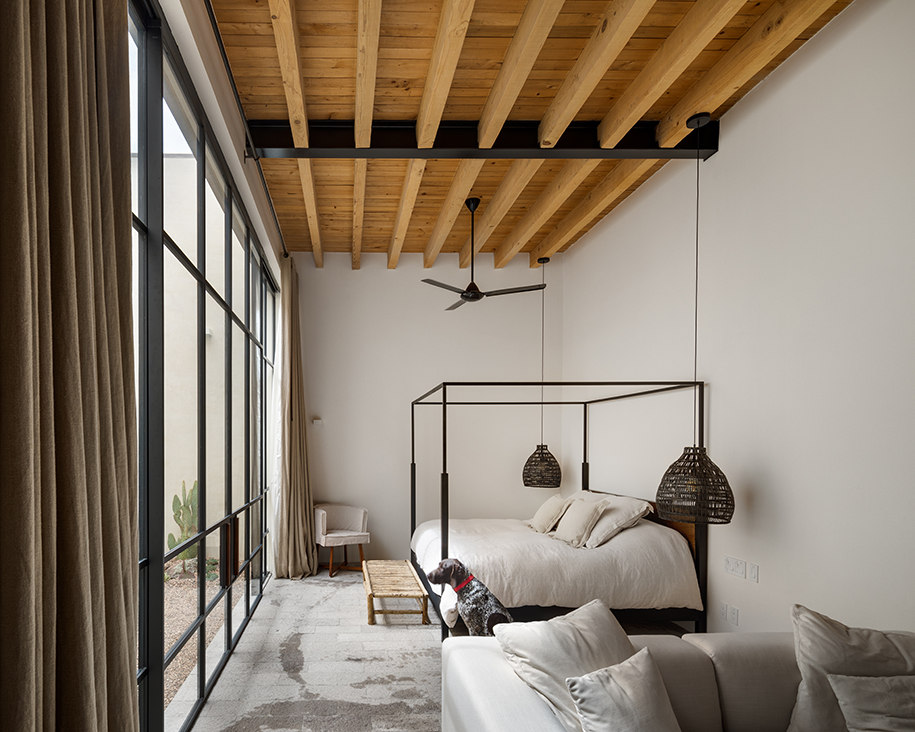 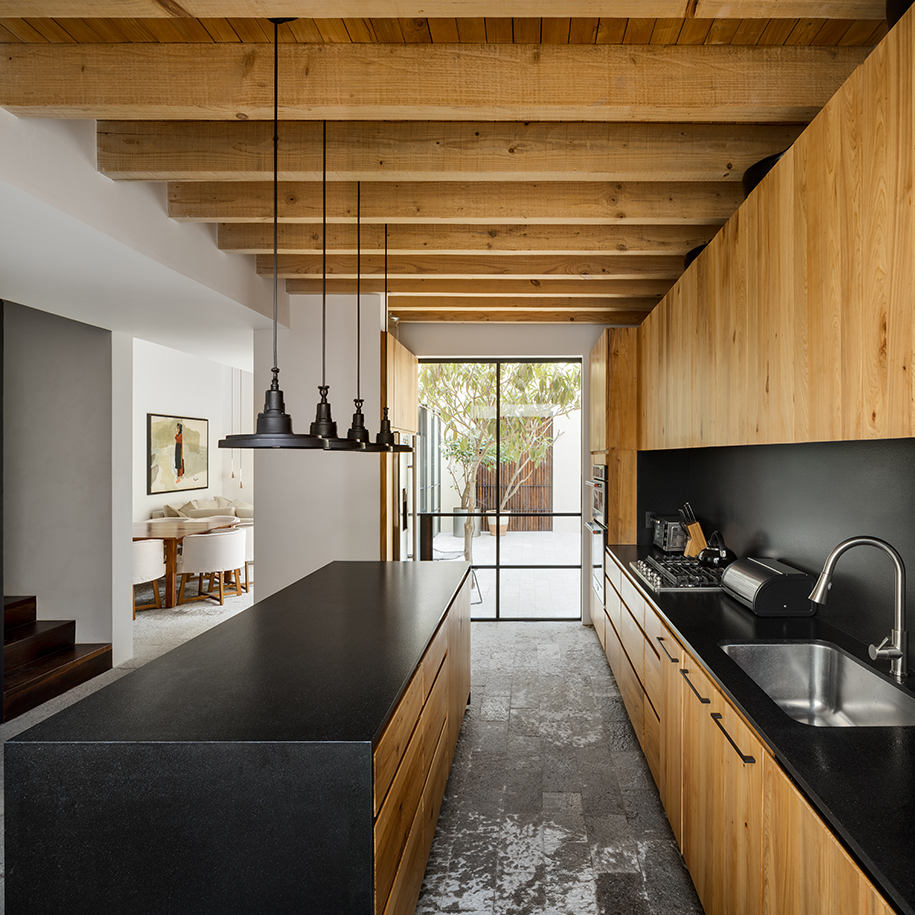 Having a scheme that works inwards all the restrictions and having no nearby views to the landscape, 3 void spaces were proposed in the plan in the form of patios, each one with different character, use and program. These voids give the project its character, producing different perception of scale to the user, a high contrast of light and shadows, spaces of silence and rest. 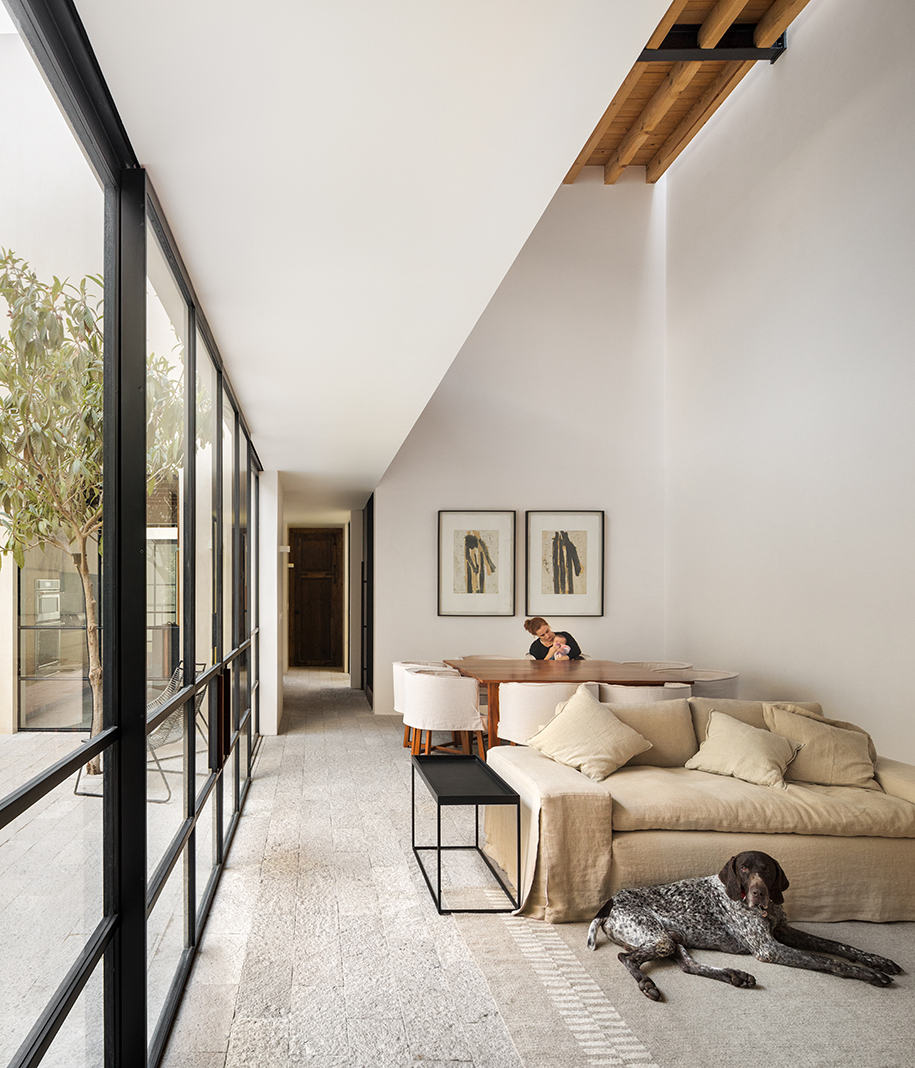 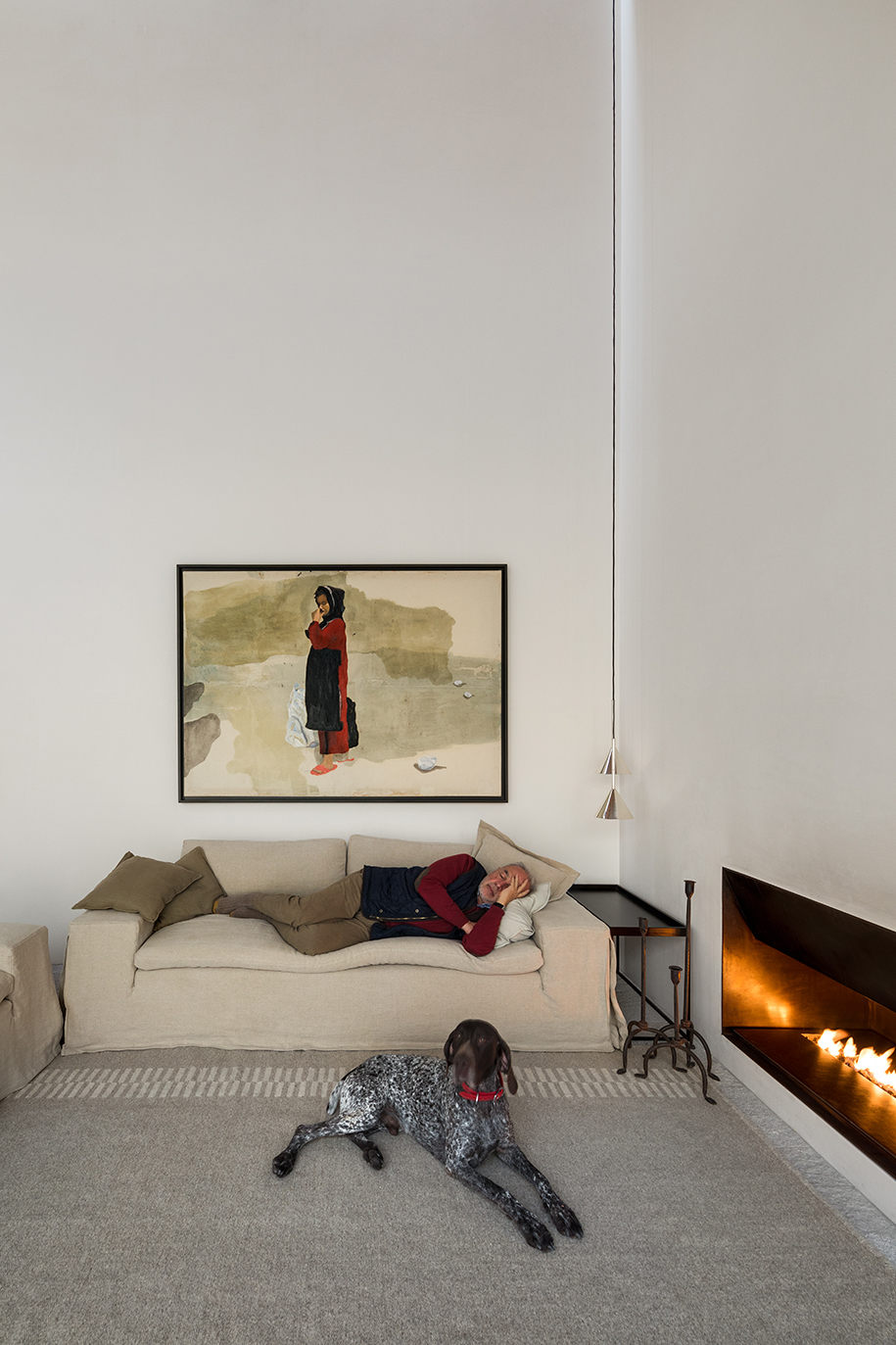 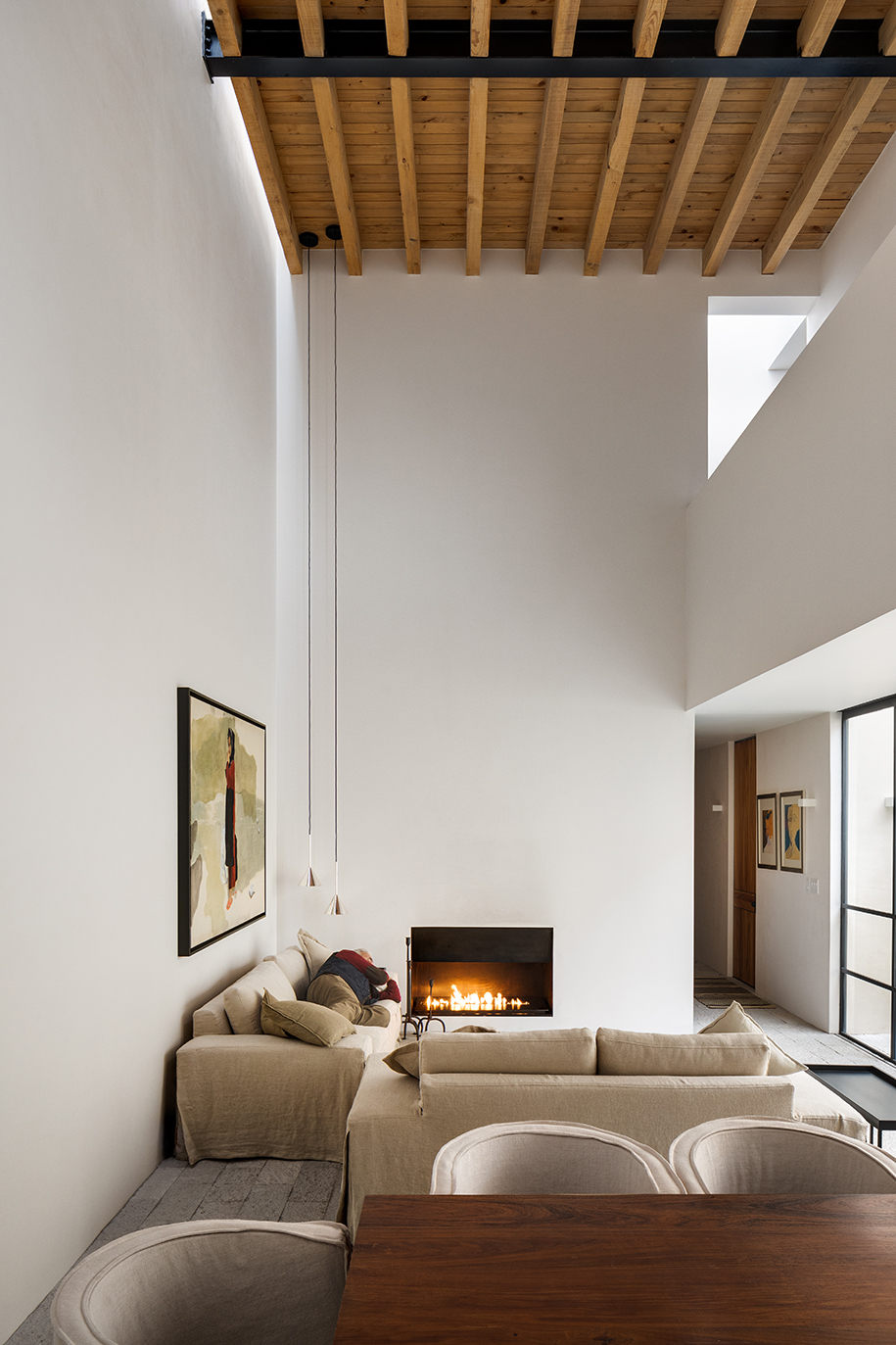 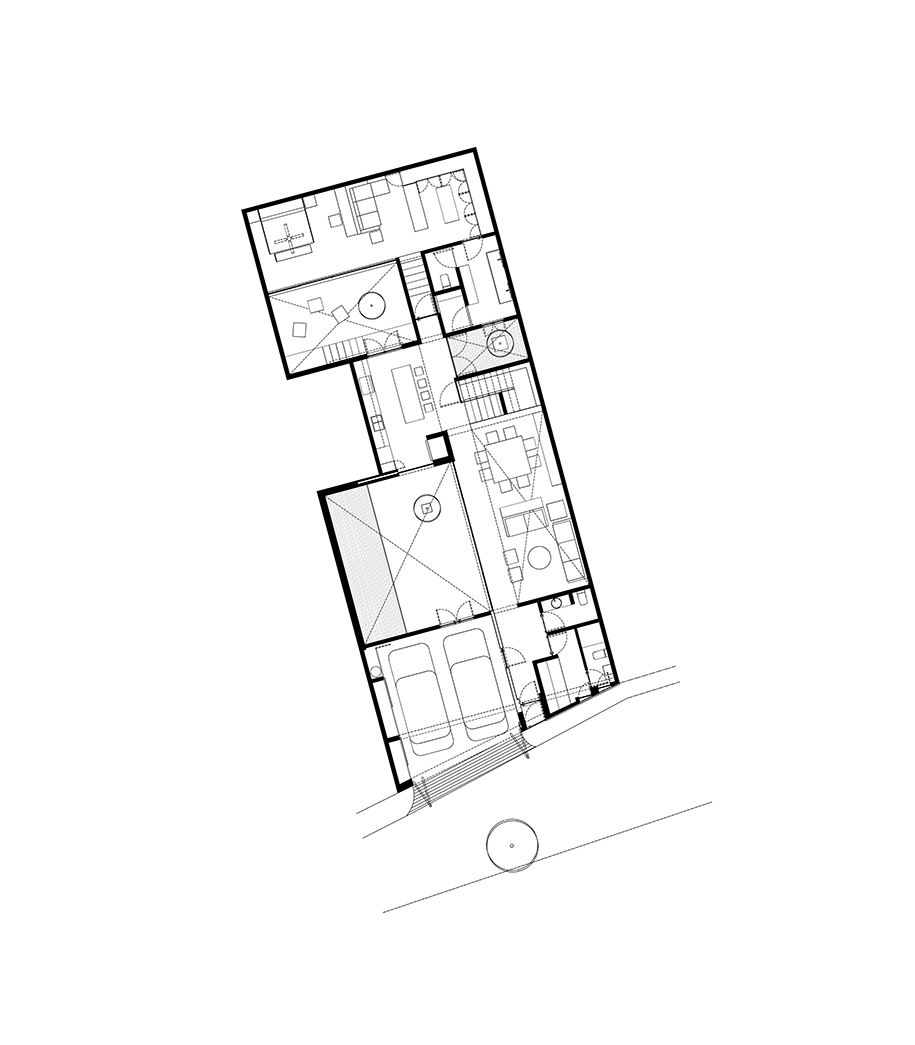 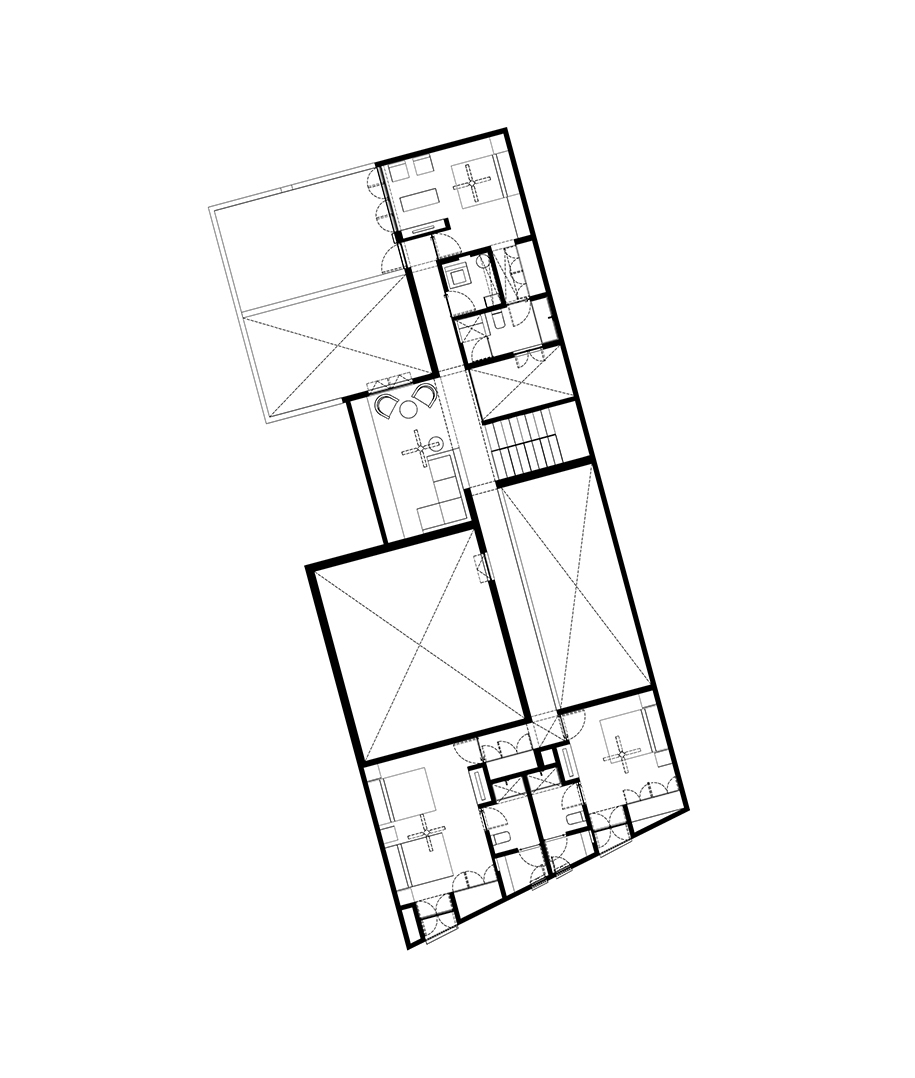 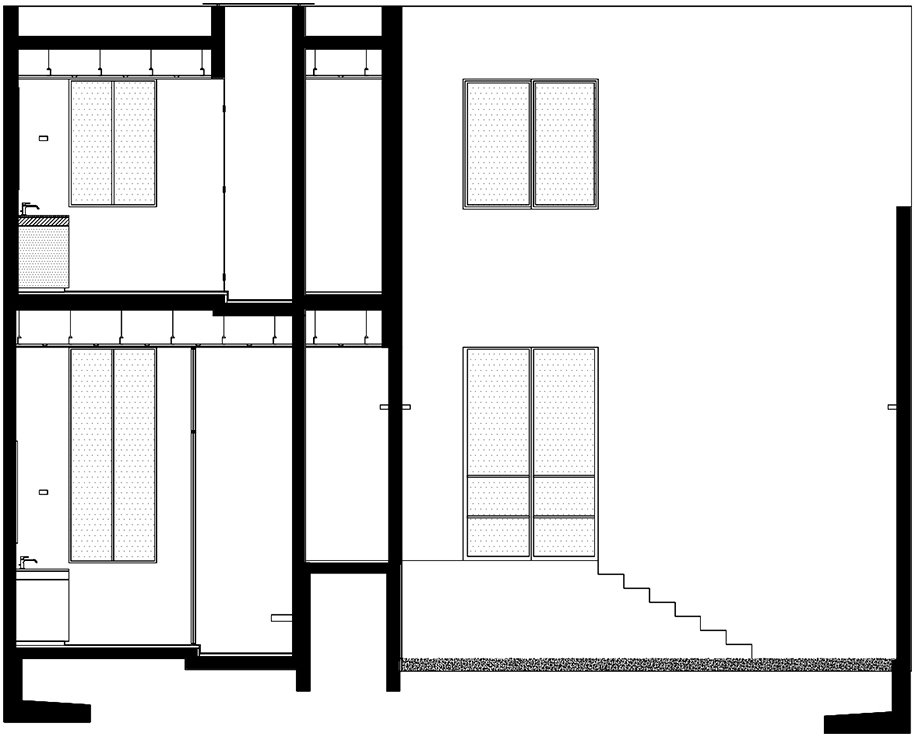 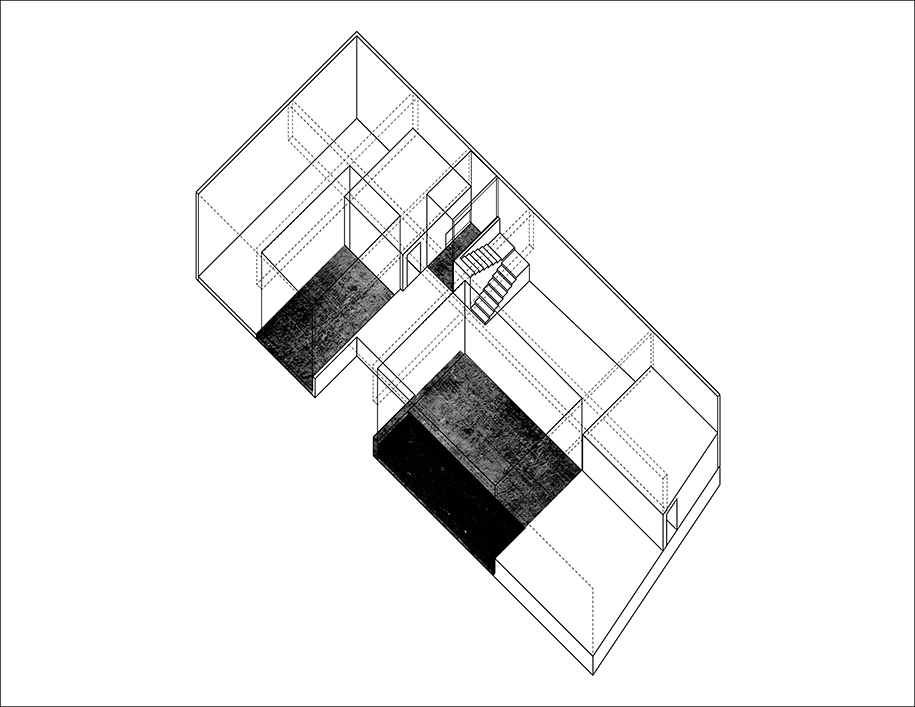