Ryan W. Kennihan Architects designed Baltransa House, in Skerries, Ireland. The site contained a ruined farmhouse and barns, owned by the family, since the early 1800’s. The initial client brief was to renovate the existing buildings. The architects thought that renovation would erase the building history. Thus, they decided to add to the complex a single simple building.

The site of this house contained a ruined farmhouse and barns that had been in the family since the early 1800’s. 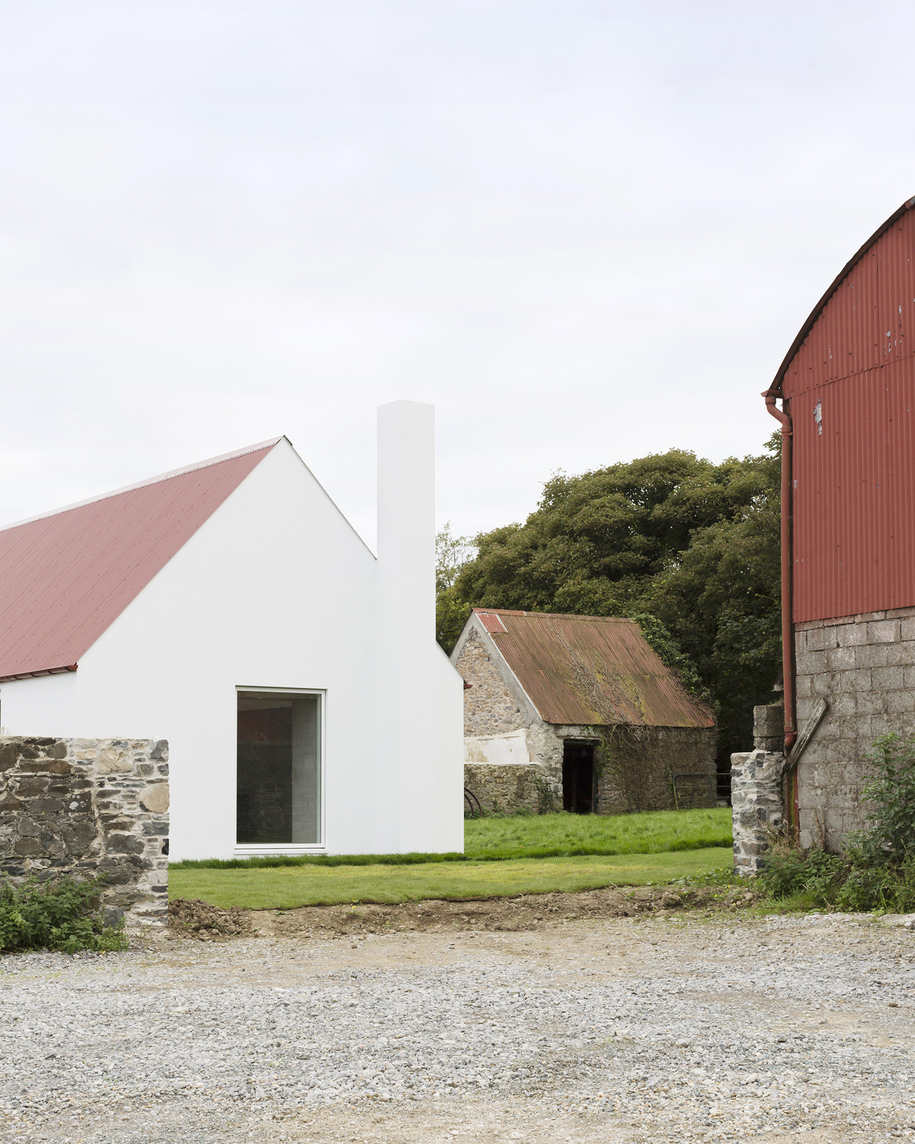 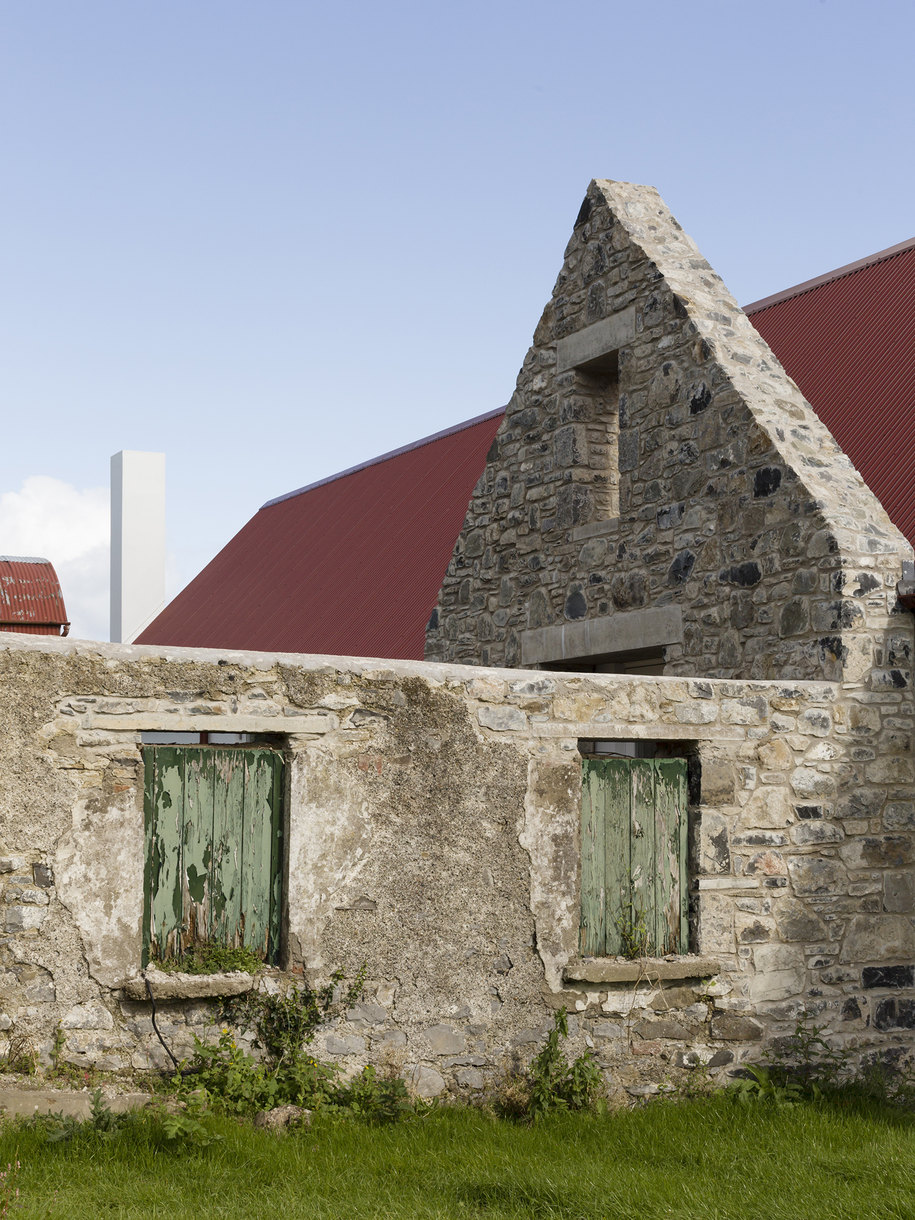 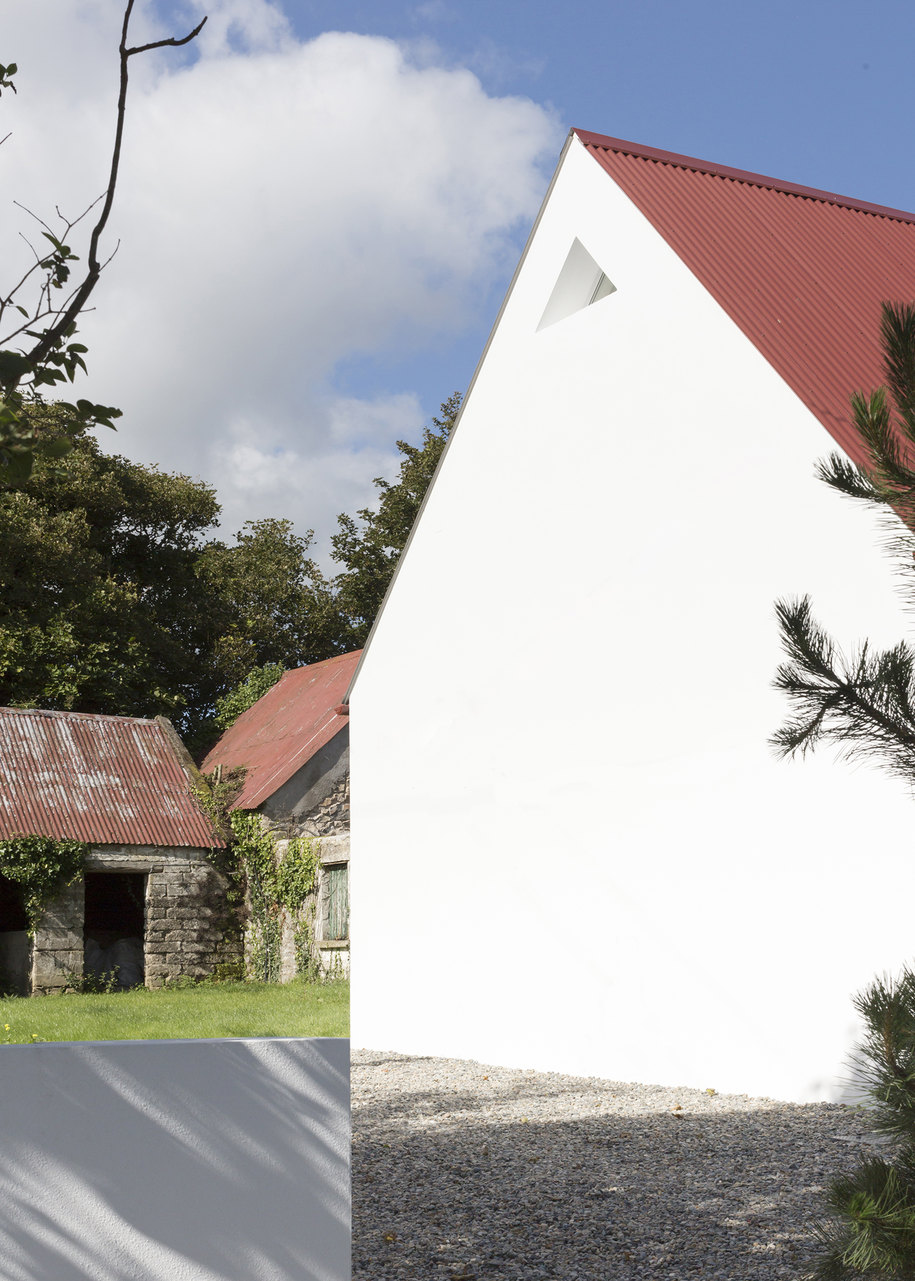 Its layout was typical of the vernacular farmhouse type with a series of simple pitched roof volumes arranged around several yards that provide shelter from the coastal weather. These buildings and yards accumulate incrementally over generations with new structures added to accommodate new uses. 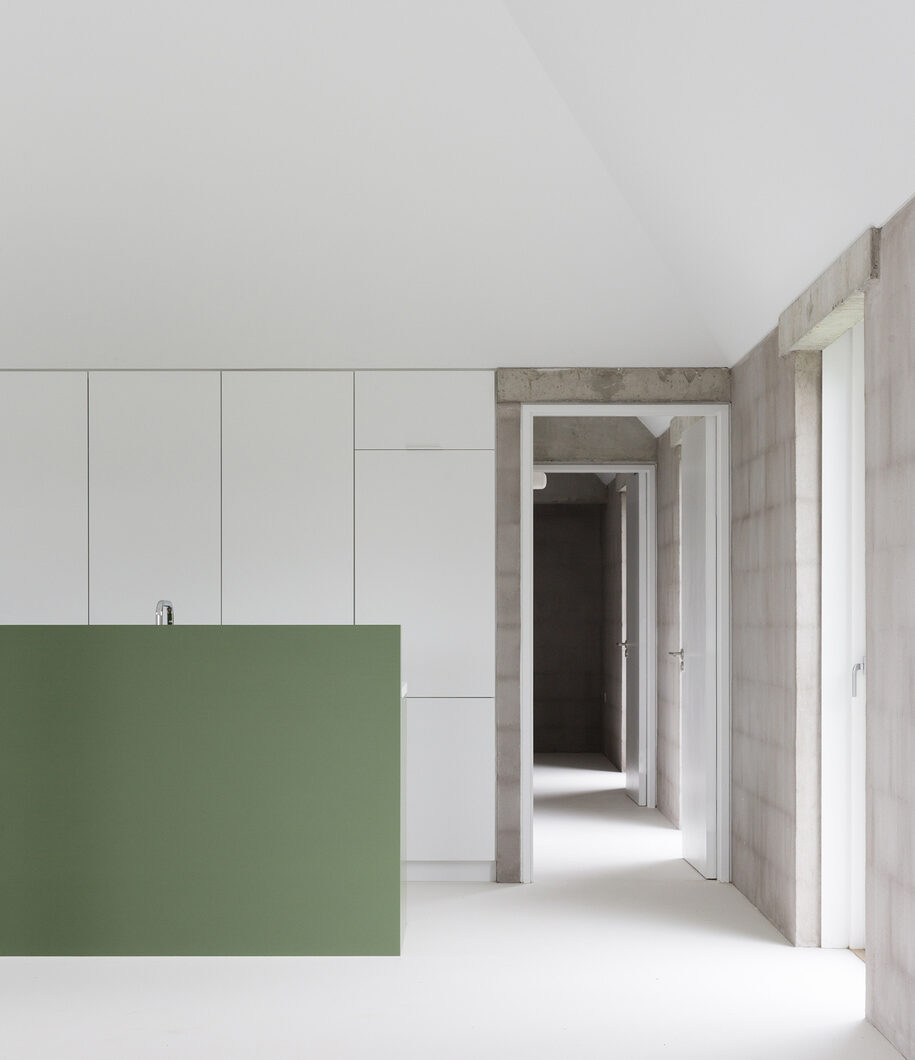 The initial client brief was to renovate the existing buildings – but the architects enjoyed the buildings as ruins.  In their cob and stone walls, in the broken windows and weathered shutters, in the cast iron stove and stable hitches, in the egg boxes and broken books they could see the lives of those who had lived here before and could feel the slow passage of time.

To renovate would be to erase the mysterious joy of the ruin. So they decided to add to the complex of buildings, the way it had always happened in the past, a single simple building. In the process they created a series of outdoor garden rooms within and between the existing buildings. 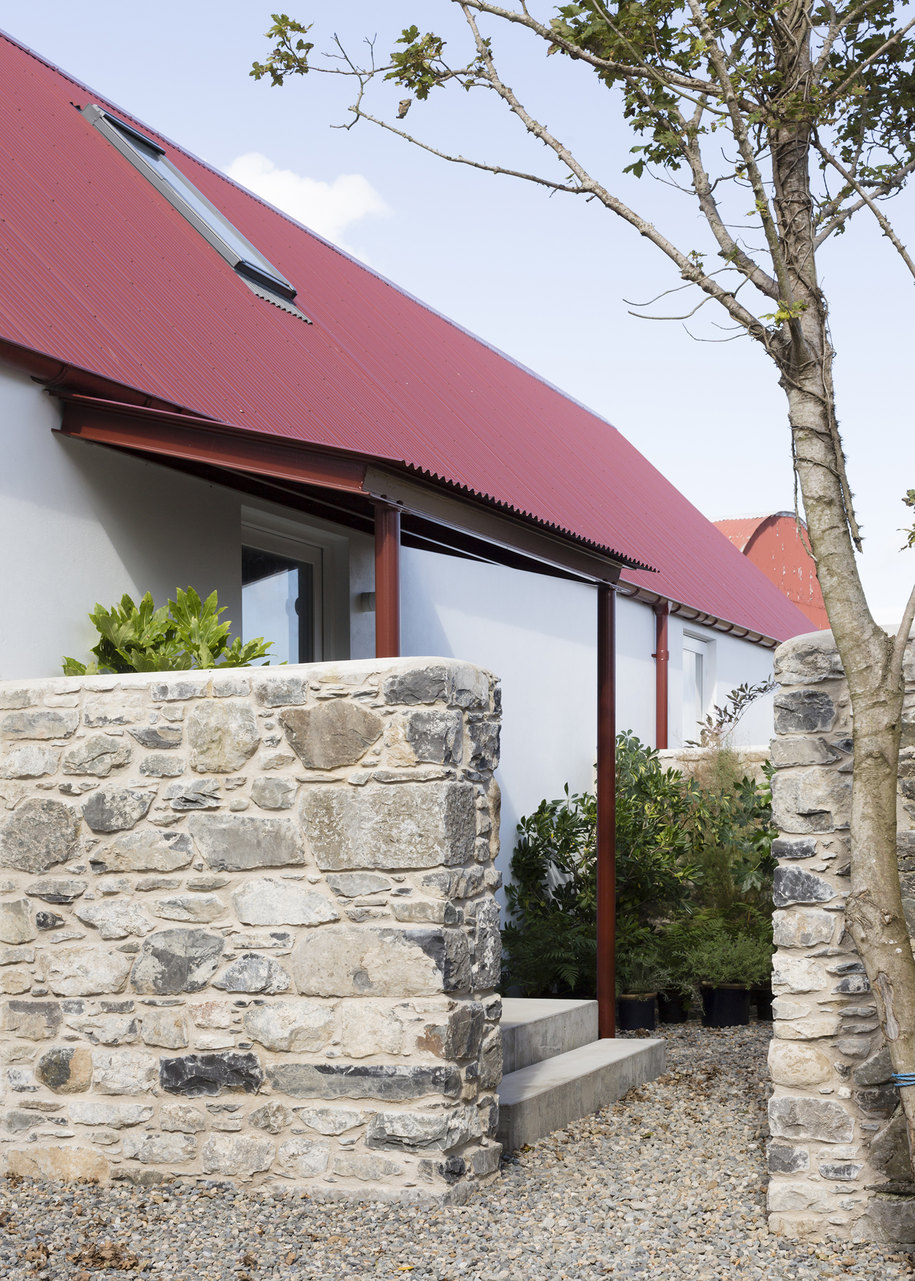 The form and materials are intended to resonate with the surrounding buildings making a house that is simultaneously old and new. 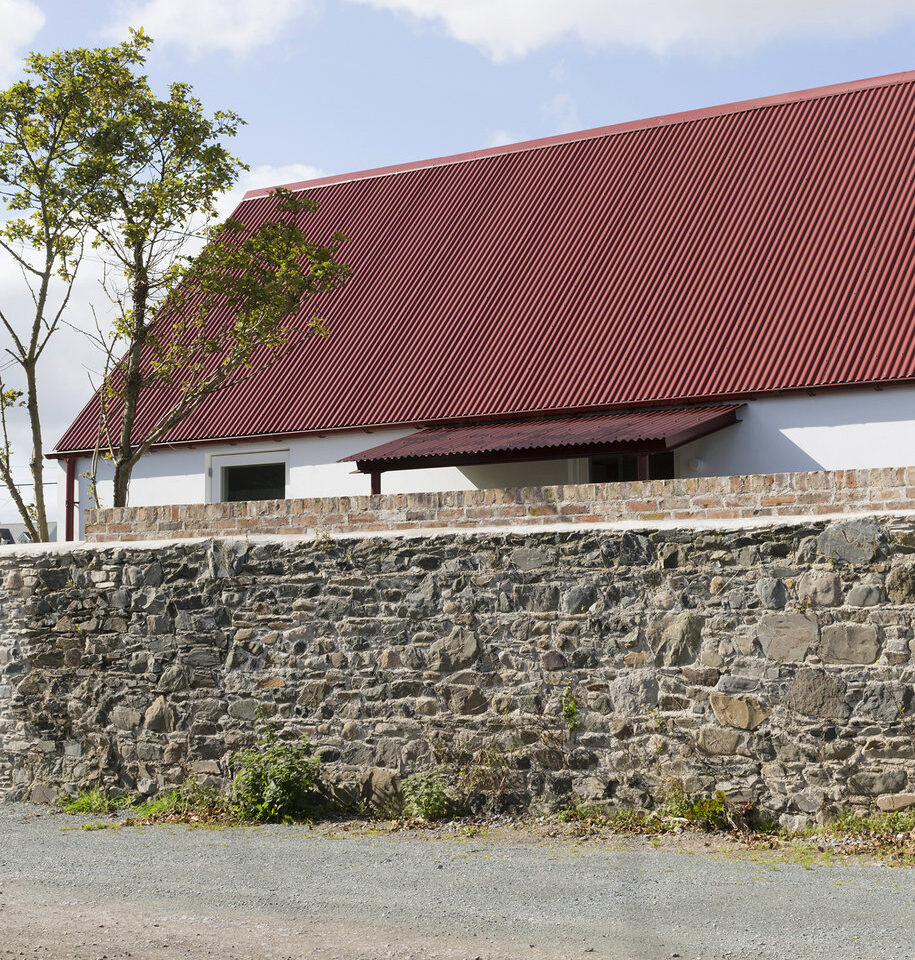 The construction is in simple block walls washed with mortar internally and all of the openings are glazed doors allowing one to move freely between new rooms and garden rooms. The simple pitched roof externally conceals a variety of ‘tented’ ceilings internally giving each room a unique character and playfulness. 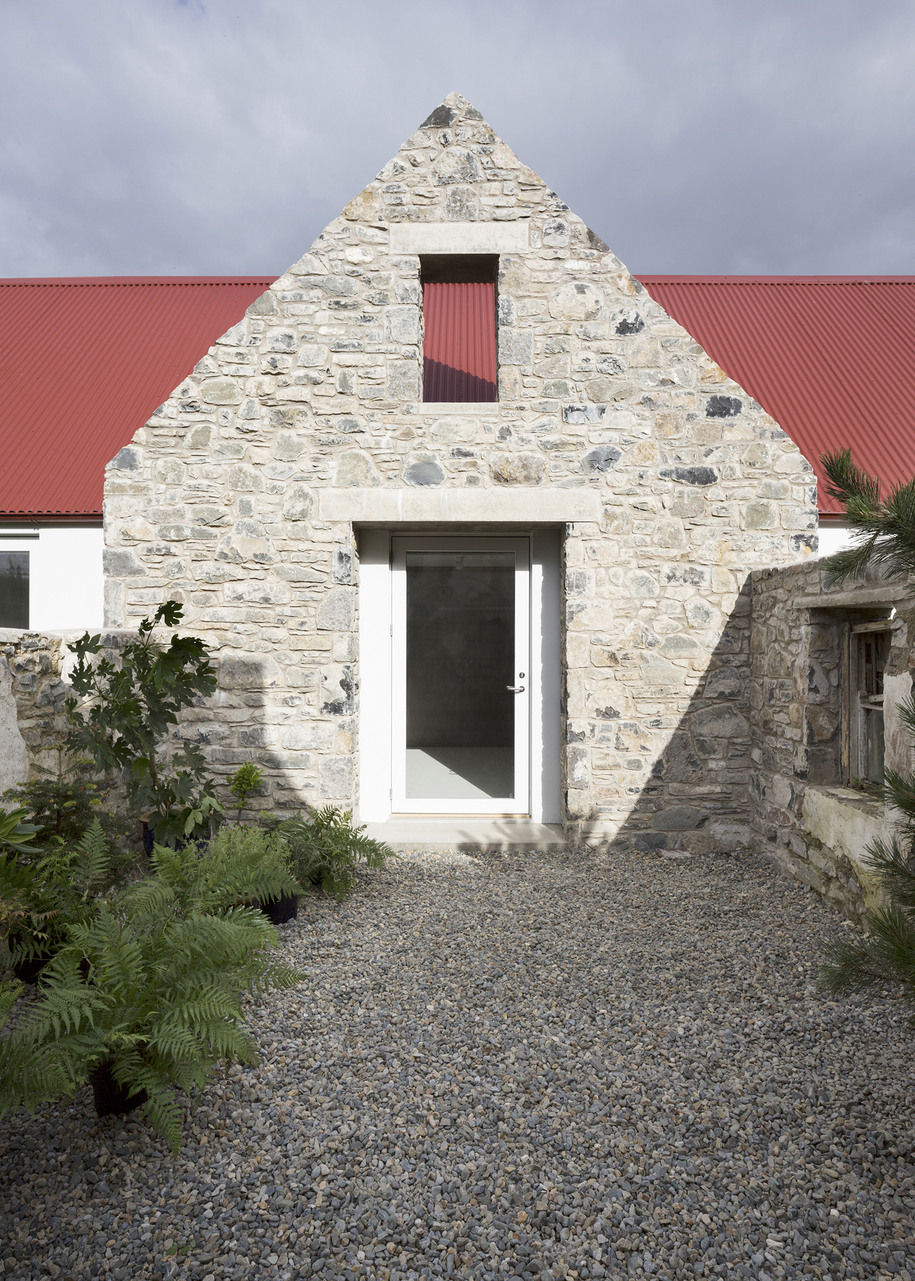