I AGREE
Archisearch https://www.archisearch.gr/wp-content/uploads/old-site/eu-identity-berlin-2.jpg
Is there a European Identity?
Archisearch.gr proudly presents the European Identity – Made in Europe series, on the ocassion of our cooperation with Fundacio Mies van der Rohe. This project continues the debate on the identity of architecture in Europe that began at the 2014 Biennale di Venezia. It reflects a broad, varied panorama, bringing together the views of several architects on a tour of 16 cities, from London to Lisbon, from Bucharest to Trondheim.
This is an open debate around a question that is not looking for a single answer but rather an ongoing reflection that will help us to understand what Europe is, what distinguishes us, what unites us and what makes us different. It shows a broad palette of visions from each architect’s perspective, through their experience as teachers, researchers and practising professionals in and outside Europe.
These different ways of understanding architecture, location, traditions and technology build up a map of visions.
The architects are asked whether there is a European identity, what qualities stand out in their locality as a European city, and also what values they think should be reflected in the European Union Prize for Contemporary Architecture – Mies van der Rohe Award.
All of them have been involved in the Prize as nominees, finalists, winners or emerging architects, but most importantly, they all have a vision of Europe that reveals a Europe with a huge diversity of cultures, languages, techniques and artistic and architectural expression.
They show that our identity is a sum of identities, and that much of our enormous wealth resides precisely in our respect for differences.
The value of the public realm, of harmonious coexistence, of acknowledgement of the local perspective, the connection with what already exists, the city and its layers of history, etc. are transmitted through the images and opinions of the interviewed architects. This is where we can find our common values. 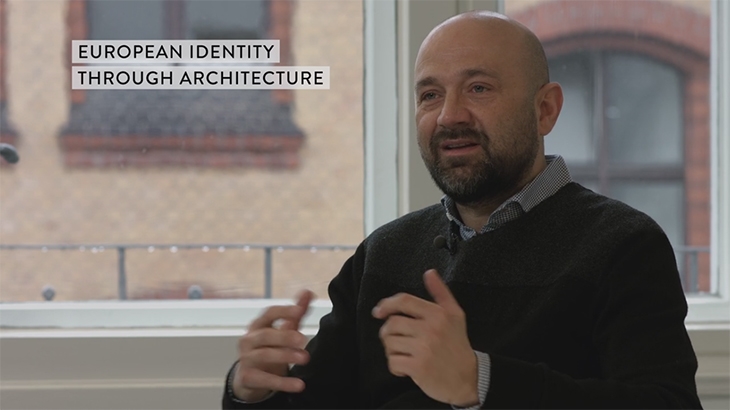